I find myself conflicted about the Purge films at this point. On the one hand they're ostensibly horror films, a blend of action and slasher genres meant to elicit fear and revulsion. Some of that has worn off over the years, though, as the serries has gone on. There are only so many ways you can see people die in the same ways at the hands of crazed assholes over and over again before the visceral fear wears out. I've seen then, and as far as the violence and scares are concerned, the Purge movies don't really have anything new to add. 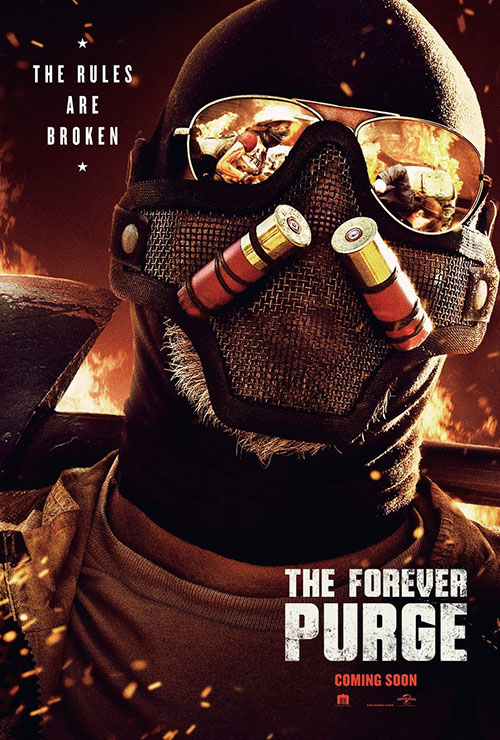 Politically, tough, the Purge films continue to evolve and find new things to say. The films evolved from a simple home invasion premise of the "haves" being killed by other "haves" and they protect a "have not" and evolved it into something more. Now the series exists as a commentary on the fraught political tensions in our current world, a country divided by the extreme right flank while Trumpism rises and threatens to take hold. That is scary in its own right and whole the movies never come out and actuive say the name "Trump" at any point, that orange president and his movement hang heavy over these films.

That's the take-away from this fifth film (both in-story and by release date) in the franchise. The series creator (who still acts as the voice of the franchise, writing all the movies and the television series as well), James DeMonaco, clearly has something to say about the state of the U.S. and is using these films as a call to action against what could happen. Would The Purge ever really happen in our world? No, but when you see all the violence that's done every day, the gun deaths especially, it's hard to argue against the deeper truth of this franchise.

In this fifth film, (picking up four years after the events of The Purge: Election Day), the annual Purge has been reinstated after The New Founding Fathers stormed back into power in the most recent elections. With the purge scheduled once more, everyone heads back to their bunkers and protected houses, ready to weather the night again. On the one side we see the rich Dylan Tucker (Josh Lucas) and his family -- wife Cassie (Cassidy Freeman), sister Harper (Leven Rambin), father Caleb (Will Patton) -- living in luxury on their large ranch estate. Then we have the migrant workers that keep the nearby town, and that ranch, operating -- Adela (Ana de la Reguera), Juan (Tenoch Huerta), T.T. (Alejandro Edda) -- hiding out at a group shelter while the purge rages on. The night ends, they all leave their armored safety, ready to go on for another year in the U.S. of A.

Except this time there's a problem. This year a concerted effort wasy made among the various hate groups online with a simple message: keep the purge going. Instead of stopping when the sirens go off in the morning, just keep killing and raping and doing everything you want to do. It's chaos on the streets as all the followers of the NFFA band together to kill everyone they hate. This leaves not only our plucky band of immigrants but also the rich people they worked for, stuck working together to find a way to escape the U.S. for Mexico (since the rich people helped support the immigrants with jobs, and they're also rich and have things other peple want, they're just as much targets). It's a race to the border with violent militants on their asses the whole way. 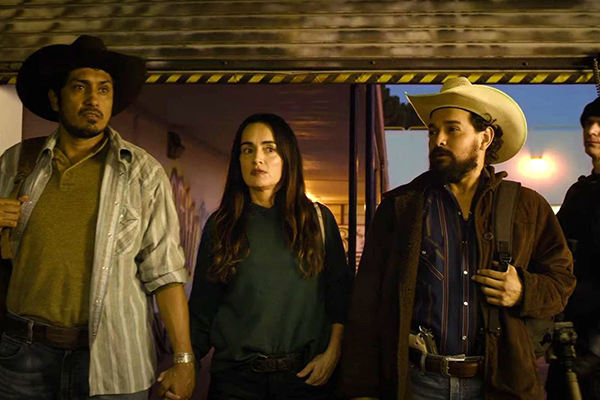 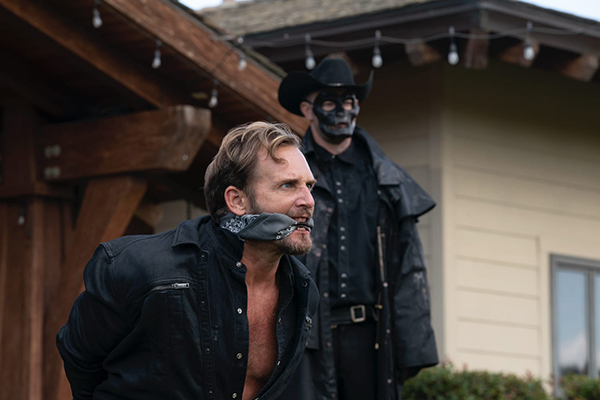 As I noted above, the basics of this movie are more or less what we've seen before. We get people running around in a city, trying to avoid the weapon-toting crazies while they look for some little bit of safety. The difference here, of course, is that the film could be shot in daylight (as the purge doesn't end) meaning we get to see things in well-lit environments. Outside of that, the carnage at the core of the film feels very familiar. People running around, weapons slashed, guns fired, panic ensues. Just another day of purging.

The one sequence that actually felt effective was early in the film after the official end of the purge when Adela shockingly finds out she's still stuck in a purge. Out in an alley she finds a cage with some animals stuck in it and when she goes to help she gets caught in a trap designed to behead her. She does escape, but for a few tense moments this fifth film finds a new way to play with the characters and define the violence of the film. It's fleeting, but this moment stuck with me from The Forever Purge.

When I ended up thinking about more than the violence, though, was the political story of this film. After escaping that attempt to kill her (and killing the attackers), Adela and another co-worker, Darius (Sammi Rotibi) get arrested by the police for purging outside purge hours even though they were clearly the victims just defending themselves. The racial undertones are pressed then, and then emphaized when the two are stuck in a police van with two crazy white supremacists who want nothing more than to kill them. It then just goes harder and harder as clearly Nazi-like whtie supremacists chase our heroes across Texas to the border of Mexico.

When I first watched the film I was sitting there going, "sure, the racial message works, but this world seem stupid at this point." The Purge was abolished in the third film, remember (and the fourth was a prequel), but somehow it's back now. "There's no way a legal precident could so easily be thrown aside for something that was clearly worse," I thought. And then the Supreme Court overruled Roe v. Wade and I saw just a small glimpse of a world where we could move away from doing things better back to a country that just makes things worse. 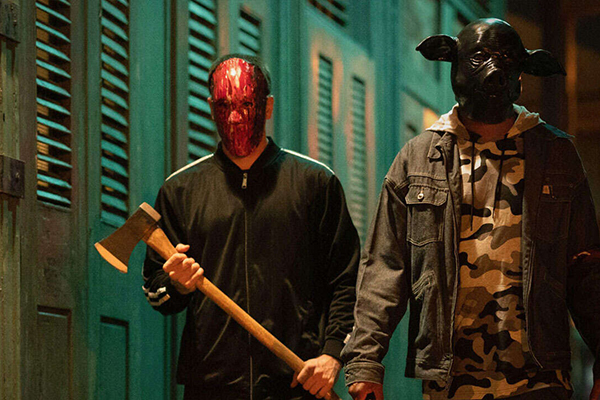 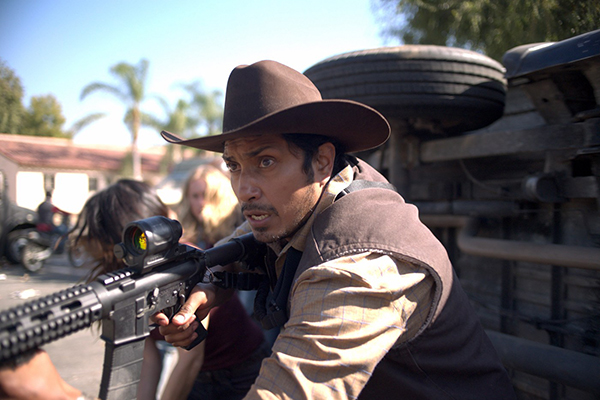 As I said, I don't think that we'll ever get to a point where one night a year people are allowed to do whatever they want. That part of this franchise continues to seem unrealistic, a premise set to allow the film to explore further avenues of storytelling. The idea, though, that we're headed for a rift in the country so bad, so divisive, that the violent crazies may come out and try to kill the rest of us, well, all you have to do is watch the new to see tiny glimpses of that. That, I think, is what The Forever Purge is tapping into and it's where the film is at its most effective.

The film is never boring, to be sure, and it does keep you hooked trying to see if the heroes will make it to Mexico (and just how they'll do it). Purge films are thrill rides, make no mistake, and five movies in they're pretty effective at delivering that ride. We've seen many of the horror beats before, and they may not be that scary anymore, but the deeper political scares, and the thrills that come with it, work well even now and that's how the film truly finds its energy.

It feels like we're on a precipise and we need films like the Purge series to show us how bad things could theoretically get. We need warning signs and flashing lights and people saying, "don't fucking do this!" That is what makes The Forever Purge work so well. It's violent sights may no longer delight but the political message has become only scarier as the series has wound on.