When you say the name John Woo to action fans you'll conjure images of the coolest gun fights around. Bullets flying, glass breaking, doves coming from every direction. John Woo movies are cool, and they were powered by the absolute coolness of star Chow Yun-fat (who starred in Woo's greatest Hong Kong action films). Hollywood tried to import the Woo style into their action films, both by bringing Woo over to direct American movies, as well as having Chow Yun-fat star in a few actioners. By all respects Hollywood was unable to replicate the winning magic. 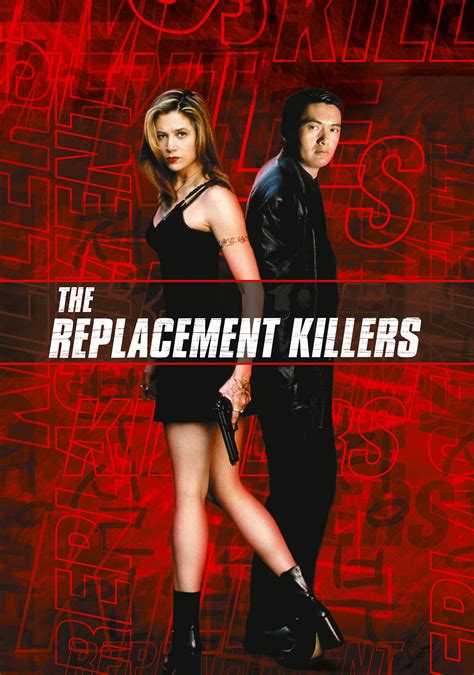 Directed by Antoine Fuqua, The Replacement Killers was one such attempt and, in fairness, it's about the best Woo-style action film that Woo didn't direct. It has Yun-fat in a lead role, it has a lot of gun fights, and it tries (oh how it tries) to replicate the cool factor. It's a watchable movie, one that taps not only into Yun-fat's cool factor but also the grungy action of the late 1990s. That doesn't make it a great film, though, and has the years have worn on (and other, better action movies have come out), this film ends up looking pretty dated, even dull, by comparison.

In the film we first meet John Lee (Chow Yun-fat), a contract killer working for Terence Wei (Kenneth Tsang). Wei is a mob boss for the Triads and he has one way of dealing with people that get in his way: he has them killed. By Lee. Because Lee is very good at his job. However, when a drug bust goes bad and Wei's son is killed by L.A. cop Stan Zedkov, Wei wants his revenge. An eye for an eye. So he sends Lee on a hit against Zedkov to take out the detective's son. Lee tries, but can't take the shot. This puts the cross-hairs on Lee now, too.

Realizing he has to get out of L.A. and back to China (so he can protect his own family back in the mainland), Lee has to get papers and quick. This sends him to Meg Coburn (Mira Sorvino), a forger and one of the best in the business. He ires her to make him a forged passport, but before she can even get to work Wei's men show up. Her place is shot up, and this puts both of them on the run. They'll have to team up and work together to get away from Wei's men, get the papers together, and just maybe save Zedkov's kid from the replacement killers sent to finish the job.

As per writer Ken Sanzel The Replacement Killers was meant to be an homage to the works of Michael Mann. You kind of get where he was going with that as the film has dark men doing dark things, with a lot of violence and tough words. Whatever the writer intended, though, he's on the records stating that the film doesn't really resemble his script at all. Fuqua and his team had a different direction they wanted to pursue with the style of the film, owing more to John Woo and his works, and that led to the movie we got in 1998. 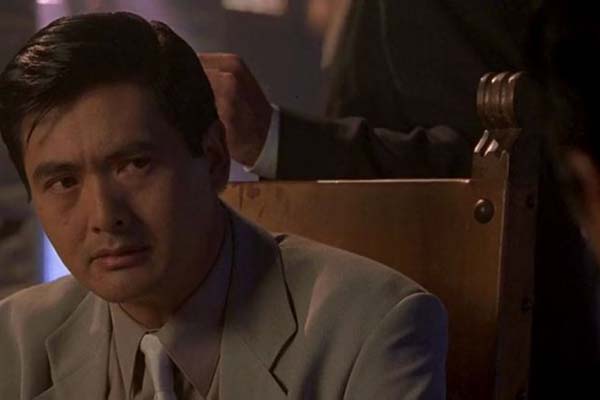 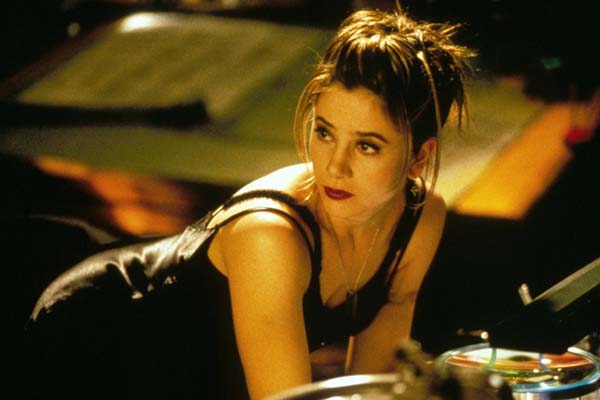 The bones of this movie are solid, mind you. Sanzel's script is lean and effective, getting us through the various beats of the story quickly with just enough plot and character development to keep us interested. It's not a deep film, basically amounting to a series of chases and gun fights with a little bit of character development spliced in, but it works well within the action framework. Certainly this film works well because it has a decent enough story to get you hooked.

And in fairness to the movie the cast is on point. This was Yun-fat's first American film and while is performance isn't always perfect (sometimes he's too reserves, other times a little too over-the-top, as if he's playing a John Woo character) but it works well in the context. Sorvino, though, totally kills in here. This is one of the few times she got to play an action heroine and she clearly had a blast, putting on layers of tough gal armor before picking up guns and blasting away. Plus she sells the chemistry between her and Yun-fat so well, basically carrying much of the character interaction in the movie. It's a solid performance.

Where the film loses steam is absolutely in its action. This was also Fuqua's first big film and it's pretty clear he wasn't exactly sure how to film all the big set-pieces. There are lovely long, tracing shots of characters walking, running, and climbing that work really well. Wen the guns come out, though, everything starts to feel like amateur hour. Thing get choppy, characters shoot at each other from random points in space that don't always feel like they're connected, and it feels like the gun fights resolve not because a character we skilled but because it was preordained. There's no life to the action.

The action is bad enough that it makes all the "professional, highly skilled" contract killers look like bumbling goofs. They have the aim and skill of stormtroopers, unable to hit someone right in front of them despite their years of training. This is a flaw in the direction, but I also blame the editor as they took some terrible shots and angles sometimes and used them no matter how well they worked for the character. Hell, one time Yun-fat was clearly blinking his eyes every time he fired his gun, which a pro shouldn't do, but that made it into the movie. It's really bad. 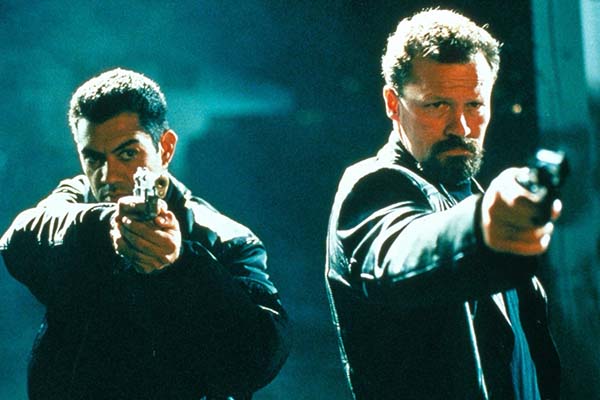 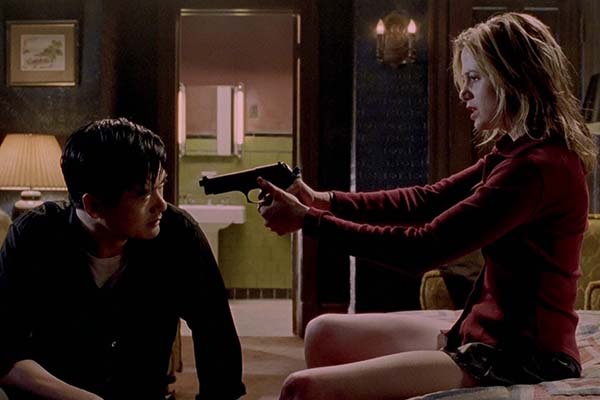 And while we're on the topic of things looking bad: the costumer really needed to let poor Mira Sorvino have a full shirt. About a third of the way into the movie her character changes clothes and she gets a blouse that can't button up over her bra, leaving her lacy undergarment (and cleavage) spilling out. From that point forward more and more buttons come undone until the shirt is more of a suggestion than a garment. Why? No clue except that apparently Meg doesn't know how to buy shirts that fit (or use buttons). It's pretty dumb.

What the film struggles with is balancing its story, which is good, against it's baser impulses, which are bad. This is a solid and dramatic script paired up with the action movie sensibilities of a teenager. It works, but only through sheer force of will. It's a watchable movie even still, but you can't hep but wish a better production team had been put on the film. So much of this film works despite itself that you have to imagine just how much better it could have been in truly capable hands.