Assassinations with the Power of Math!

There was a time where it was easy to make fun of Ben Affleck. He starred in a series of mid-teir, big-budget films, many of which became jokes after they were released (like Pearl Harbor, Daredevil, and Gigli). At the same time, though, the man can actually do serious acting and do it well. The reason he's lasted as long as he has in Hollywood is because he has genuine talent, he just doesn't always pick the best material. 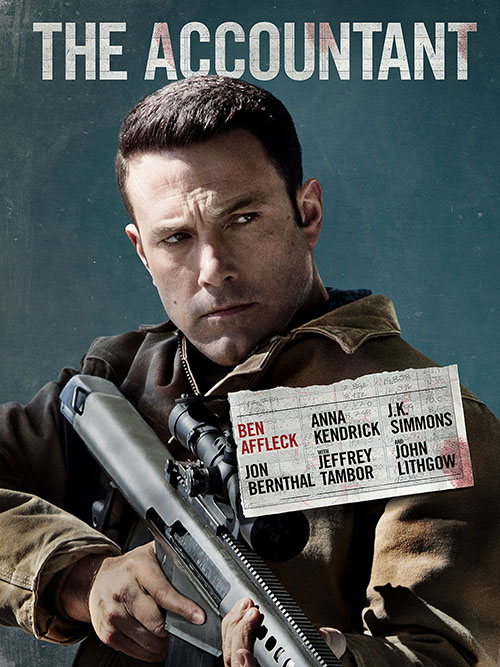 A solid example came in 2016 when, poor man, he played BatmanOne of the longest running, consistently in-print superheroes ever (matched only by Superman and Wonder Woman), Batman has been a force in entertainment for nearly as long as there's been an entertainment industry. It only makes sense, then that he is also the most regularly adapted, and consistently successful, superhero to grace the Silver Screen. in Batman v Superman: Dawn of Justice, and while that film made an ungodly amount of money ($873 Mil against a $300 Mil budget) it was generally considered a disaster by just about anyone that watched it. The one thing most could agree on, though, was that Affleck made a pretty credible Batman. He showed he could play multiple sides of Bruce Wayne there an while the later theatrical release didn't do him any favors (Joss Whedon's Justice League is an utter mess), Affleck showed he could be a superhero on the big screen.

Interestingly that same year saw him act as a superhero (of sorts) in another film clearly meant to start a franchise. That film, The Accountant, was a mid-tier actioner made on a much smaller budget (just $44 Mil), and yet it gave Affleck a character that could easily go onto star in more movies (with a sequel reportedly still on the way at some point, some day). Viewed through the right lens The Accountant is Affleck's answer to Jason BourneLost without his memory, but bearing a particular set of skills, Jason Bourne has to figure out who he is and just why everyone seems to want him dead., a more grounded hero with a particular set of skills, and in he right hands he could go on to have many more adventures in the future.

Oh, and his character his autistic. The movie is very up front about this, making his autism not only a character trait that lets him be good at math (Hollywood productions always love to say, "hey, this autistic person is a superhero when it comes to math!"), but also something he has to struggle with every day. While I don't know that this is the best depiction of autism out of Hollywood it certainly is up here, showing it as something he has to fight through every day. I suppose if you're an autistic kid, though, and you see a guy on the big screen fighting bad guys, pulling off cool kills, and doing this while still fighting through their own problems, maybe that gives hope you can too.

In the film we get, frankly, a rather convoluted story told across a few different plot lines and at different points in the character's timeline. The A-plot is all about Christian Wolff (aka the Accountant, played by Ben Affleck). Wolff, a brilliant accountant who likes to help his clients make the most money they can, especially if they're otherwise poor and would get screwed by local laws and the government). He gets called in to look over the books of Living Robotics, a tech firm run by seemingly brilliant and altruistic Lamar Blackburn (John Lithgow). A discrepancy was found my company accountant Dana Cummings (Anna Kendrick) and once Wolff gets in he pulls all the books apart and finds a very deep, and very illegal, rot within the company's finances. This immediately causes the company to lock down and end his investigation, and it puts a target on the backs of both Cummings and Wolff. 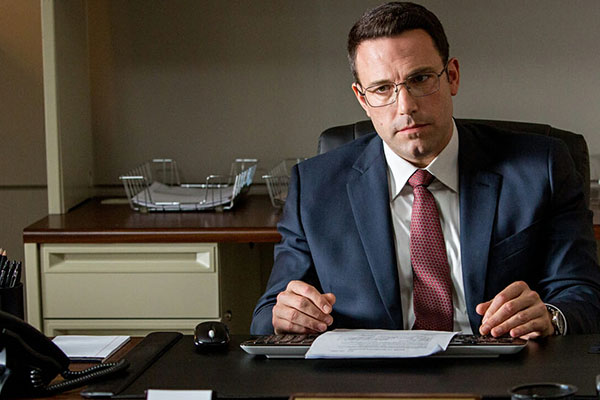 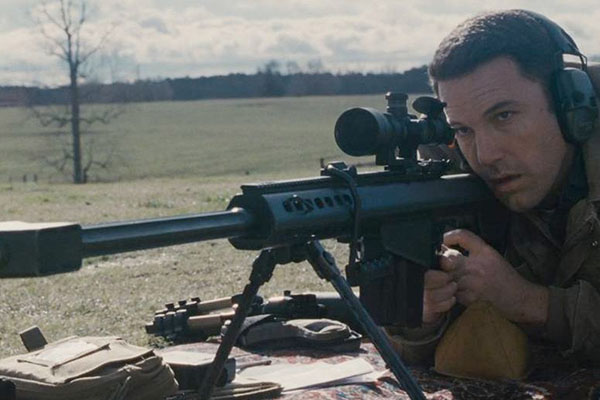 While this is going on we get flashes of Wolff's life, growing up with autism with a dad who doesn't trust others to treat his boy. He trains his sons (one of whom isn't autistic) to fight, to use their strength and their brains, to be the best warriors they can be (because the world is going to be unfair to them). We see him grow up, learn his skills, spend a stint in prison (where he picks up more skills and knowledge) all before becoming the Accountant. And along with this there's yet another plot about a U.S. Treasury Agent, Marybeth Medina (Cynthia Addai-Robinson), tracking the Accountant, a shadowy figure who seems to work for low-lifes but, also, calls in tips to the Treasury to put the worst of the worst of them away for good.

So not all aspects of this story work as well as others. The main plot line, with Christian investigating the tech company, is a simply story and, frankly, it only really leads to about 30 minutes of story for the whole two-hour film. A similar amount of time is devoted to Christian's backstory, time spent on Jon Bernthal's shadowy bad guy who seems setup as a foil for our Accountant. And then a lot of time is spent on the Treasury side of the story as he agents close in on Christian only to have it then be revealed that our Accountant is kinda working with them all along.

From one perspective this film is one twist on another on another, creating a house of cards that doesn't really build up the way the movie expects. The weakest story is the Treasury side because, frankly, it doesn't really go anywhere. The reveal that the Accountant is working with Medina's chief (played by J. K. Simmons) comes with the movie revealing the chief wants Medina to be the next agent working with the Accountant. This, comes, though, after the Treasury raids his home, tears apart his life, and seemingly wants to arrest him for financial crimes. And yet the chief really wants to keep using him and his knowledge. So so they want to arrest him or just... meet him? That's never actually clear and I don't think the movie even knows.

Put another way, this film is padded with a lot of different stories all meant to build up the air of mystery and intrigue around Christian. It's essentially making him into Batman (in a different form). Once you see how all the pieces connect you realize he has his own "Bat-Family" (even with his own kind of Alfred), a connection to the police to aid him with his vigilante justice, and the wealth and means to fight crime any way he chooses. There's never really any threat to Wolff's life as he's more than capable of being a bad ass and getting away with it, and we never even really worry that the cops will get him as it's just not that kind of action-thriller. He's a superhero and the superhero always wins. 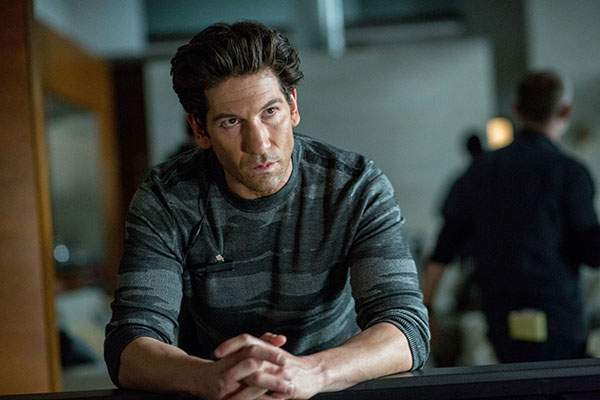 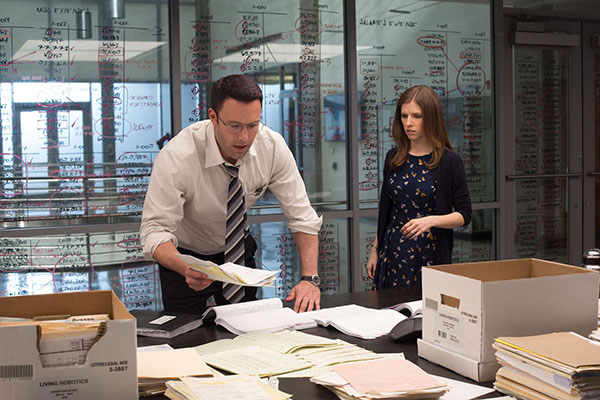 Despite this, though, the film is very watchable and I think that's mostly because it invests so heavily in Christian as a character. it shows his weaknesses and his flaws and it doesn't sugarcoat his life (at least, not completely). Meanwhile Affleck plays the character credibly, investing as much as he can in Christian to make him believable. I don't directly know anyone that is autistic so I can't speak to just how well he plays an autistic adult man bu it does look pretty solid from an outsider's perspective. Certainly it treats this character more realistically than most depictions of autism.

End of the day The Accountant is a shallow but fun little actioner. It wasn't going to be a big success but it did make enough money for its cred to grow over time. I see it regularly pop up on featured lists on streaming services (like HuluOriginally created as a joint streaming service between the major U.S. broadcast networks, Hulu has grown to be a solid alternative to the likes of Netflix and Amazon Prime, even as it learns harder on its collection of shows from Fox and FX since Disney purchased a majority stake in the service. and NetflixOriginally started as a disc-by-mail service, Netflix has grown to be one of the largest media companies in the world (and one of the most valued internet companies as well). With a constant slate of new internet streaming-based programming that updates all the time, Netflix has redefined what it means to watch TV and films (as well as how to do it).), so people are watching it time and again. It might not be the best action film but it is solid and watchable and that's more than enough to give it legs. It's a streamer-filler, a fun thing to turn on when you're looking for something to watch, and it passes the time ably enough. Sometimes that's all you want or need.