The Future of Humanity Rests In the Resistance

Anyone that's read this site for any length of time will know that I have a certain affinity for rebooting popular properties. Hell, we have a whole series of podcasts for reboots, covering just about every franchise we can think of. The second reboot 'cast we did was all about Terminator as, well, that franchise is kind of in the toilet. Fans might have their opinions about which of the more recent films are good or bad -- the conceptually interesting Terminator: Genysis that was flawed in execution, the back to basics Terminator: Dark Fate that struggled to give us anything new -- but it's evident from the Box Office returns that audiences just aren't buying what TerminatorIs it a series about a future nuclear war and the survivors of the aftermath? Is it a series of chase movies set in the present day? Is it a series about time travel? That fact is that the Terminator series is all of those concepts. The mash-up of genres and ideas shouldn't work, but the films have proven adept at mixing into a heady series unlike any other. is selling. 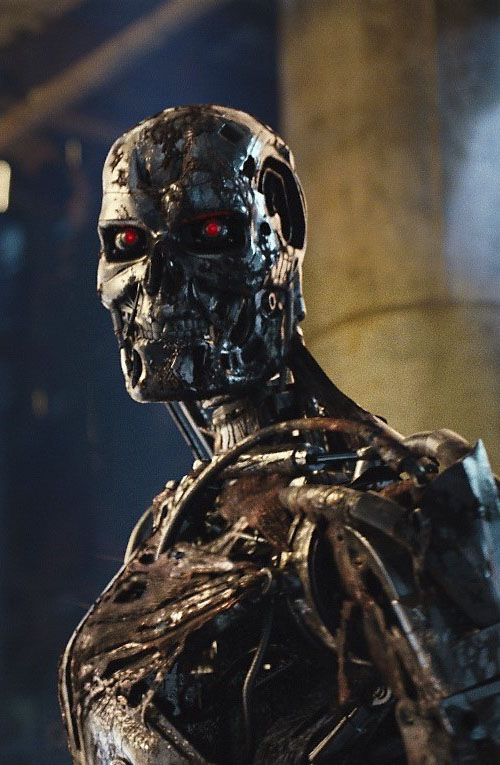 How did the franchise get this way? Fans can hash out the fine points about that but my money is on the franchise simply not having any new ideas. Fans are in agreement that the first two films -- 1984's The Terminator and sequel Terminator 2: Judgment Day -- are the essential entries in the franchise. Whatever else that came after -- cheap cash-in Terminator 3: Rise of the Machines, plodding future-set Terminator: Salvation, and the two recent sequel/reboots -- generally couldn't come up with enough new stuff, and make that new stuff work, to interest anyone. There are bright sparks here or there, but generally each movie since the second has been bad for a number of reasons.

There was one Terminator entry beyond the first two that was worth watching: >The Sarah Connor Chronicles (S1, S2). That show took a number of risks with the franchise, creating stories that were more than just "Sarah and/or John is on the run from a Terminator while another Terminator aids them". It had to; that kind of story could only work for a few episodes and then it was tired out. So, instead, the show focused on the future war, multiple timelines, and trying to prevent the apocalypse from happening. It, sadly, strayed too far from the format for average audiences but it was a critical success (which is more than can be said for the other sequels).

Looking at the series it seems evident that a sequel has to tread a fine line between doing something new and following the expected beats. If Sarah Connor Chronicles strayed too far (and maybe had too slow of a pace) then we need to make sure there are beats just familiar enough that fans are interested. At the time, yet another chase with the Connor family is out; we've seen that too many times in too many forms. Instead we should look at a fresh idea, a new way to align the franchise. To that end I would like to present a pitch for a sequel that finds a new path the tread through the familiar. I present:

Instead of focusing on a Connor (as the original movies all did, or some analogue for them), we instead open with Detective Nora Lockwood (I'm bad at names so don't judge). The Detective, just coming off a shift, drops her stuff at home before checking her Internet feeds. She gets a message from a date stiffing her, leaving her without much to do on a Friday night. She showers, changes, grabs her gun and badge (because you never know when you might be on call) and heads to a club for a night out. She gets to a place that's loud, grabs a drink, and finds a table in a corner so she can watch the crowd and listen to music.

As she gets into the music a big guy comes over and gives her a nod as if saying, "can I grab a chair?" She gives a dismissive nod like, "free country but I'm not really here to talk," which, well, should be clear from the loud music. He sits and hangs onto his drink while also watching the room. As the music pulses she takes a glance over and notices he's a good looking guy. She eventually relents and starts up a conversation, talking about this or that, and he chats back. His eyes are on the crowd, but he does glance over from time to time so she knows he's engaged.

Things take a turn, though, when a woman comes running in as if in danger. A man runs in behind and the guys our Detective was talking to suddenly stands. The sketchy guys pulls a gun, table guy pulls a gun, and suddenly there's a gun fight in the middle of the club. People, including the girl that came running in, get blasted, and then the chase is on between the two men, both out the door of the club and down the street. A people scream and run out of the club the Detective checks the dead, finds them all quite dead, then runs out the club, stopping at the entrance to shout at a worker to call the police.

Then the chase is on. Nora runs to her car as two others go tearing out of the parking lot, with one of the men she recognizes in one of the vehicles. The three cars go chasing down the streets and she calls in her position to dispatch. Other cops cars arrive in the chase as it heads from the business district into an industrial zone. Things come to a quick and sudden end when one of the two cars plows into the other, sending both into a factory, breaking through industrial equipment and foundry gear before both cars explode. The police cordon off the area and investigate but both men are clearly dead, just chunks of meat and, curiously, a lot of metal around the area. The Detective finds a bit of what looks like a metal hand, but gets pulled away as the forensics people quickly arrive at the scene.

Later, after explaining what happened to another officer on the scene, Nora is joined by her partner, Caleb Green. He brings her a coffee, which she gratefully accepts, and the two head out further afield to talk. She asks about the woman at the club, which Caleb says was a, "Ms. Olivia August." Nora asks who she was and Caleb shrugs. "Just a waitress. No connection to anything I could find on my search before I came over here." Nora nods and the two chat for a couple before Nora walks off. As she nears her car, though, she finds a pamphlet, half burned, which she thinks must have been from one of the cars in the explosion. It's for a church, the "Gathering of the Future", and, after a quick look back at the scene, she pockets the brochure and drives off.

The next day, at the station, Nora does a search on that church. She sees that a number of files are tagged to a Detective Joe Whitmer, so she heads over to his desk which, in classic movie fashion, is deep in the building in a section of "records" that no one goes to other than Joe. She says hi and they get to talking about the Gathering of the Future. Joe, who handles a lot of weird cases with cults and other "out there" groups, describes the Gathering as, "largely harmless. Gun nuts, sure, but they don't seem to want to overthrow the government or cause a mass-casualty attack. Their whole thing is preparedness for whatever may come from an outside force." Joe says he never could get them to say who the outside force was but it wasn't the American government and he believed them. After meeting with them more than once, and finding them to be generally open and friendly, he wrote them off and moved on to the next place on his list.

Deciding the lead was at least worth looking into, Nora heads out to the Gathering, which is an old church that sits in a mediocre section of town. She heads up to the building, finds it open, and goes inside. There are a few people there, talking, but they all clam up when she enters. One of them comes over with a dog and the doggo gets out of its leash and comes over, which causes everyone to go tense. But then it barks happily and gets some heads scratches and they all relax. Nora notices but doesn't comment. She asks about their group, asks if they know the guy from last night in the club incident. She doesn't get a lot of answers, but she is suspicious. Instead she heads off and decides to stakeout the place, to see what they're up to.

Her stakeout continues into the night, when one of the Gathering groups comes up to her car with a coffee and offers to chat. "You've been here all day. Did you want to come back inside?" She laughs, and gets out of the car, stretching. The guy offers a smoke, which she declines, and the chat while she sips the coffee. The guy is more forthcoming than the rest of the congregation, talking about, "yeah, there's a war coming. Can't you just sense it. Something in on the horizon and you gotta be ready, man, 'cause when it happens... BOOM!" Nora smiles, but then looks over and sees someone else going over to the Gathering's building. "One of your guys?" she asks, but before she can get a response she hears a lot of barking as the guy goes in, and then suddenly there's a big explosion.

She gets up from where she was ducked down to avoid any shrapnel, and looks around to find no one else nearby, the other guy having pulled a runner. This send her head spinning. What is going on? Who is behind all this? And this just sends her deeper down the rabbit hole, looking for anyone associated with the Gathering, what connection they might have to the attacks on their people, and just what all of this had to do with the club incident. And, by the time she digs in deep enough, she just might come to realize that the future war they were talking about is being fought, right now, in the heart of the city.

It's at least a way to give the franchise a new launching point without ever saying, "hey, this person is the leader of the future. We need to protect them while they take five movies finding their own agency." That ship, for the series, has sailed.