Sci-Fi, as a genre, is generally lumped in with Action. I remember working back at Blockbuster Video (instantly dating myself) and the movies (if I want to really date myself: "tapes") were organized by genre. Comedy, Drama, Drama Classics, Action, Action Horror, Action Sci-Fi. If it was a Sci-Fi film, whether it was really action oriented or not, it went into the "Action Sci-Fi" genre which, let me tell you, made it impossible for some customers to find movies they were looking for. 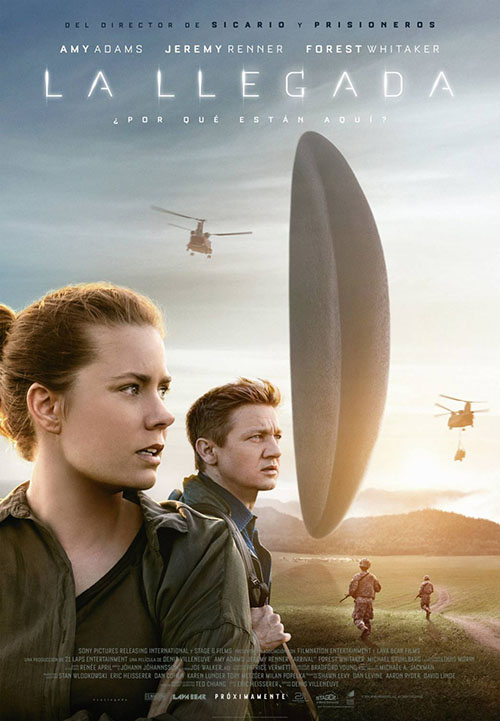 That speaks to what most people expect from a Sci-Fi film. We want explosions and cool effects and things that will blow our mind, and while you can get mind-blowing storytelling without action, it's rare that you get "good" Sci-Fi films that don't seem to play right into the action genre. "We can do this tale of alternate realities, and you can have all the character moments you want, but you still gotta give us an action beat every ten minutes." That's the Hollywood way of thinking.

Needless to say, then, I was really impressed by 2016's Arrival, a film that manages to give all the mind-blowing storytelling without relying on action beats to drive the story forward. It's a cerebral movie, one that wants you to think more than just feel action, and it barely has any major set-pieces at all. There's a couple of minor CGI moments, but most of what we'd consider "special effects" is limited to the exterior of a non-moving space ship and a couple of aliens just talking behind a pane of glass. Aliens this is not.

And yet that's what I liked most about this film. This is a movie that tries to present a credible idea of what first contact could look like without saying, "aliens bad, must shoot them." Instead the whole movie is about language: trying to understand the aliens, trying to get them to understand us, and accepting the limits of communication while also furthering dialogue. Thus the main character isn't an army guy, or a pilot, or a dock worker who is the only one that knows "how to kill these things." Instead we're given a hero who's a linguist, a character deeply committed to their goal but who never once picks up a gun. It's a fascinating turn made even better by a fascinating movie.

Based on the Sci-Fi novella "Story of Your Life" by Ted Chiang, Arrival follows Louise Banks (Amy Adams), a linguist who, we learn at the start of the film (via montage following the child growing up), loses her twelve-year-old child due to an incurable disease. Working as a professor at a university, Louise has helped the military with translations before. That's why she gets the call with twelve mysterious, gigantic spaceship take up position around the Earth. They don't attack and, by all accounts, seem more interested in forging a dialogue with humanity. That means the military needs someone that can talk to the aliens, so they call in Louise. 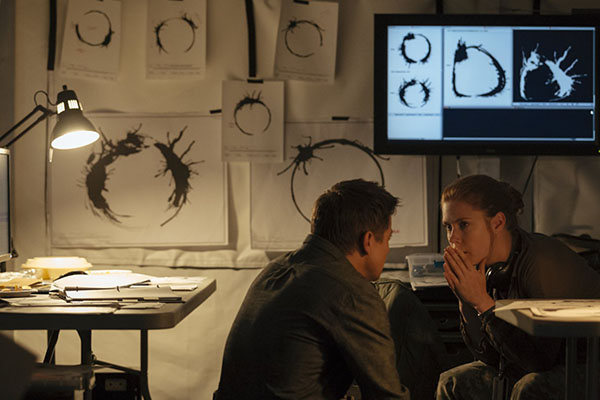 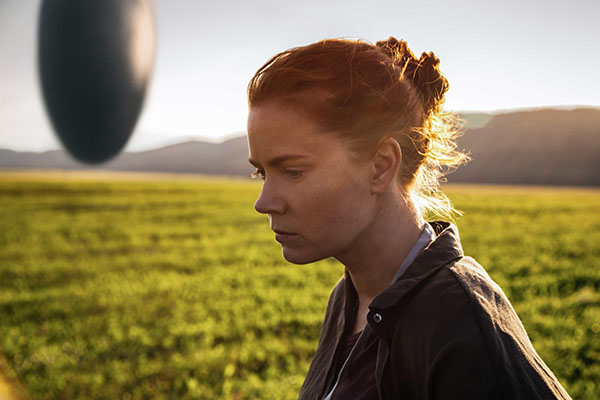 Dr. Banks ends up working with theoretical physicist Ian Donnelly (Jeremy Renner) on the project as the two are able to go into the alien spaceship once every 18 hours (for 2 hours) to try and communicate with the aliens. Although the military, represented by Colonel Weber (Forest Whitaker) and CIA Agent Halpern (Michael Stuhlbarg), want her to move quickly, Louise knows you can't rush language when you have no understanding of how the other beings even build their language. So they go through basic vocabulary, come to an understanding, and then, over time, begin to piece together the heptapod (the name for the aliens) language. And as Louise starts to learn their language she begins to think the way the aliens do, and the discoveries she makes about their perception and their view of time and the universe, could change the path humanity takes for their rest of their existence.

Arrival is a trippy movie, one that does its best to hide its secrets early on and misdirect away so you're left guessing what's going on until the end. That means there are twists to the film that, even now, five years after the film's release, I don't want to spoil. It's a great film and, going back and watching it for a second time, I was just as enraptured by the tale Arrival told even knowing the twists and turns it would take. That's the mark of a great story: even knowing the twists you're still invested in the story. It's about more than the mystery.

It helps that the film is grounded by an absolutely fantastic performance by Amy Adams. There are actors where you say, "man, I just don't believe you as a scientist," because they just don't have the presence to pull it off. Adams has the presence, which she showed back in Man of Steel, to put herself into a character and become that person. She might be a Hollywood actress, a "classic beauty" as some would define it, but what really counts is that she's believable as a linguist here (or a reporter there, or whatever else a film asks her to become).

The same can't really be said for Jeremy Renner. He's here because Adams's character needed a love interest (this is a Hollywood film after all), and Renner was one of the top leading men at the time. He's not bad as Ian but nothing about him says, "scientist." Not his presence, not his look, not his attitude. Jeremy Renner is playing Jeremy Renner here, but it works well enough because he's largely a support role to the bigger hero, just like Renner played as Hawkeye in the AvengersMarvel's answer to DC's Justice League, this team features many of Marvel's biggest superheroes working together to protect the world and avenge its evils. films. Renner is support, that's the character he's good at playing, and it works well enough here. 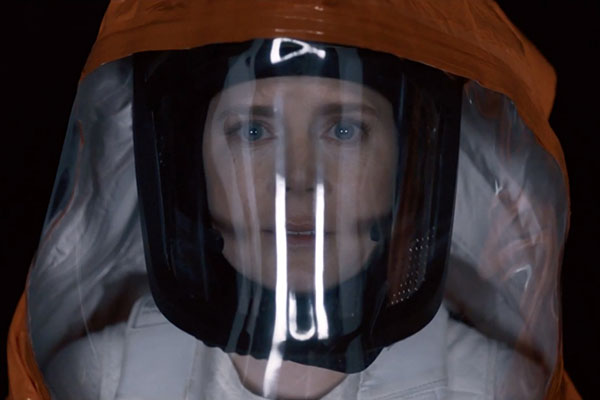 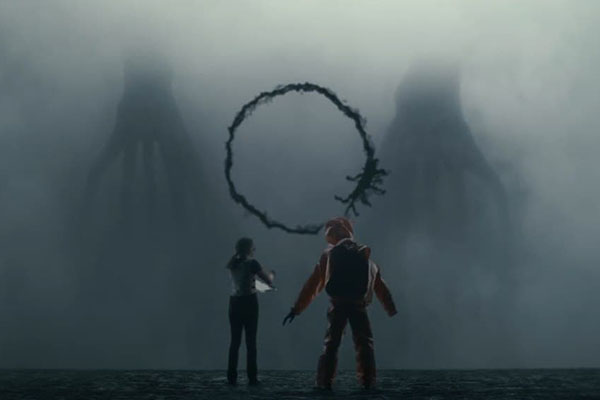 It's Louise's show, though, as she works through the alien language and tried to find a way to communicate with their very different creatures. There is no action, and yet it feels action packed as the aliens and Louise communicate via written words and concepts. It's not a thriller but it feels thrilling watching these characters navigate this tricky situation and learn to see each other. It's not a pulse-pounding film, and yet it builds to a climax that feels just as action-packed as any big blockbuster... just without any major set-pieces. It's amazing.

I don't know that there are many films like Arrival, and that's part of what keeps me coming back. It's such an interesting, singular film with a great climax that builds on everything that came before. This is the kind of Sci-Fi film I have to recommend to everyone because you won't find anything like it around. And, it's just so good.