A little while back we touched on the John Wick series, a set of films that proved that, even later in life, Keanu Reeves was still a bad-ass. Those films worked because, not unlike Tom Cruise, Keanu is willing to do all his own stunts, and because of that the directors can get all the angles and film from any part of the scene they want. The consistency of the material is never in doubt, and Keanu can handle himself well enough to look like a bad ass mother fucker. That's highly important. 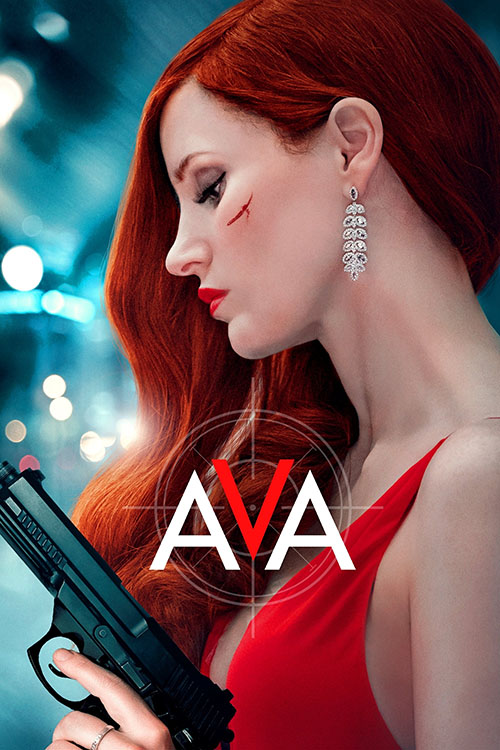 After Keanu proved his bona fides, other actors came out of the woodwork to have their own "John Wick" style adventure which, really, was just an extension of the Liam Neeson-inspired, "Like Taken But..." genre that cropped up after Taken proved to be such a success. If anything, John Wick subsumed that genre as Keanu was even better at being an aging killer than even Neeson and his "particular set of skills". Even now, actors still want to get their "John Wick" on and prove they can be bad-asses, too.

That brings us to Ava a film starring Jessica Chastain as an assassin with, as they say, "a particular set of skills." Chastain has been in a lot of movies in the last 10 years, although in most cases not as an action heroine. I'm not sure if Ava was intended to launch an action film career for the actress, but this film isn't going to do for her career what Atomic Blond did for Charlize Theron. While the film is pretty good, it doesn't quite come together as a whole. Worse, though, it never quite paints is contract killer as the bad ass everyone seems to think she can be.

In the film were introduced to Ava (Chastain) in the middle of a job. She to take out a financier, so she manages to pretend to be his driver, seduce him, and lead him out into the middle of nowhere so she can kill him. Before doing the deed, though, she asks him if he knows why he has to be killed (a question for which he has no answer). This is a habit she's developed over the years of working for... whoever it is she works for, asking her kills why they have to be killed, and this puts her on the bad side of her boss, Duke (John Malkovich), and his boss, Simon (Colin Farrell).

When her next job in Saudi Arabia goes tits-up (due to bad intel), Ava has lay low and take some time off. She decides, then, to head home and see her family that she hasn't actually visited in eight years: mother Bobbi (Geena Davis) and sister Judy (Jess Weixler). However, the company still wants to deal with Ava, and that means permanently. While Ava gets mixed up in her family's problems, hitters come calling and Ava has to deal with these intrusions, all while trying to reconnect with people she hasn't seen in years. 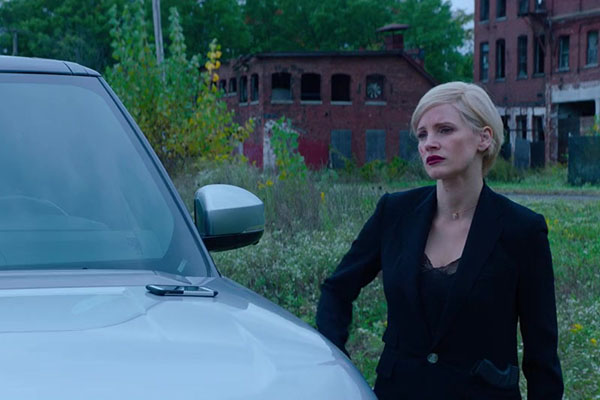 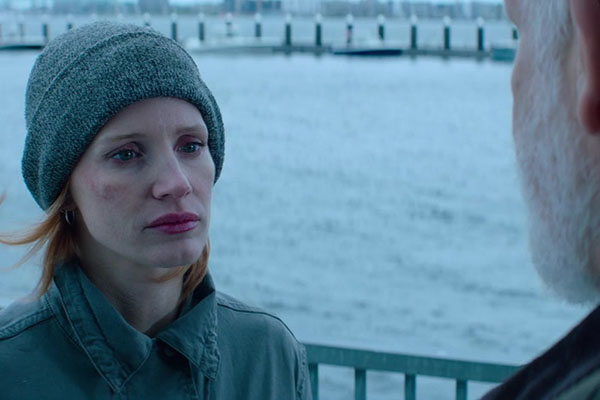 Ava is, honestly, two films and they don't always at times play well with each other. On the one hand we have the kind of low-grade, The Bourne Identity type of film with our heroine going to exotic locations and killing a bunch of dudes in cold, ruthless fashion. On the other we have a kind of indie drama about a woman who has to deal with her alcoholism (and other addictions), controlling her triggers while she's in town around her toxic family. When we're in one of the storylines the film feels very different from when its in the other side, almost like it was filmed by two different teams on two different days, and the transitions never feels smooth.

The thing is, each side of the film would actually be great on its own. The cast of actors we have here can handle just about any material thrown their way, and they certainly sink their teeth into the material. Davis anchors the family section of the film, delivering a fantastic performance as the bitchy matriarch that doesn't know how to relate to her eldest child. Meanwhile, the assassin material has it's own kinetic quality that often works quite well. Chastain becomes a pretty solid ruthless killer, and these scenes frequently crackle with everything going on. They just don't work together.

It's weird to go into an action film, get presented with a family drama and actually wish that you were just watching a family drama. At the same time, when we have to cut away from the action to go over to the family stuff, the movie hitches, stumbling into the material and taking a few moments to convert over. Again, both sides are great but the two halves are so removed from each other they practically are different films. The assassin stuff never intrudes on Ava's family, and Ava's family never learns about the assassin stuff. As they say, "and never the twain shall meet."

There is one section of the story where to two halves due connect, and that's over Ava's old boyfriend, who is also Judy's current beau, Michael (Common). In this part of the film Michael gets himself in trouble, in debt to a Chinese gangster, and Ava has to bail him out. He gets to see her kick ass, but it doesn't ever feel necessary. Michael is just this guy that Ava used to date, but we never develop a connection with him. Seeing her go into what feels like a parody of a gangster's hideout so she can beat a few people down and then walk out with him is an absolutely superfluous scene that, in the end, really doesn't lead to anything. It changes nothing about our understanding of her, or Michael, or anything else. It doesn't work. 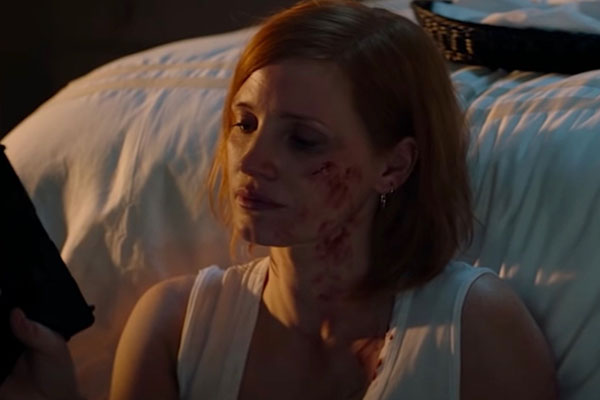 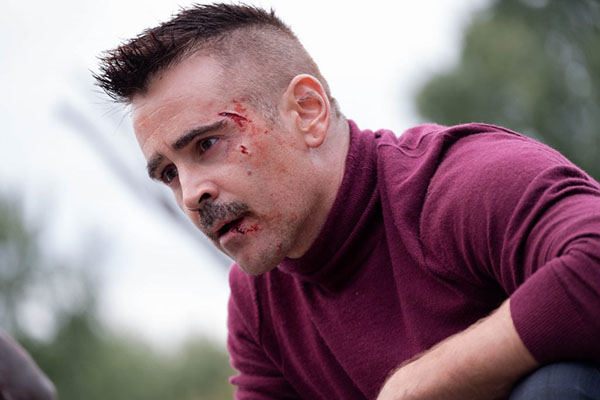 That's to say nothing of the fact that the action is weakest in this section of the film. Chastain isn't an action star and the film does have to work around her limitations (as well as the limitations of the rest of the cast), so everything is filmed from multiple angles and spliced together to hide stunt doubles and wonky shots. Most of the time it works, but in the Chinese gangland section the action feels so flat, like everyone is going through the motions. It's the least energetic part of the film and I would have been happy if Michael, and his dumb plot line, had been edited out of the film entirely.

I didn't hate Ava as there's good material here. It's just that the film really needed to be two different films so each section could have been given the room to breathe and develop naturally. Instead we have these two half-movies oddly grafted together, and while each section is good on its own, this is certainly a film where the whole is less than the sum of its parts. Chastain is good in this role, she just needs a better film to show off her action skills if this is the kind of film she wants to make again in the future.