Big Man with a Big Stick

Although we've talked about plenty of superheroes on this site, one guy we haven't touched upon much (outside of Disney's animated version and one film so bad Mystery Science Theater 3000First aired on the independent TV network KTMA, Mystery Science Theater 3000 grew in popularity when it moved to Comedy Central. Spoofing bad movies, the gang on the show watch the flicks and make jokes about them, entertaining its audience with the same kind of shtick many movies watchers provided on their own (just usually not as funny as the MST3K guys could provide). It became an indelible part of the entertainment landscape from there, and lives on today on Netflix. brutally savaged it) is Hercules, the legendary warrior of Greek and Roman myth and legend. He's the big guy, Mr. Muscles, the son of Zeus, and he's had plenty of legendary battles on screen over the decades. 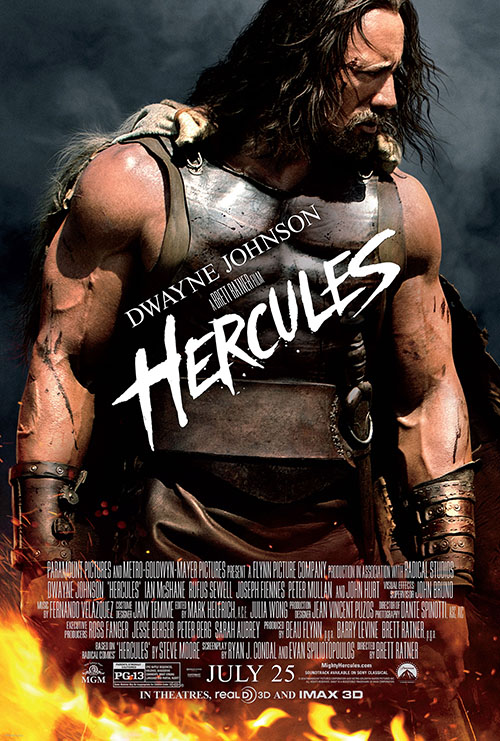 His hey day was certainly back in the 1950s and 1960s when various Italian film companies got on the Mr. Muscles bandwagon and crapped out 18 Hercules films in the span of eight years. Since then his fame has diminished some, at least until the mid-1990s when the Kevin Sorbo-starring Hercules: The Legendary Journeys aired and became something of a syndicated hit, spawning two additional shows, Xena: Warrior Princess and Young Hercules. And while there have been animated films and the like since then, it's hard to say that Hercules is anywhere near the hero that other, more modern superheroes have become.

If anything, Hercules and his peers (Pericles, Persius, Samson, etc.) set the stage for the kinds of super-heroic tales that we have now. Our modern heroes, from DC ComicsOne of the two biggest comic publishing companies in the world (and, depending on what big events are going on, the number one company), DC Comics is the home of Superman, Batman, Wonder Woman, and just about every big superhero introduced in the 1930s and 1940s. and Marvel (along with a number of smaller studios), have taken the concept of "gods living among us" and run with it, creating a larger mythology and interconnected world than even the Greeks and Romans could have imagined. It all then comes full circle to 2014's Hercules, the Brett Ratner film based on the Radical Comics run, which treats our main character as something of a comic book hero, in a way, with tales boasting about the man even as he's just trying to get through his day as a mercenary for hire. It's an intriguing take, to be sure, and one I rather liked.

In the film we learn about Hercules (Dwayne "The Rock" Johnson) before we meet him, learning of the great feats he's accomplished in the past (his legendary "12 Trials"), proving himself to be, as the people say, the "son of Zeus" as no mortal man could have accomplished what Hercules has done. And that is true: no one man did the things Hercules did as our hero has a band of friends that travel (and fight) with him. Herc is joined on the road by the seer Amphiaraus (Ian McShane), the rogue Autolycus (Rufus Sewell), the Amazonian Atalanta (Inrid Bolso Berdal), the barbarian Tydeus (Aksel Hennie), and Hercules's nephew, and hype man, the storyteller Iolaus (Reece Ritchie). This band has gone from one feat, skirmish, and war, fighting the good fight and getting paid well in the process.

When the Princess of Thrace, Ergenia (Rebecca Ferguson), comes seeking the help of Hercules and his band (and willing to pay handsomely for it in the form of Herc's own weight in gold), the team head to Thrace to battle a supposed evil war lord, Rhesus (Tobais Santelmann). But after helping to train the troops and win a decisive battle for Thrace, Herc starts to have his doubts about the people he's been working for. Is Thrace, lead by King Cotys (John Hurt), really on the side of good, or has Hercules been duped into working for the wrong side all along? 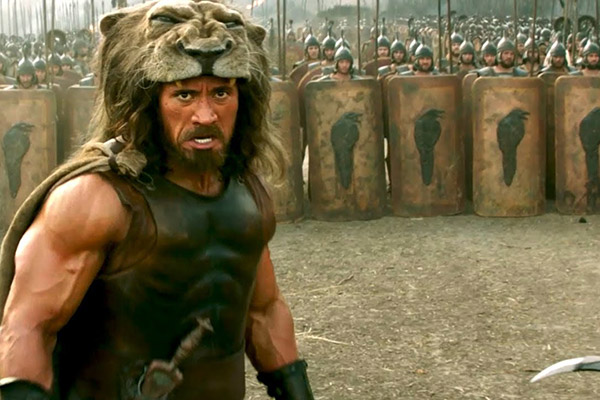 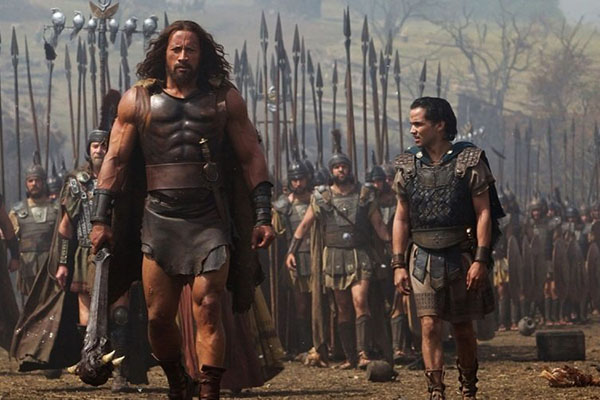 Watching Hercules (which I did in the theater when it came out and had a grand old time then), what I most think of is that Kevin Sorbo show given a bigger budget, a better cast, and a charismatic star to lead it all. While that show wasn't bad, it was certainly very campy and did a lot with a little to get its stories across. Here, though, the production team (which was unrelated to the series, mind you) clearly took inspiration not just from the comics this movie is based on but also that old TV show, finding a core of what worked and making something bigger, better, and more delightful while still maintaining just a little of that campy charm.

Put another way, this movie gives Rock "The Dwayne" Johnson at chance at a redo from his previous swords-and-sandals film, the The Mummy Returns prequel/spin-off The Scorpion King (which I dread watching and reviewing soon but fear I have to). That film was awful, but in a fun way (I like to call it "craptacular"), but this film takes all of what actually worked in that film -- namely the Rock fighting with a sword and being charming -- and builds a much better foundation around it to let the wrestling-turn-Hollywood star shine brightly.

The cast assembled around Johnson "The Rock" Dwayne helps that a great deal. Namely it's McShane and Sewell, both fantastic actors of the big and little screen, who do the most for selling this film. They have an absolute blast essentially slumming it in this big-budget "Legendary Journeys" rip-off, letting their natural charisma fly as they crack jokes and make this film so much fun to watch. They clearly enjoyed working with The "Dwayne Johnson" Rock, as did Berdal, Hennie, and Ritchie, as there's great chemistry from this entire bad of characters. They do so much to sell the film that would be, frankly, utter crap without these stars.

The movie does have its flaws, mind you. The plot is pretty basic and you can easily see where the twists and turns are going to go even before the film gets there. For instance we have absolutely no character development for the villain but we spend plenty of time with the sketchy king before heading into battle I wonder who the bad guy actually is, hmmm? And that doesn't even begin to cover the fact that Hercules is brought in to train an army so they can fight for Thrace but apparently Thrace has been terrorizing the villages around the capital for a while, so how could they pull this off if they didn't have an army? It's little logic issues, coupled with simplistic plotting, that keep the film from rising above its basic setup. 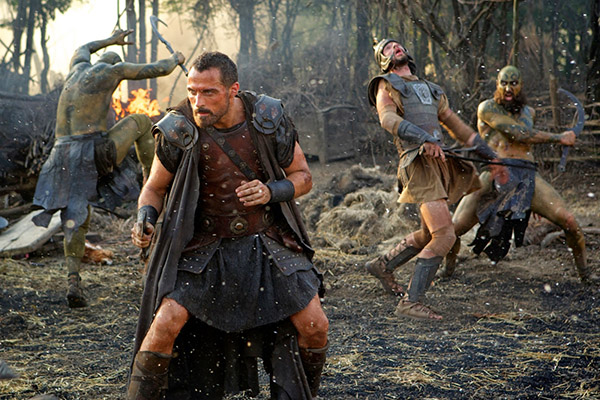 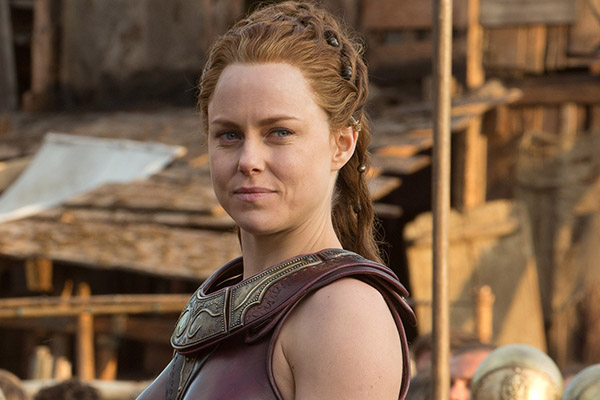 And, of course, there's the Ratner of it all. As the director of the film, his fingers are all over this piece which didn't seem so bad at the time, but three years later, when it came out that Mr. Ratner was something of a "mini-Harvey Weinstein", it's becomes quite the taint on his legacy. I owned this movie, having bought it when it came out initially, but if I'd known then what I know now I probably wouldn't have spent money on the film (in theaters or on DVD). And that makes it hard for me to recommend watching it unless you can find some way to do it for free (or, at the very least, via a legal second-hand market) so Mr. Ratner doesn't get paid again for his work. He's scum and we can't support that.

But if you can somehow watch this film guilt free, I do have to admit that even now it still holds up. There's a lot of good ideas in this film, from treating Herc as a mere mortal, letting his legend be godly while Hercules himself is just a guy. The film constantly toes the line of "is he a god or is he just strong" and I dig that. There's such fun to be had from this setup and it call clicks together so well because the cast is game and fully commit to the story they're telling.

Hercules isn't great, but it is great fun and that can help to paper over a lot of issues with the story. This is the kind of film where you can just shut your brain off and let the charismatic actors take you on a joy ride. It's not perfect, but it is a damn sight better than many other fantasy epics out there (like the latter Pirates of the Caribbean films we just discussed). Sometimes all you want out of a film is a goofy good time, and (ercules delivers in spades.