CGA Your Way to Greatness

Plenty of games have touched off their own genres -- Metroid and the Metroidvania genre, Zelda and top-down exploration games, Mario and the platformers (and holy crap does Nintendo create a lot of genre-defining games) -- such that, even when a retro-inspired version of the genre comes out years or decades later they're still compared to that original title. There is a certain style of game -- methodical, unforgiving, but beautifully animated side-scrollers -- that aren't seen all that much anymore. Games like the original Prince of Persia, Karateka, and Another World. These are games so specific to their era that you don't expect to see another entry in the genre, but you can't help but compare a game to it when it's obvious the inspiration. 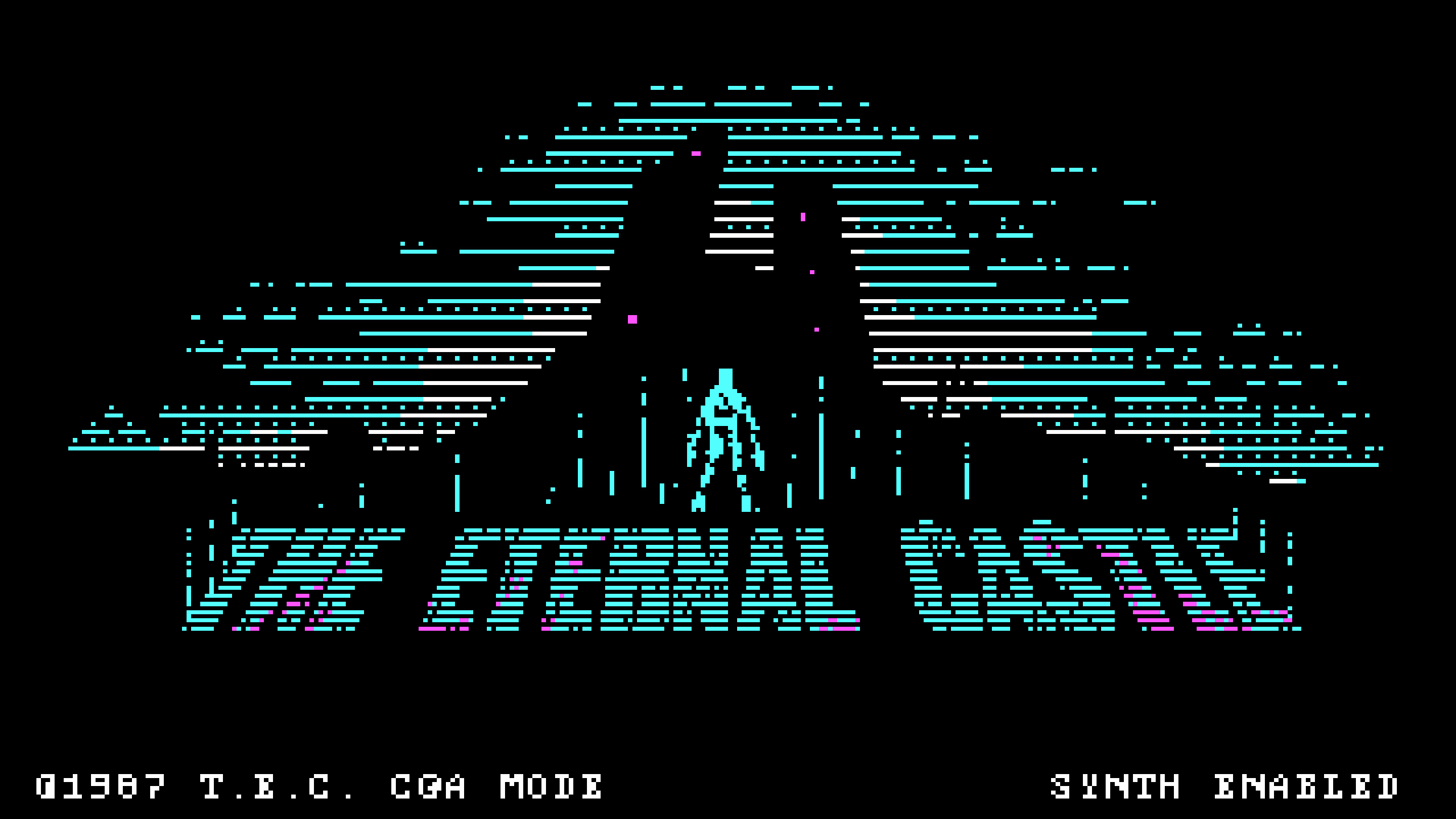 All of that is to say that The Eternal Castle [Remastered] is very obvious a game specifically playing in that same pool, a game inspired by and defined by the rules of games like Prince of Persia and Out of this World. It's a loving tribute to those kinds of games that still manages to find it's own feel while also using the classic vibe of those early games to make an artistic statement unlike many other titles in recent memory.

The full game title is The Eternal Castle [Remastered] but don't expect to go out there and find an old title from the 1980s called "The Eternal Castle". The whole "Remastered" part is just part of the back-story the creators made to play into the artistic vibe there were going for. Think of it more like a dream game the designers always wanted to play, done in classic feeling CGA-style two-color graphics. There was never a game called "The Eternal Castle" (at least, not that the designers were referencing), so while production materials they released might have made it sound like this is a remake of some older game (and the credits for the game even play that up), this is a wholly original creation.

It is a stunner, though. Having growing up in the era where CGA was just giving way to EGA and VGA monitors, playing Space Quest and other Sierra Games on my cruddy two-color monitor, I can attest that The Eternal Castle evokes the proper vibe of those pixelated graphics. The game cheats, of course, doing all its art in vectors and polygons behind the scenes but rendering it out in two-color graphics. It's slick, and looks perfectly retro, but you can still tell that what's going on could not have been as perfectly on the old machines of yore.

The soundtrack, meanwhile, could not have come out in that era (seriously playing into that "Remastered" vibe). Created by artist kiiro, the soundtrack strikes a balance between eerie, ambient tracks and pulse-pounding Eurobeat songs, really playing up the sci-fi bleakness of the setting of the game. Like the graphics, the music selection is a stunner while being utterly impossible, in reality, for the classic machines this game supposedly game out on originally. 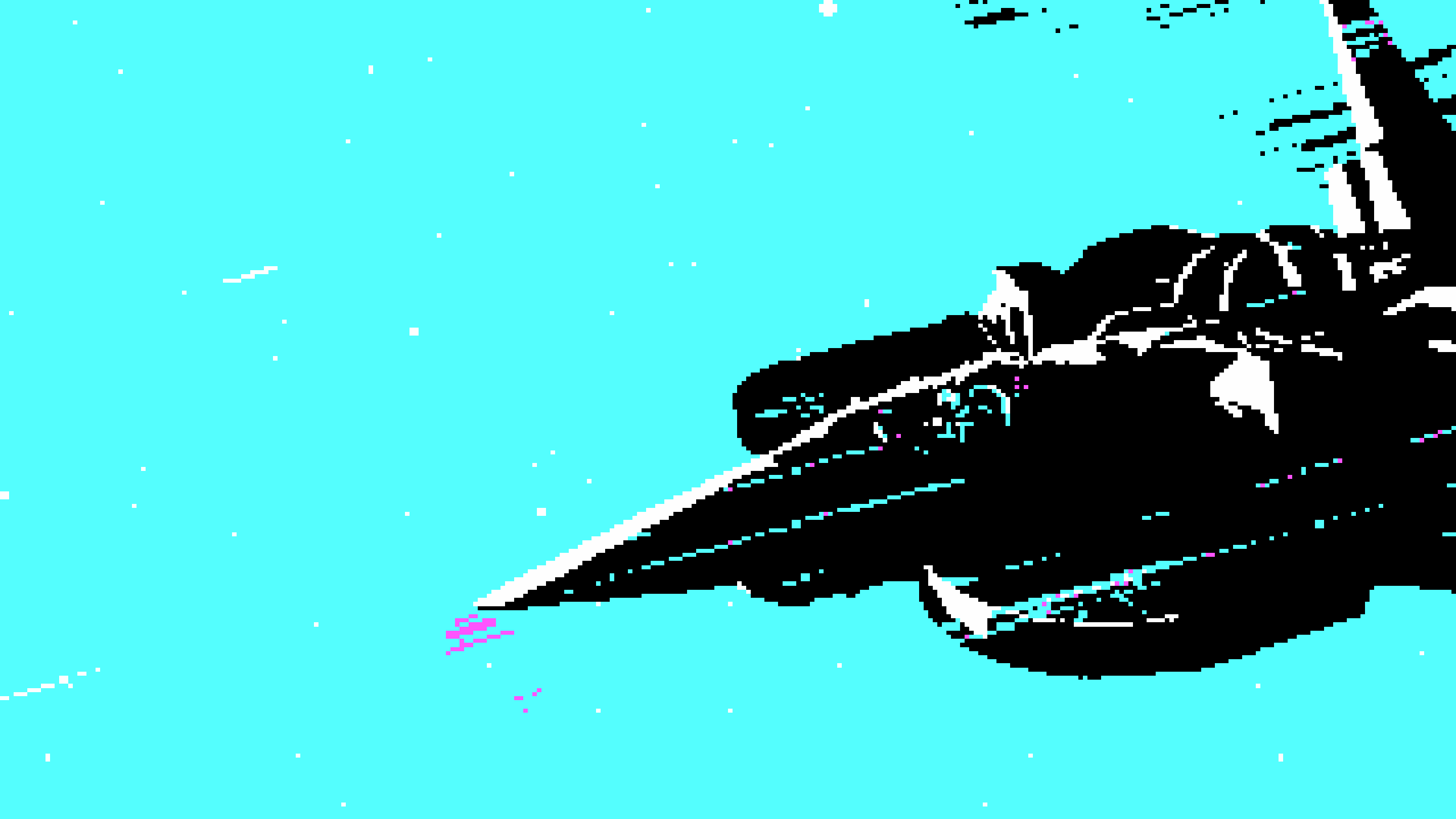 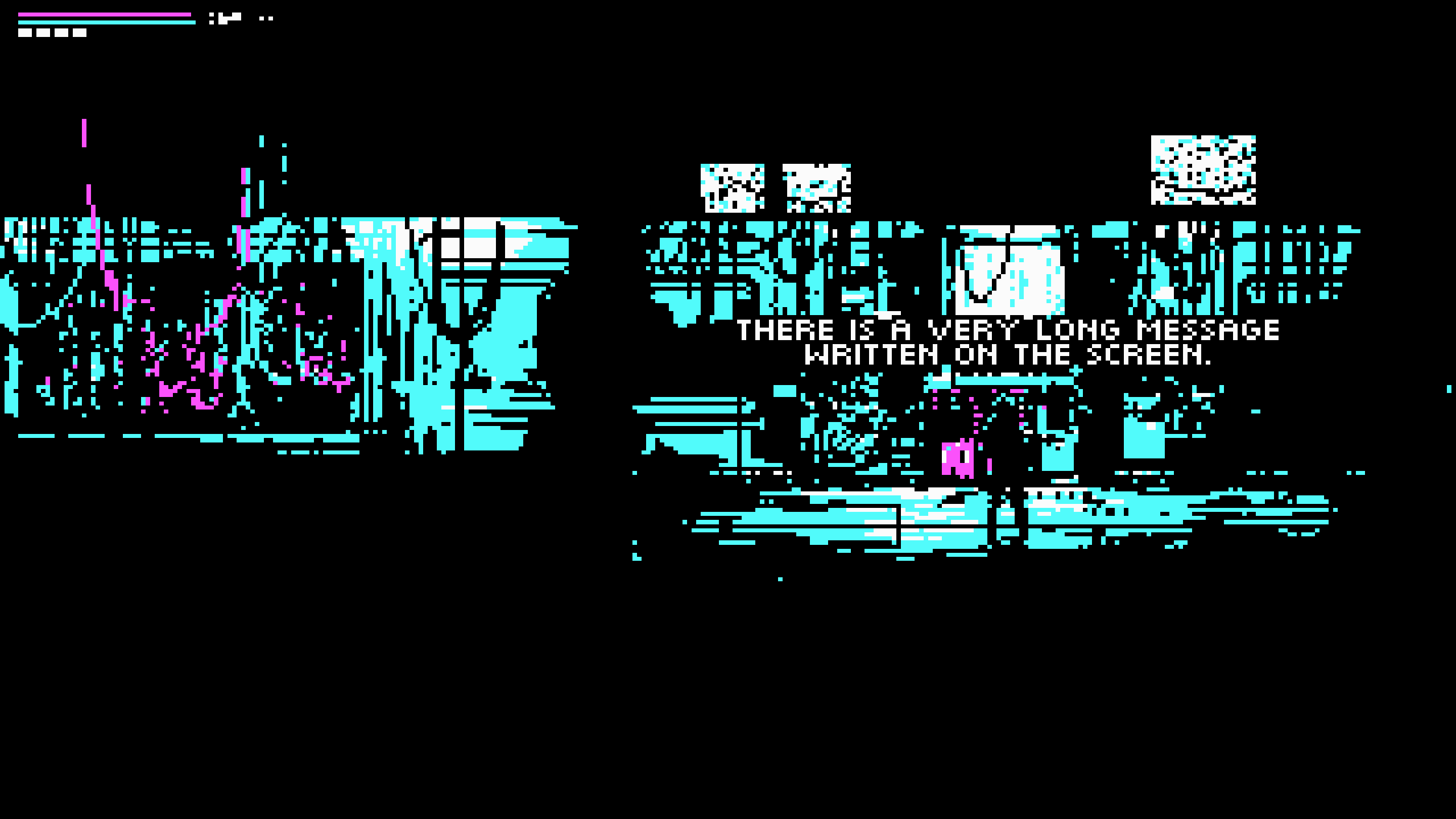 The game play, though, is 100% perfect for the era. If you've ever played the classic games like Another World or Prince of Persia then you know exactly the style of game you're getting in for. By that, of course, I mean that the game is unforgiving in that perfect way. People love those classic games because once you figure out the route through the game you just need to execute it perfectly, making it look like you're controlling a wondrously animated movie. The Eternal Castle is like that, a wonder to behold while you navigate your character strategically through the game.

The game is, frankly, easier than those other titles of the genre. There are regular checkpoints throughout the game without any kind death penalty. If you die you just go back to your last point and get to try again without any worry about a timer running down or being sent a super long way back to struggle through a long section again. The game feels very fair, honestly, which is another way this game differentiates itself from its forebears. It's a modern nod I appreciated, making this one of the few games of the genre that I managed to actually get through.

That checkpoint system actually plays into the plot line of the game, in a way, although I really don't want to spoil it as the game has only been out a few months. Plus, honestly, much of the story is just supposition, snippets told but left to the player to interpret (at least until the end). The most we get is that a guy crashes down onto a planet and has to battle his way across a number of war-torn landscapes all so he can battle to the eponymous castle and try to save his lost lover. The whole game they plays out as you go to multiple locations and locate the power sources you need to fly to the castle. The rest of the game's story then just floats along beside you, waiting for you to figure it out on your own.

I honestly think I prefer it that way considering the beats the game hits. Again, I won't spoil it but the story isn't exactly deep. It's pretty obvious early on just what the game's true story is and, if it had played it up and gone deep on the world building, extolling for hours about the story only to then present the ending we get I would have been put off. Keeping it simple, though, allows the fairly basics twists to work well because you're building the mystery yourself. You can invest in it at your own place and take the snippets for what they are. It's smart writing and solid world building because of it. 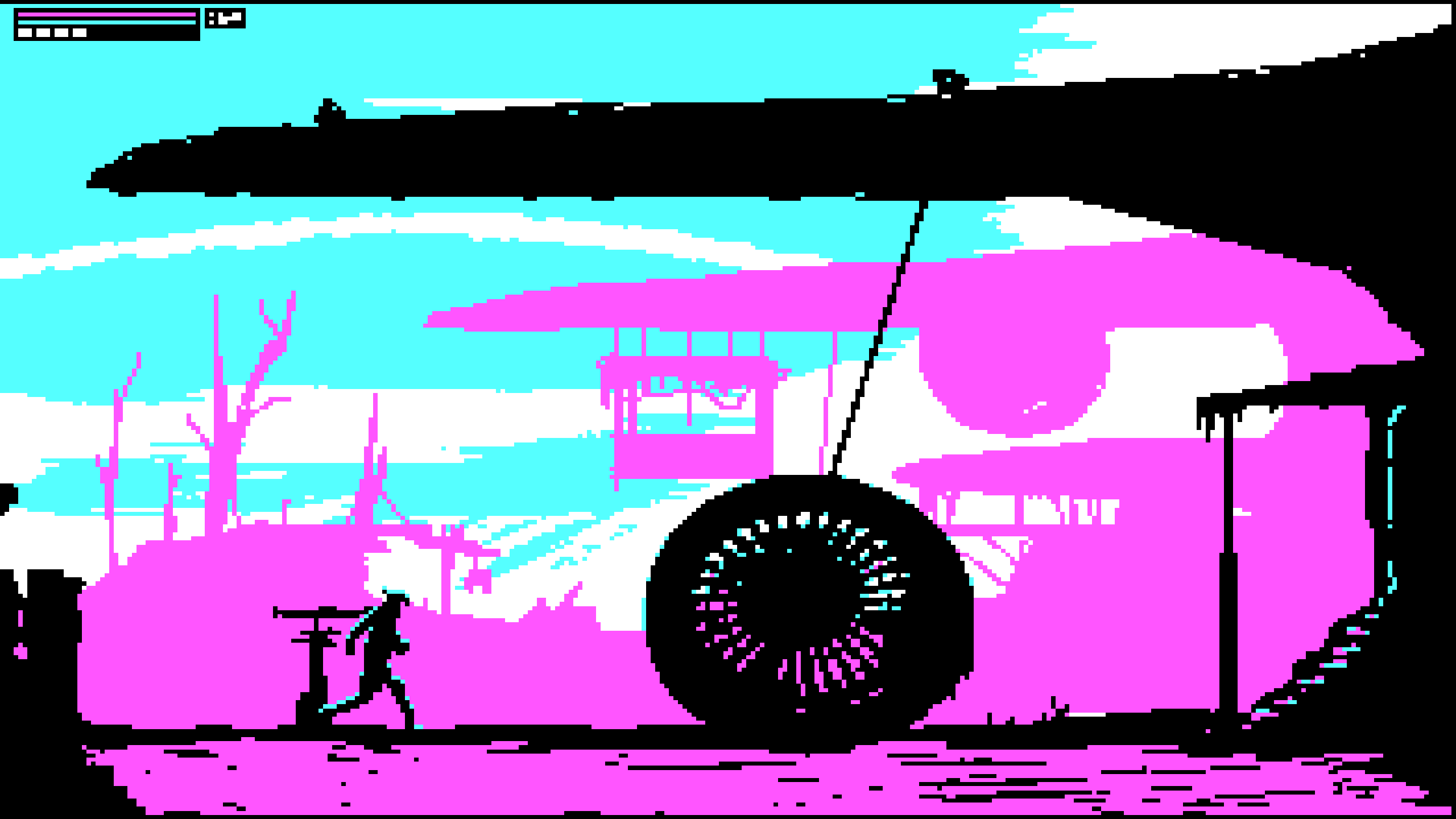 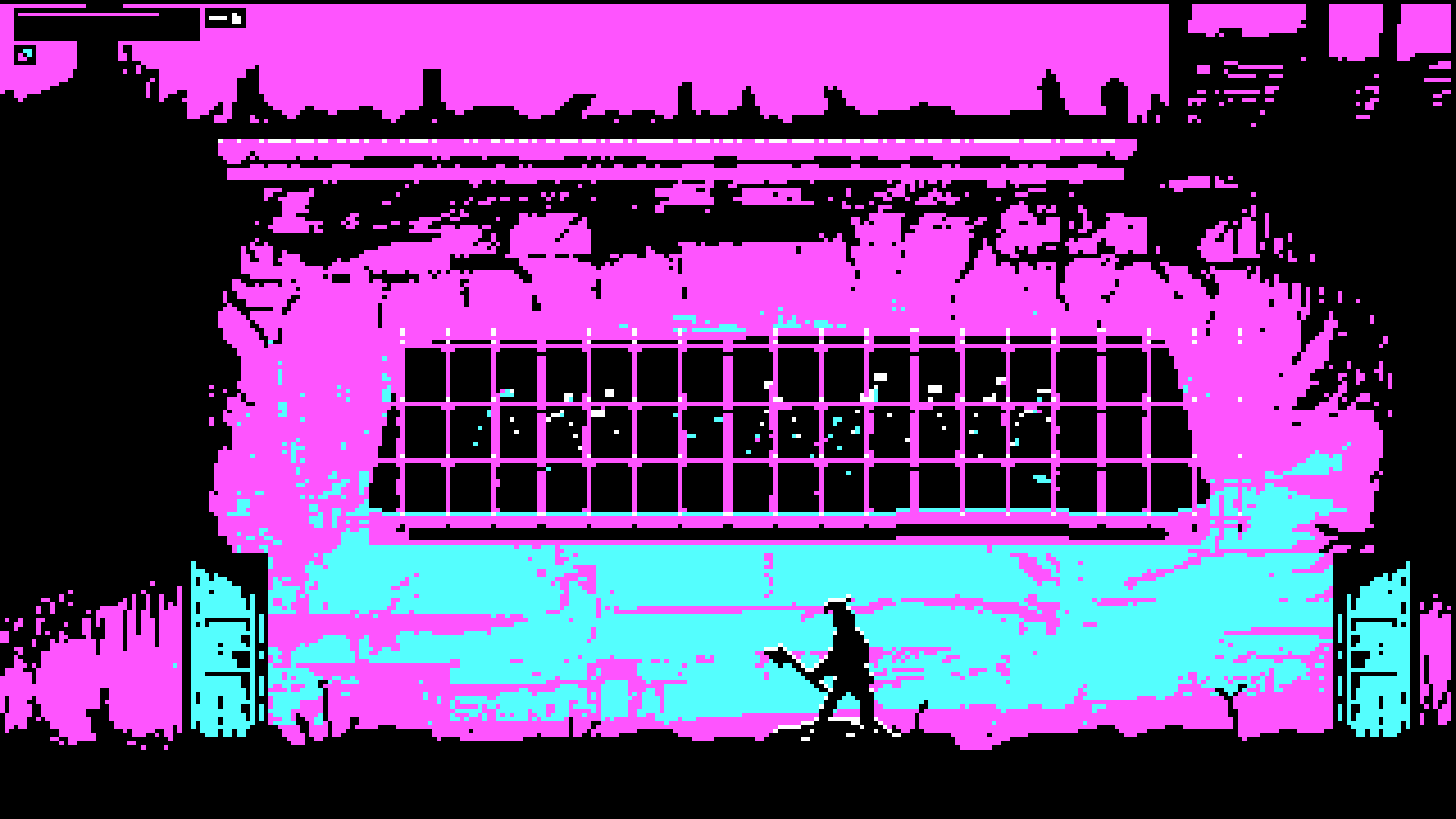 Really, in all respects this is a masterwork of a game, a defining entry that came out decades later and presents the way the genre of hard-as-nails, rotoscoped, two-dimensional side-scrollers should be done from now on, If anyone else were to try their hand at a game in this style, I'd compare it to The Eternal Castle [Remastered] and say, "here's where they follow this lead, and here's where I wish they did more like this..." It's really that good, such that it sets the goal posts for the future.

The one real warning I'll give is that the game has a few moments of bright, flashing sequences that could cause a problem for people with Epilepsy or other, similar conditions. If you struggle with these kinds of moments, this game may not be for you. For everyone else, though, this game is solid, an amazing ride that lasts about two hours (if you die regularly, like I did), hooks you in and drags you all the way through its mystery. I enjoyed it all the way through, and then had to buy the soundtrack so I could live it again in my head. It's so good.