Whatever Happened to the Muppets?

A Look at Where the Muppets are at Now

Like any child of the 1980s, I loved the Muppets. How could you not? Sweet, silly, sarcastic, and often accidentally violent, the Muppets were a delightful bit of entertainment that, for a time, seemed as ubiquitous as any of the Disney or Nintendo characters. At one point, Kermit the Frog had the same level of cultural cache as Mickey Mouse or Mario. They were huge, and every kid loved them. They featured in McDonald's toys, had a Saturday Morning cartoon, and their movies were always well received. 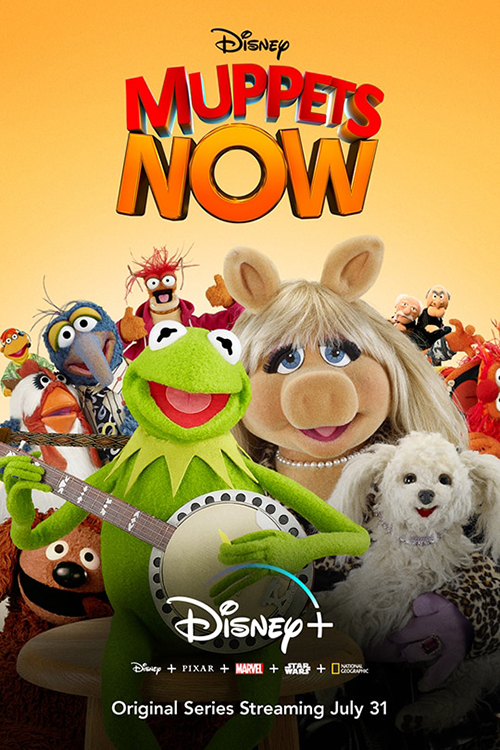 Of course, that isn't the case now. The tragic death of Jim Henson, who was the driving force of some much of the work surrounding the Muppets -- there's a reason his workshop was the Jim Henson's Workshop -- left a gaping wound in the middle of the Muppets. Although Disney was going to buy them up while Henson was still alive, his death put the kibosh on that plan. A couple of ill-fated sales later, and Disney came back around, picking up the pieces of what was left of the Muppets. They now stand as an also-ran to Disney's main attractions, a weird curio that Disney trots out once in a while to try and build some buzz around the property, but they just don't get the same level of care at this point as the other Disney works.

I was thinking about this as I tried, and failed, to make it into the first episode of the new Muppet series, Muppets Now, available on Disney+. The show, from what I've seen of clips Online and the half of an episode I could stomach before I turned it off out of boredom, fails to understand the Muppets, to realize what it takes to make a good product with them. SO instead of just ripping apart that series (since I really don't want to have to go back and watch any more of it), let's try and quantify what it takes to make a good Muppets show or film.

Arguably the best Muppets products were their earliest: The Muppets Show and The Muppet Movie. While there was always a vaudevillian aspect to their shows -- having a guest on, letting the humans interact with the puppets while carnage ensued -- the key part of what made the Muppets work was their interactions with each other. Kermit would act as the straight man while all his friends and cohorts would cause utter chaos around him, exemplified in all of the sketches of The Muppet Show. Like any good sketch, the basic structure of a Muppet skit is to start with an idea, and then add puppet-y chaos. That's what the Muppets do best. There's a reason why the end of The Muppet Movie features the destruction of all the sets for the movie, and then Sweetums breaking through the very screen of the film itself. That's Muppet chaos to a tee.

But beyond the chaos there's heart. The Muppets might cause carnage, often with explosions and flying fish, but at their core they are a family and they care about each other. They don't fight, they don't cause drama, and while they may occasionally yell (with Kermit having a conniption fit while he spazzes and throws his arms in around him wildly) they don't get drop-down, drag-out mad with each other. The chaos that happens is good-natured and the Muppets always have their best intentions at heart. 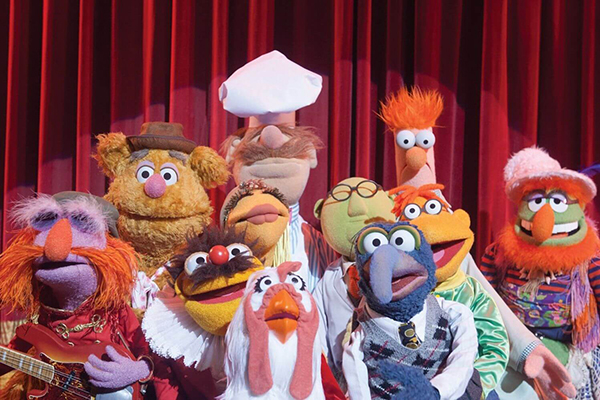 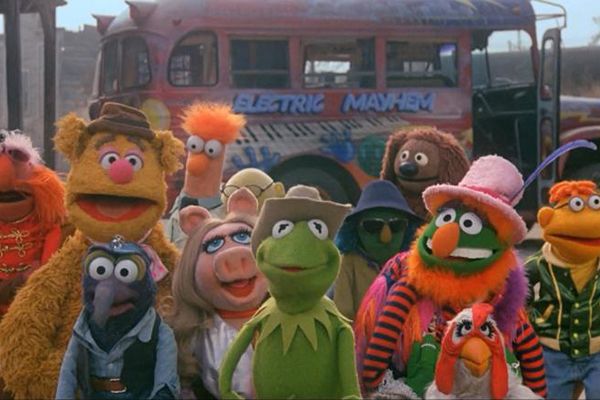 You can see the productions that handled all this best, and they're all the early works (that feature Henson, of course). They work because they have that right balance of heart and carnage, sweetness and accidental violence. With the Muppets you never knew what would happen next -- an elaborate gag, a silly pun, an explosion of fish, always with a cut to Kermit's dry and sardonic face afterward -- but they'd always find a way to roll with it and keep the show going. It was warm, and silly and hilarious, while also being a touch sweet and heartwarming. The first three Muppets films -- The Muppet Movie, The Great Muppet Caper, and The Muppet Take Manhattan -- all exemplified this.

Plus, there was the spectacle. Henson had big plans for his puppets, always working them to find new and creative things he could do. Want to see a Muppet drive? The Muppet Movie can give you that. What about Muppets riding bikes through Central Park, eventually whirling and riding around each other? The Muppets Take Manhattan had a whole sequence for that. Henson could make his puppets do incredible things, like play the banjo or stage an elaborate heist, and at a certain point you stopped thinking of them as puppets altogether. It was magic.

You can see the shift after this, a sense that those still with the company after Henson died in 1990 weren't quite sure what to do with the puppets now that the visionary behind them was gone. The next two films -- The Muppet Christmas Carol and Muppet Treasure Island were just rehashes of stories everyone had seen before. They lacked the heart and soul of the previous films, or the series, or any of the special Henson had produced like Emmit Otter's Jug Band Christmas or The Tale of the Bunny Picnic. They had the Muppets interacting more with big name stars, less with just each other, and it was obvious no one cared about these films in the same way they had when Henson was alive. They just didn't work (no matter how game Tim Curry was in Muppet Treasure Island).

Recently (as in within the last decade), Disney has tried for a resurgence of the Muppets, putting them in two movies -- The Muppets and Muppets Most Wanted -- which were okay, sometimes great even, but just weren't the same. The better of the two was certainly 2011's The Muppets which saw the gang trying to get the show back together after years apart. It largely focuses on the Muppets, which is great, but when it turned its eyes to the celebrities in the cast and away from the Muppets themselves, it lost some steam. Muppets Most Wanted, by comparison, just felt lost and a touch tired. 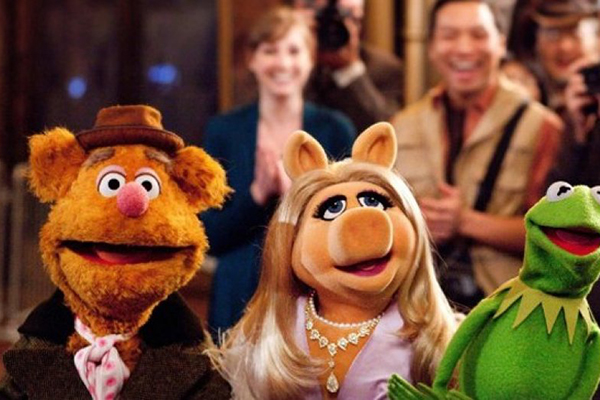 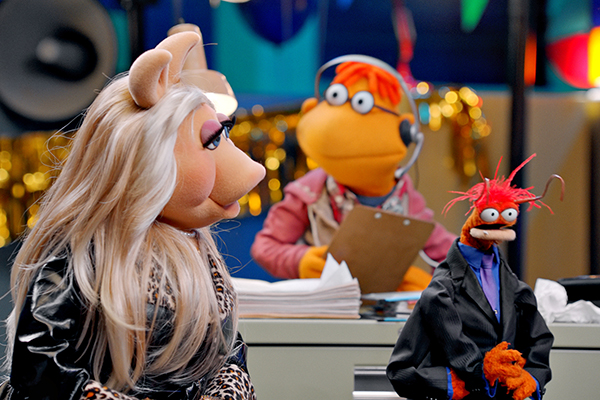 Still, both of those were better than the TV show, The Muppets., which saw the group working in a 30 Rock-like setting, putting on a regular talk show for Miss Piggy while dealing with their own real life dramas. That show was, at times, very funny but it also added in elements of drama that ruined the sweet and good natured quality of the Muppets. I had moments that worked, but far too often was a tedious and uncomfortable chore. The soul, once again, was lacking, and the people behind the scenes didn't understand what made the Muppets great.

Which brings us back to Muppets Now, ostensibly a series of video podcasts with each of the Muppets as they interview celebrities and interact with their viewers. It is, in essence, the antithesis of what works about the Muppets -- there's too much focus on the celebs, too much time with the Muppets not interacting with each other, and not enough of the good natured chaos that really brought all their sketches together. Plus, they just weren't funny, with stale jokes and bad pacing. This show just doesn't know what to do with the cast.

I get it, it can be hard to use the Muppets effectively. It's a large cast of characters, with a lot of intricate things to make them do, and you have to not only worry about the puppetry but also the humor and the story. Muppets Now seems like the right kind of idea -- take the Muppets sketches and make them in to a video blog of sorts for a new era -- but this time around it doesn't quite work. Better were the YouTube sketches Muppets Studios was doing for a while -- those were hilarious, chaotic, and sweet all at the same time, the right mix of material to show the crew still had it. Of course the best of those -- Beeker's "Ode to Joy", Gonzo's "Classical Chicken:, their very popular cover of "Bohemian Rhapsody" all were made a decade ago. Nothing they've done since has been as good or as fun. The magic can be recaptured, if its done right, but obviously that's so hard to do.

There's still life in these puppets, they just need the right comedic force behind them, someone that can handle the sweetness and the chaos of the Muppets while giving them a story worth of the crew. Maybe some day Disney will find that magic again. Until then, there's always The Muppet Movie.