I love monster movies. I've watched more than my share of classic Universal and Hammer films, leading to quite a soft spot in my heart for cheesy horror and mild, goofy thrills. And, of course, one of the most effective movie monsters (in my opinion) is the zombie, a creeping kind of horror that (in the right hands) can also work as a commentary on humanity itself. There's a lot that can be done with monsters in general, and zombies in particular, as evidenced by all the parodic and comedic films using these beasts that have come out recently. 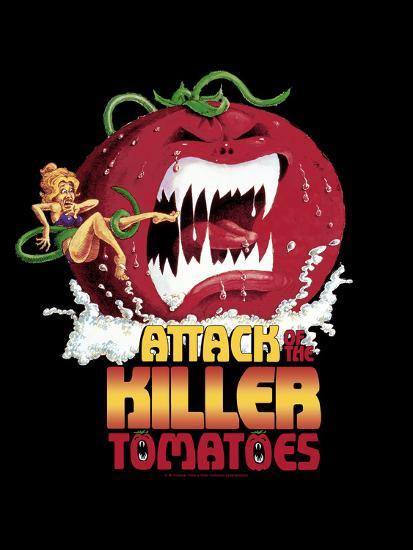 But before that, back in the last 1970s, there was a film that played with the conventions of the zombie genre, parodying it in amusing, low-budget fashion. The film, Attack of the Killer Tomatoes, takes the idea of a zombie apocalypse -- the monsters, spreading out and destroying anyone they come into contact with -- and makes it into the dumbest, silliest comedy it could be. It's not always as funny or successful as possible, potentially owing to limits of budget or time, but it still does a lot with very little in an impressive fashion.

The film starts with the tomato invasion already beginning. Police and military people run around, tomatoes roll towards them, and then there's a lot of screaming. For some reason the tomatoes have come alive and they have one goal: to kill. The U.S. Government, headed by the President (Ernie Meyers) and his Press Secretary Jim Richardson (George Wilson), begin plans on how to stop and contain the invasion. They tap Mason Dixon (David Miller), an intelligence officer, to lead a crack team of specialists -- master of disguise Sam Smith (Gary Smith), scuba diver Greg Colburn (Steve Cates), Olympic swimmer Gretta Attenbaum (Benita Barton), and airman/soldier Wilbur Finletter (Stephen Peace) -- to stop the tomatoes, whatever the cost. And then everyone runs around a bunch.

Although I looked at Killer Tomatoes as a zombie parody, that being the dominant genre we have to draw from when viewing a movie such as this, the real inspiration for this film was, apparently, The Bird, the classic Alfred Hitchcock film about birds going crazy, trying to kill people. I can see that, certainly, but I also appreciate the fact that (intended or not) this silly little film has layers to its interpretation, that it can be viewed from different angles and still appreciated for what it is. That's depth a film like this might not deserve, frankly.

Hell, even calling it a film stretches things a bit. It's really just a collection of silly scenes strung together. There really isn't a plot at all, just vignettes of the various heroes working to stop the tomatoes (doing things poorly, of course), while occasionally people run away from tomatoes that are rolled at them. The whole joke, of course, is that tomatoes aren't scary seeing as how they don't have claws or teeth or (as in the case of The Birds) beaks, even, and yet somehow they're killing people. It's funny, and the film does what it can with the idea, which mostly means throwing every kind of sketch it can at the wall to find humor. 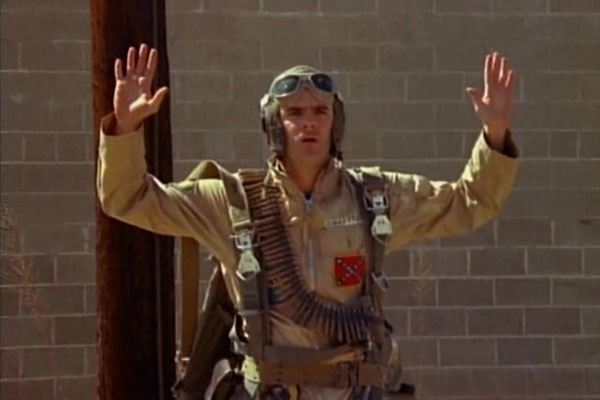 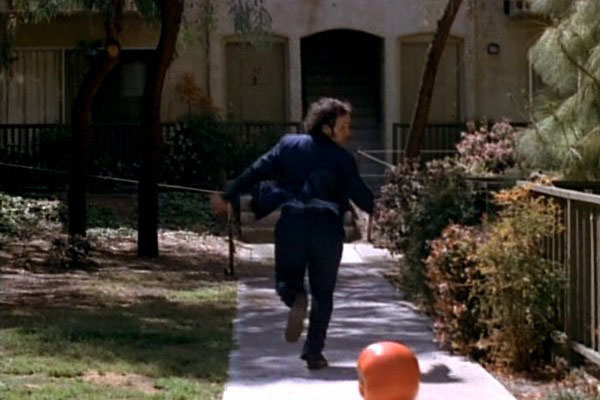 Really, the funniest part of the film are the special effects themselves. And by that I mean the lack thereof. We don't ever actually see tomatoes maul anyone, with the film instead cutting away every time only to later show bodies with a bit of tomato juice on their faces. Any time a tomato goes after someone it's always by the tomato being rolled on camera from off screen. Sometimes the film gets creative and rolls a big tomato down some stairs and then plays the film backwards to make it look like the veggie is bouncing up the stairs after someone. But still, it's tomatoes; only so much you can do with these veggies.

That is the charm, of course, but the film does try to mine humor where it can. The team of specialists, for example, are completely useless for the task at hand -- none of them actually manage to do anything, and their special "skills" are woefully inadequate for the task at hand. As an example, the Olympic swimmer, Gretta, is sent out into the woods to guard a point and report back on any tomato activity. Note that there's no water there, and she isn't mentioned to be trained in hand-to-hand fighting or anything else. Yeah, it's that kind of "crack team".

Sometimes the film is pretty darn funny, finding a bent to its jokes not unlike classic Zucker-Abrahms-Zucker films like Airplane and Top Secret (just on a much smaller budget). Sadly the film is never able to keep up that pace so the movie ends up playing like a slower, paler version of those parody films. It has flashes of absolute brilliance, no doubt, but there are also plenty of times where it just drags by at a slow pace.

That's probably a big reason why the film isn't talked about all that much at this point. Hell, up until I tracked this film down on the streaming site Tubi I hadn't even seen it before. I had watched it sequel, Return of the Killer Tomatoes!, when that film was on heavy rotation on Comedy Central (and, let me tell you, that film is stupidly brilliant), but this movie didn't ever seem to get the same kind of airplay. It was always something I heard about in passing but very few people had actually bothered watching it. 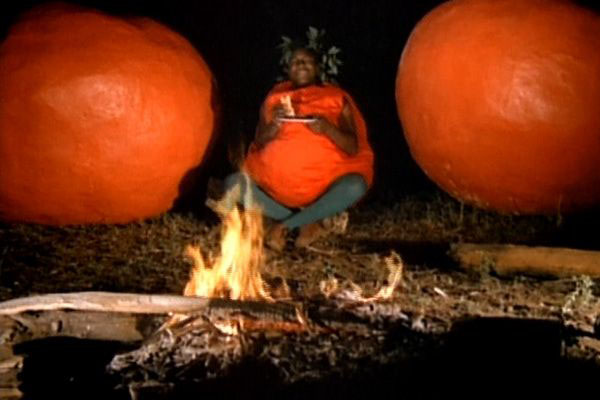 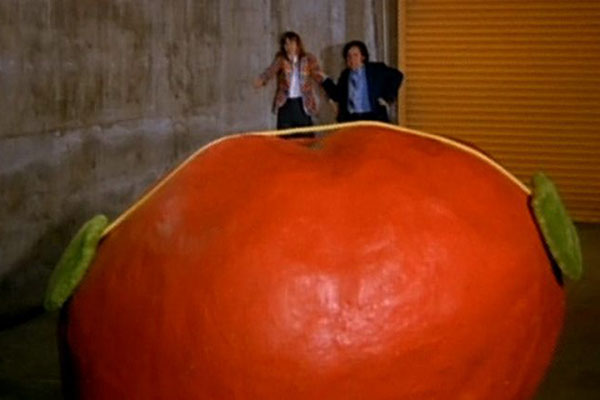 And yeah, frankly, it just doesn't hold up. Its best parts can be summed up in a five-minute clip montage on YouTube while the rest of it is ignored. It's powered by a silly idea, and carried along by a few great moments, but overall Attack of the Killer Tomatoes just doesn't hold up. It would take ten years for the ideas of this film to come together, in much better fashion, in its first sequel.