Well That Was an Entirely Expected Development

The Fall of Google Stadia

Google doesn't exactly have a sterling reputation when it comes to their projects. Although there are some apps and other projects they launch that they keep around forever -- GMail is an obvious one once we move past their core search and advertising business -- more often than not the big G (or, I guess we should call them Alphabet, really) will put out a project, see if it immediately takes off, and if it runs into any resistance they'll scrap it quick because it's not meeting their immediate goals. You can look at Google Plus, or Google Internet, for obvious examples for this. 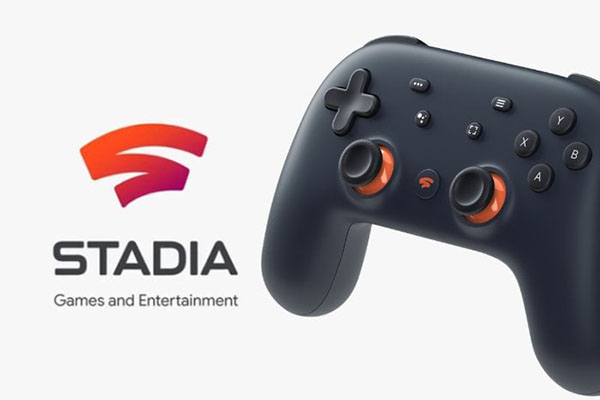 When it was announced a couple of years ago, people wondered whether Google Stadia would be yet another project that Google launched and then, as per their ways, quickly abandoned like so many others that came before. Recent news out of the G-HQ indicates that Stadia is already dead, about a year after it's launch, with the core technology of the system moving over to a new Google Streaming service that will work with third-party developers on their own systems. Stadia is dead, long live what Stadia was meant to do.

To be clear I'm not crapping on streaming video games. While I personally wouldn't get too excited over having a game stream into my home, as I much prefer having physical copies so I can play on my time, my way, I can see the benefit of the concept for others. Those that don't want to have to buy an expensive rig, or somewhat cheaper but still fairly expensive set top box, could just buy a cheap device and stream the game into their homes. With the kinks worked out, streaming games is efficient and all you need is a steady Internet connection as the remote servers do all the hard work of running the game.

That is, in theory, what Google was selling and early reports for the system, the Stadia, were good. Those that picked up the system were happy with what they could play although the primary complain among most gamers was that the initial selection of games available on the system were... thin. The game did have a lot of Triple-A titles -- Assassins Creeds, Far Cries, Marvel's Avengers to name a few -- but most of what came to the system came late, a few months to a year after it's release on other consoles (and PCs), and then the library was largely filled out with back-catalog releases. The system had hundreds of games, but new game or killer apps were in short supply.

This, more than anything, is what I think killed the console (if we can even call it a console, which we'll get to in a sec). As we touched upon a little while back when discussing the Valve Steam Deck, great hardware can't compete without killer apps to back it up. When companies talk about the new hardware they have in development half the discussion is about what games will be launch titles for that console. Microsoft, Sony, and Nintendo all have their exclusive releases and they'll make sure at least a couple of games are out day-and-date with their hardware because games sell consoles. Gamers aren't going to buy a console until they have something they must play on it.

While Google did have a development studio, the titles that Big G talked about in support of their console were all third-party affairs from other development studios (and Google later shut down their internal development studio as well). These were games that were going to every console already out, as well as Steam, which didn't make them a must have for a new console that was largely untested (and had the air of "will Google even support this in a year" hanging over it). If Google had spent the time hyping up a new game franchise (or three) that could sell gamers on their need to have those games, made them exclusive to the hardware, and then said, "buy the Stadia and you get these killer games" the console might have fare better.

Of course that's not really the way Google does things. They'll find a concept put something out to tap into that idea, and then refine and refine until, years later, the result is what people want. That is, if the project lasts that long. But the idea has to be good enough early on to sell people on the idea so that they stick around, and tell others, and bring everyone in. Stadia, as interesting as it was in concept, didn't have that "must own" quality to it, at least not enough to keep Google interested in the outlay of expenses.

Bear in mind that Google can keep an Online application up and the cost overhead is relatively cheap in comparison to actual hardware. A console requires manufacturing, it needs retail space, it requires selling. You can't just put a console on a server and let it run, even if that was what the Stadia app that ran behind it did. Consoles are a higher burden and many new consoles die because they have to fight for retail space, the costs of keeping the console supply going, the factors of keeping more and more games in the pipe, and all of that on top of any new console has to fight the entrenched four pillars of Nintendo, Microsoft, Sony, and Valve. Google probably thought they could sneak in and fight Valve, but by producing hardware, any hardware, they became a console maker and that's a whole other ball game.

Is it fair to consider Stadia a console? Well, it was something you plugged into a TV so you could run games off a proprietary controller so, yes. That said, the concept of Stadia was different enough that it should have been able to compete in its own way. It had the backing of Google and enough library titles to be a decent proposition. Hell, Microsoft recognized the good ideas behind Stadia and started doing similar things with Xbox Game Pass. And then Sony did it too. Even Nintendo is trying to get into the streaming and software game (as bad as they are at it, bless their hearts).

In short, and it feels weird to say this about a multi-billion-dollar company, but Stadia failed because of Google's ineptitude. History is dotted with companies that had a great idea but couldn't make it good enough to beat all the competitors that were already entrenched in the market. Google's idea was great but if any smaller company had handled it this way -- get a bunch of library titles attached to a solid service and they expect that to sell the console without a lot of new exclusives and the hype surrounding it -- they would have made one console, died, and then never been heard from again. There's a history of that, too.

Google has so many other business interests behind it, and a boodle of money, they'll weather the loos of Stadia and not care. The tech will move on, other companies will do game streaming better, and that's that. Still, Google deserves credit for realizing the time for game streaming was here (for many people looking for that service and just not knowing it yet). But they dropped the ball, grew disinterested in doing the work, and killed it before it could find it's footing. In other words all the nay-sayers were right. This was classic Google.