A Fresh Take On Some Old Blood

Thoughts on Reviving the Castlevania Franchise

I don't spend a lot of time talking about Castlevania on this site, largely because I have an entire dedicated site for that kind of talk: Castlevania: The Inverted Dungeon. Occasionally, though, I do have some thoughts that don't properly fit over on that site (such as rumors about Sony wanting to buy Konami's top IP), and Asteroid G is a much more suitable place for those kinds of conversations (but, seriously, if you're interested in Castlevania, go hit the Inverted Dungeon). 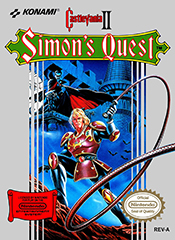 One thing recently in Castlevania was the fact that Konami killed the mobile Metroidvania title, Castlevania: Grimoire of Souls. While the loss isn't really a huge deal for fans of the series as, reportedly, the game wasn't that great, it was a title that never made it out of beta and didn't even officially reach the U.S. before its ignoble end. Meanwhile, Konami is now launching a new, mobile-only Metroidvania, Castlevania: Moonlight Rhapsody, this time only in China (at least for now).

As we've discussed before, Konami of today isn't the same company that produced all the classic Castlevania titles over the years. Konami has shifted their focus away from consoles and portable systems, focusing instead of mobile games and gambling machines (pachinko and the like), using their top IP (like Castlevania) to brand these games and get eyes in front of them. While that might work for their bottom line, it's hard being a Castlevania fan when this is all Konami is giving us. It's doubly hard to watch when the franchise has proven to still have life in it, with the spiritual successor series Bloodstained, clearly showing life in these old, skeletal bones. Fans just want a proper Castlevania and Konami seems disinterested.

But crafting a new entry in the series, one that honors the past while still aiding Konami's bottom line, really shouldn't be that hard. There are indie game companies crafting Metroidvania titles with budgets far smaller than AAA+ company games, and these titles still feel like AAA+ work (for 2D, sprite-based platformers) and do pretty well on gaming e-Shops. A title with Konami's logo and the Castlevania name would sell like gangbusters by comparison. It should seem like a win-win in Konami's book.

The question then would be, "what kind of title would we want?" There are three schools of Castlevania at this point (looking at major trends and ignoring one-off titles): classic platformers, Metroidvania titles, and 3D Lords of Shadow games. While the later has its fans, those titles hardly feel like proper Castlevania titles, so for the sake of our discussion (and the theoretical, cost-conscious budget we're thinking a project like this would have), we'll turn our attention to the 2D genres and work within those styles.

A good way to get old and new fans (back) into the series would be to take a classic title and reboot it. This functions as a jumping on point for new players while also providing something like a familiar experience for the old-school players. Of course, you're going to have fans of the really old school, "Nintendo-hard" platformers while some newer fans prefer the Metroidvania titles. My suggestion is not to cater to one over the other but to cater to both with a titles that gives all fans what they're looking for.

If we're going to remake any games, clearly we needs to start with Simon Belmont; he was the first hero of the series and certainly the most well-known figure in the series. Sure, his first adventure -- the original Castlevania -- has been remade more times than we can count, but its sequel, Castlevania II: Simon's Quest, remains an underdog in the series, one that hasn't seen a proper revisit since it's original release. What I propose is not picking one over the other but crafting a new title around both: Castlevania: The Saga of Simon.

This title would start with two main play modes: 'Vania Mode, which would provide a Metroidvania experience, and Classic Mode, which crafts a retro-platformer experience the truly old-school fans would appreciate. Both versions of the game would tall the same basic story, a remake of both Castlevania and Castlevania II as a single, combined adventure. From the menu, if someone selects 'Vania mode they'd get dropped, as Simon, onto the outskirts of Dracula's castle at the start of the first adventure (the original Castlevania), where they would play through an open, exploration version of the original game, heavily rooted in the Metroidvania style, with an entire castle to explore, items to collect, upgrades to find, and secrets to unlock.

Once they've completed this part of the adventure, fighting through to the top of the castle to take out Dracula, the game would then transition you to the back-half of the game, with seven years having passed and Simon (aged, a little weaker, but still with some of the equipment he found in the first part of the adventure) forced to fight around the monster-infested Romania to find Dracula's five body parts, reunite them in the ruins of Dracula's Castle, and resurrect the demon. Where the first game was "remixed" into a Metroidvania affair, this section would see it's own changes, too, with a new version of the story (free of the awful translation of the original title), and an expanded section at Dracula's Castle. Resurrecting Dracula would also bring back the full magic of the castle, leading to a final section of the dungeon to fight through (and not just a three-screen, abandoned wreck to end the game). There would also be more bosses in the mansions that populate the game, and an enhanced experience over all).

Meanwhile, Classic Mode would take the art and level assets of 'Vania mode and remix them into and old-school package. This will seem familiar for the original Castlevania as that was already a platformer, although elements (like stages) of the various remakes (Super Castlevania IV, Chronicles) will be included to give this a refreshed feel. The change will feel much more substantial for Castlevania II, as tis would be a "back-conversion" of that Metroidvania title into a platformer instead, chunking it up into linear stages and classic play style.

While these would be the two main modes of the game, creating a fun and integrated experience for both style of play fans enjoy, they wouldn't be the only modes eventually available. As players worked their way through the game (either version, Classic or 'Vania), they would find tokens (from defeated enemies, and occasionally in candles). As soon as they've finished one of the games (Castlevania in either mode or Castlevania II in 'Vania Mode) they'll open up Pachi Mode. This will be a loving homage to the Pachislot games Konami makes now, and the tokens they earn can be dropped into the Pachislot games (one each for Castlevania and Castlevania II) which would unlock bonuses -- collectible trophies, stickers, behind-the-scenes art, and the like, ala the trophy gallery in Super Smash Bros.. Play more, earn more tokens, unlock more goodies for the collection.

Of course there'd also be a Boss Mode that can unlock after completing the games too, as that's a traditional mode in all the later Castlevania titles. This, too, can have goodies hidden within, maybe skins or bonus characters to play as. Naturally I'm sure Konami would also want some kind of bonus content that could be gated by a for-cash storefront, but ideally that would be minimal and only sport special skins (and not anything game breaking or essential to the experience).

What I think would be the most exciting part, though, would be the fact that all these games could be built on the same engine, once the first title was released. As long as the games were making money you could keep adding titles to the Castlevania Saga, making an collected package that continually expanded. Adding in the Adventure games would add new Pachislot games to the Casino along with adding in those adventures in under 'Vania and Classic modes. But, even cooler, you could then take those heroes and use them in each other's games. How cool would it be to play as Chris in Castlevania II, or Simon in Castlevania III, or Sonia Belmont in Castlevania: Bloodlines. There's room for this package to become a dream collection every fan (casual and hardcore) would want to play.

Yes, it's all a pipe dream, but it's a cool one that wouldn't be hard to craft, You'd just have to get Konami on board with doing anything with the Castlevania series, no easy task to be sure. But a loving tribute to this series is exactly what Castlevania deserves. Maybe one day...