All the Rolling Action You Could Ever Want

The Internet has certainly opened up the possibilities for content. Anyone with an interest or hobby, no matter how silly it might seem, can publish their content out to the world and, very often, find at least a few like-minded individuals to enjoy it. There are any number of obscure webcomics, blogs, videos, and whathaveyou that have dedicated followings, even if the ideas sound completely bonkers to the average human. The Internet provides. 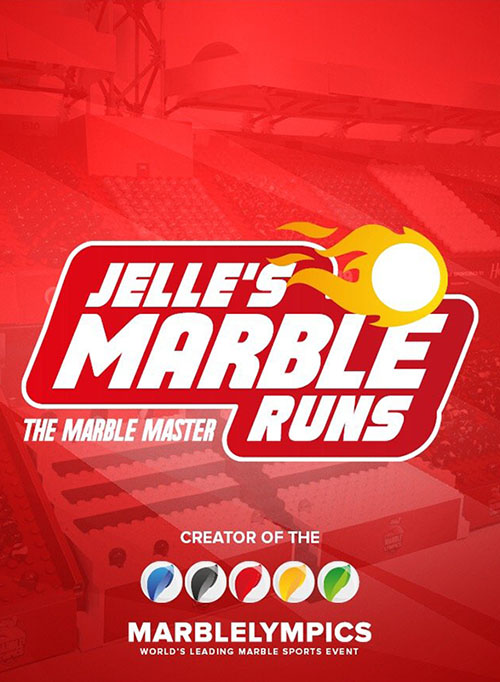 Marbles are not an object you would figure would inspire passion in people. Sure, I know there are hardcore train fans out there, building elaborate setups on detailed landscapes, and I would assume there's a similar group of people doing the same for die-cast cars (hell, a cursory look through YouTube proves just that). But marbles are just marbles, right? How obsessed can you get with a bunch of glass spheres that roll around? Where are the crazy and elaborate setups that drive stories and create passion in fans?

Clearly I was mistaken in this assumption as there's a large and dedicated fan-base for marbles, not just the orbs and the kinds of machines that can be setup to roll them around, but in the very racing of these spheres as well. I realized this after an AV Club article directed me to Jelle's Marble Runs, a YouTube channel all about setting up elaborate courses for marbles to run, and then filming all that sweet, sweet marble action.

On it's face it's ridiculous. It's just marbles. Who cares about how marbles come out in a race, especially when it's just one dude rolling them down tracks? The thing is, though, that Jelle's Marble Runs doesn't just have basic, little courses -- these are supremely elaborate affairs that go on and on, building on themselves and becoming more fun (and ridiculous) as they go along. There's a certainly amount of joy to be derived from seeing five minutes of marble action as they roll down a sand rally course, the marbles fighting back and forth for track dominance. It's oddly engaging.

Yes, you do end up feeling the "passion" of the races as they go down the course. That's one thing that Jelle's Marble Runs gets so right with these races (and other events): they have an announcer, Greg Woods, who commentates all the matches. He gets you invested in the action, talking about the racers, jokingly getting into their mindsets, and sucking you into the action. Yes, its dumb and silly and yet, at the same time, you can't help but get sucked in by the commentary, by the production values, and by the on-screen action. 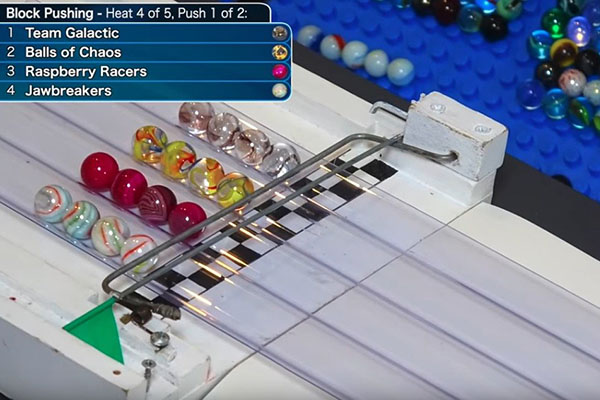 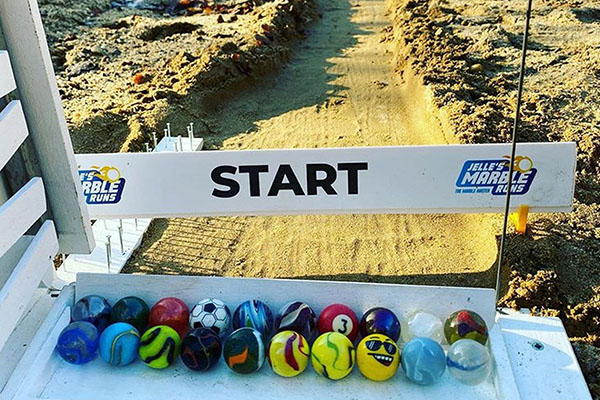 Although much of the content on the site is based around the Sand Rally leagues (if you go through all the individual videos), recent years have seen a focus on other kinds of racing. Certainly one of the biggest draws for the channel are the Marble Leagues (formerly the Marblympics), a series of events inspired by the Olympics where the marbles are put through all kinds of weird challenges. These are events like balancing (rolling down a straight line as a group of four marbles), high jump (a long ramp to a jump over a high bar), swimming (underwater races), sprints, hurdles, and collision (marbles smashing into each other). There's a wide variety of events in the Marble League (with both Summer and Winter challenges now), certainly making this a highlight of the channel.

A recent addition to the channel, though, is indoor lap racing (on plastic racing tracks), called the "Marbula". The first set of these races, Marbula One, was designed as a parody of the Formula One league of actual car racing. A series of eight races were released, with a season format that had the marbles carrying points from one race to the next to find an overall season leader. This was then followed up with the sponsored Marbula E league (once again based on real racing, this time Formula E). With marbles based on actual car companies (and not just the usual series of competition teams that have cropped up in the Marble League videos), Marbula E has a wonder, real-world vibe to it that helps this jokey little e-sport feel very lived in and authentic.

There's honestly all kinds of great content on the Jelle's Marble Runs channel. Jelle (the creator's actual name) builds all kinds of marble machines and hits various conventions to showcase his works and meet other, like-minded marble fans. Some of his machines are even featured in actual museums, so it's clear this guy really knows his marbles. Going through his whole channel showcases all the interesting ways marbles can be raced and rolled, all the elaborate setups marble fans can make to play with their glass spheres.

I will admit that while I enjoy watching these videos, especially the Marbula runs and the Marble League, I'm still not a devoted "marble fan". I think these videos are fun, and I certainly enjoy all the racing content Jelle posts, but I don't think I could ever get as obsessed with marbles as Jelle has. And that's great -- Jelle certainly has a lock on this market and as long as he's creating great content like this I don't think anyone else needs to try and be as invested in marbles as he is. He's got it on lock and does all he can to make marbles seem cool, and that's awesome. 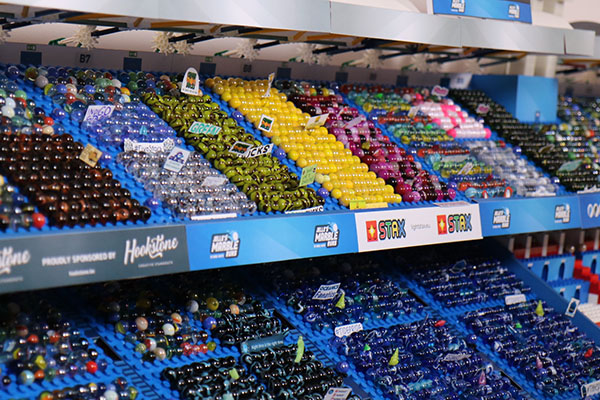 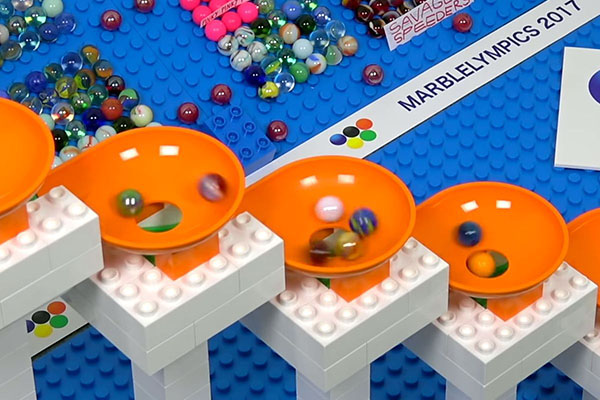 Jelle's Marble Runs provides a lot of fun content that just about anyone can enjoy. His channel has been getting a lot of coverage in recent weeks, even being featured on Last Week Tonight with John Oliver (and that show is also sponsoring the new season of the Marble League, which is just kicking off as of the time of this article's writing). Amid the COVID-19 lock-down, when most regular sports can't be run due to fear of spreading the virus, a fun e-sport league like this fills a nice niche and gives people something to watch and root for. It let's people have sports from a safe and secure place.

Although in recent months Jelle was worried about having to cancel the Marble League (and other events) due to lack of funds, Last Week Tonight's sponsorship has helped to ensure this event will continue on. And, hopefully, with all the new viewers coming in (as people are stuck at home, avoiding the virus, along with the attention brought to the channel) Jelle's Marble Runs will be able to continue providing their brand of awesome, silly content for years to come.