It's All Fun and Games Until Someone is Brutally Murdered

There are a few horror genres I don't bother with. Ghost stories, for example, don't thrill me because they always feel like the same shtick over and over again -- doors rattle, pictures are throw off walls, and then someone is possessed by an evil spirit and has to be save by the power of love or religion or whatever. The same goes for Devil and Demonic Possession films, which largely stick to the same beats as ghost films. And then there's the ones where some innocent (or innocents) end up at a remote location and are slowly hunted down by a group of crazed psychos -- think Texas Chainsaw and all its ilk. I've never felt like these films provide anything more than grisly torture porn, more gross than scary, so I general dismiss anything that feels in the same genre. 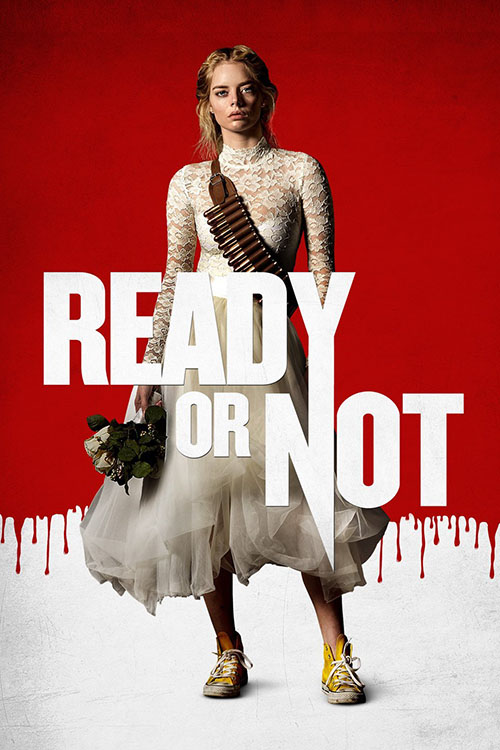 In the case of Ready or Not, though, that was a mistake. This film does play with the idea of a lone innocent stalked by murdered in a creepy old house, but the way it approaches the material, the darkly comic way it goes through the horror setting, and then the pay off at the end all work to elevate this into something quite different. Whatever misgivings I might have had from the trailers (with people in creepy masks stalking their prey in their mansion) were dismissed pretty quickly in the first few scenes of the film.

Grace (Samara Weaving) is the fiancee of Alex Le Domas (Mark O'Brien) a rich son of the Le Domas family who made their fortune selling board games and their ilk. We meet her on the day of her wedding at the Le Domas estate, a massive mansion with equally massive ground, lovely unless you know what comes next. It seems that the Le Domases have a tradition: on the night of a wedding to one of their children, the newly added member of the family has to play a game. It could be anything, from checkers to chess or Old Maid. But there's one card everyone fears will be drawn: Hide and Seek. Unlike all the other cards, which are perfectly safe, Hide and Seek is a totally different game.

See, it seems that decades earlier the original Le Domas, the one that started the fortune of the whole family, had an encounter with someone that might, in fact, have been the Devil. In exchange for fame and wealth a pact was made -- when someone marries into the family, they have to draw a card, and if it comes up as Hide and Seek, the entire family has to play the game with the intent of killing the newlywed and sacrificing them. And Grace and the unfortunate luck to get Hide and Seek on her draw. Now she's in the fight for her life, trying to survive until dawn or she'll be their next sacrifice.

Going into the film, watching it's opening scene of a game of Hide and Seek set 30 years earlier before the movie really takes off, I will admit I had my misgivings. The opening, in fairness, does set the stakes for the film, but it unfortunately also undercuts some of the shock of the later film. We do know that the family is a bunch of murderers so when they reveal the game, and their intentions after, there's no surprise, so terror in that regard. Instead of a sudden shock from violence and horror, the film has more a slow burn energy as you wait for inevitable. Clearly she's going to draw the bad card, you think, because otherwise why would we be focused on this character after 30 years? 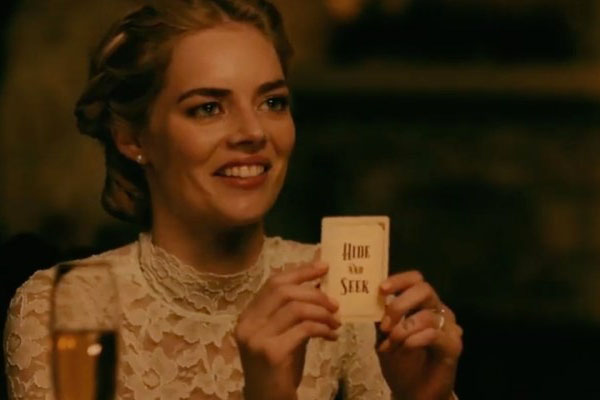 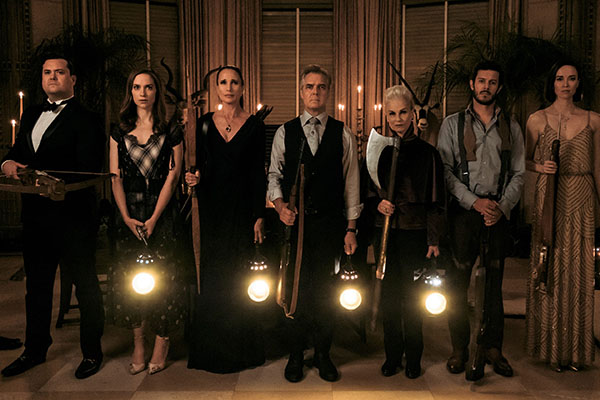 But while the film doesn't build up the terror like it could it does, instead, swap it in for a darkly comic edge. Weaving's Grace is a sassy and sarcastic character, full of spunk and venom, someone who, honestly, is too good for the rest of the family, that's for sure. She doesn't take the game seriously initially, of course, but then the reveal of it leaves her building herself up, getting into the spirit of it (by which I mean becoming a bad ass), and the film finds ways to mine horror and humor at the same time from her journey through the night.

There's also humor to be had from the Le Domas family. This is a group that knows Hide and Seek is on the table every time a new member marries in, and yet they never practice for it, never try to be prepared for the game in case it comes up. They're all comically, ineptly bad at the whole affair, and we get a lot of great, Wile E. Coyote-style moments as the family tries, and fails, to kill Grace over and over again. Their frustration, their anger, and their constant bickering up the humor of the situation. They're bad people and you love laughing at their misfortunes.

The film does like to revel in its subject matter. While I call this a comic movie, it's still a horror film at its core. Grace does get punished more than once during the film, suffering at the hands of these maniacs as she tries to become the film's Final Girl. Those looking for a comedy in the vein of Knives Out will probably be turned off by the scares, the gore, and the subject matter -- this film, despite how funny I thought it was, is certainly not for everyone.

Those that do get into the film with find something horribly enjoyable. The construction of the main part of the movie is solid, with a quick pace and plenty of action, gore, and death to carry through a film of this style. The movie knows the kind of tale it wants to tell, and everything it put together perfectly to really carry home the story and substance of the piece. Plus, it all builds to a really epic conclusion that feels like a total release of everything that built up before. It's the kind of big set piece I don't want to ruin because it's so good, so worth watching once. 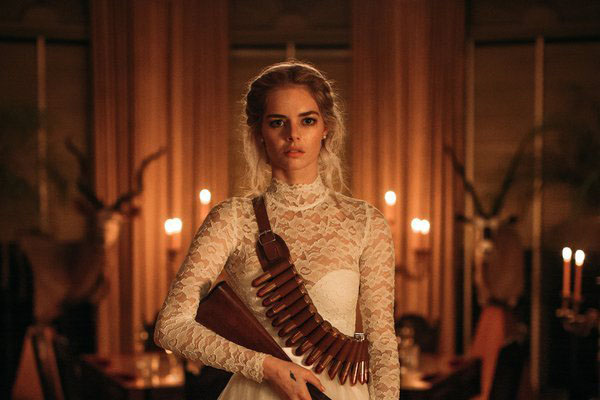 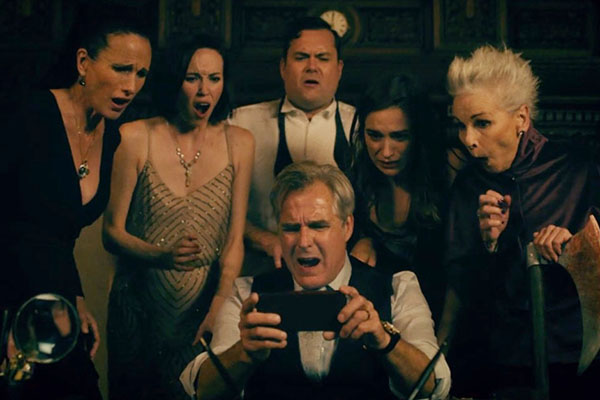 My quibbles about the opening scene notwithstanding -- a sequence I really wish they'd put into the film as a flashback later in the runtime instead of opening with it -- I really did enjoy this movie. Even though the basic story is spoiled by that opening sequence, there are still plenty of shocks, surprises, and twists to carry the film. Plus, again, it really is quite funny, with the movie striking the right balance of horror and humor. It's one of the most enjoyable, darkly funny horror films I've seen in a while, a solid watch for its whole runtime. If you can stomach horror films, Ready or Not needs to be on your watch list, no question.