Presented by the Ocho

I wouldn't normally think of myself as a Vince Vaughn fan. He can be a funny guy but a number of his films essentially boil down to his character being a lazy man-child who never wants to grow up. Sometimes he does, but more often than not the character doesn't really evolve in any meaningful way with, instead, society somehow realizing his brand of slackerdom is some kind of Zen-like lifestyle. Wedding Crashers is perfect example, with the Vaughn character not learning anything and then getting a gorgeous sex-fiend wife. 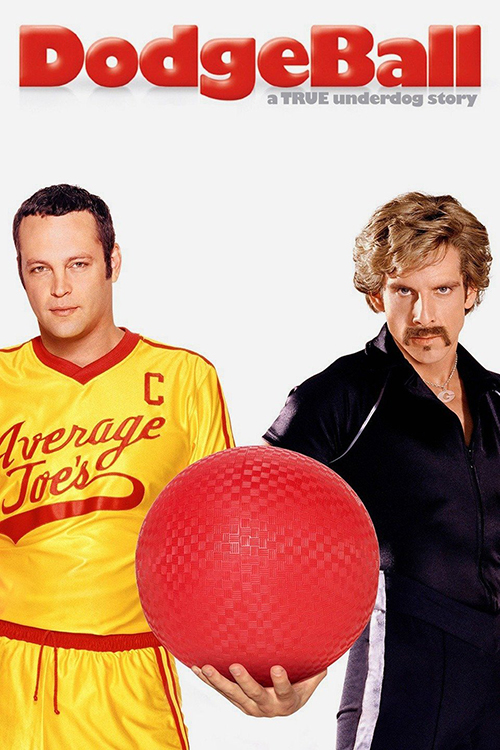 Part of the charm of DodgeBall: A True Underdog Story is that it knows the persona Vaughn conveys. He's still his usual lovable slacker, but the movie actually views this as a bad thing. It acknowledges that he's been coasting, that he's been letting his life fall apart and this his usual brand of slacker-Zen doesn't actually work in the real world. This puts a solid twist on the movie as it pushes the character, from the opening of the film, to actually grow and change. It frames it as a story for actual growth, which makes Vaughn's character so much more tolerable.

In DodgeBall, we're introduced to Peter LaFleur (Vaughn), a slacker owner of Average Joes, a gym that's been struggling in recent years not only because Peter doesn't really care about running a business, but also because his gym is up against Globo Gym, located right across the street, run by White Goodman (Ben Stiller). Goodman really wants Average Joe's gone and will do anything to get rid of the place, including calling in the bank to foreclose on Average Joes. This brings in Kate Veatch (Christine Taylor), the bank's representative in the foreclosure case, who warns Peter that he has 30 days to get $50,000 or he'll lose his gym.

Peter let's his gym rats, a collection of sad sacks and losers -- Stephen Root as nebbish Gordon Pibb, Alan Tudyk as "Pirate" Steve Cowan, Justin Long as loser high schooler Justin Redman -- along with gym workers Owen Dittman (Joel David Moore) and Dwight Baumgarten (Chris Williams) about the situation. That's when Gordon suggests they play Dodgeball as there's a tournament coming up that he learned about in Obscure Sports Quarterly. This leads them to hire insane dodgeball coach Patches O'Houlihan (Rip Torn) to train them for the tournament. White learns about the plan, though, and gets his own team into the tourney. It's a classic slobs versus snobs as Average Joes had to face Globo Gym for the fate of their gyms.

On its face, DodgeBall sounds like a pretty standard sports movie, with the small team taking on the big boys in a winner-take-all tourney. Maybe there's a bit of Bad News Bears mixed in, but the start of the movie doesn't make it seem like it'll go anywhere strange or new. But then the show continues to up the absurdity, more and more, until the movie hardly represents the real world, in much the same way BASEketball manages to add parody and absurdity on top of itself. That's what really elevates the movie, that it doesn't give a crap and just keeps layering on itself. 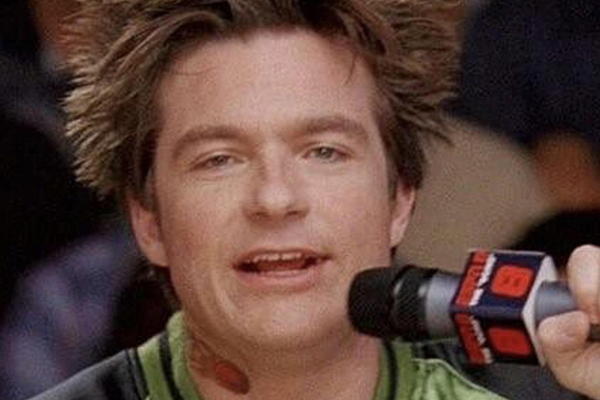 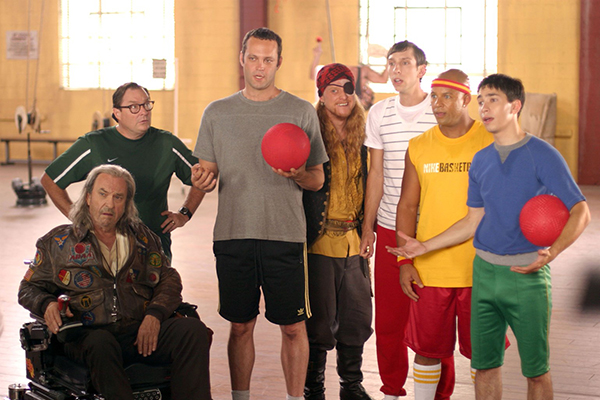 Of course, the movie is most famous for "The Ocho", the ESPN parody that has lived on long past the movie itself. ESPN 8, the Ocho, is such a great part of the movie as the guys make it to the tournament and start playing against other teams. Headed by the two announcers, Cotton McKnight (Gary Cole) and Pepper Brooks (Jason Bateman), this whole fake network becomes an essential part of the humor, with their kooky commentary and dry delivery. The Ocho is such a great gag and really adds to the proceeding.

But then that can be said about everything in this movie. I normally don't much like Ben Stiller either, but his over-the-top performance as the slimy White is great. He has this nasty, smarmy quality that he pairs with a complete and utter stupidity that makes the character hilarious but completely hate-able, too. The fact that the film finds a bunch of people for his team that are as weird and strange as White only accents this humor even more.

However, I also really like the team of guys for Average Joe's. Justin Long plays a great, stuttering mass of nerves, always putting himself forward to take the hit and be a butt of the joke. Root is also solid with his Gordon character, playing a fun and dorky little dweeb. I wouldn't say his character is deep at all, but with the role he's given, Root plays it to perfection. The best character on the team, though, is Tudyk's Steve the Pirate. Tudyk does such a good job with the character, investing in this dumb pirate with his stupid accent so well, stealing scenes just bu hanging around.

I've seen the film multiple times at this point and it's always pretty darn funny, with a casual humor that plays over and over again. That said, the film hasn't aged well in all respects. It has a bit of fat shaming (even when it tries to play it off like it doesn't), a bit of confused gay humor, and a number of times when it goes for the easy, offensive joke instead of taking even a slightly higher road. If it didn't have this particular cast of actors it totally could have slid down the road of so many bad SNL movies and been a film no one enjoyed. 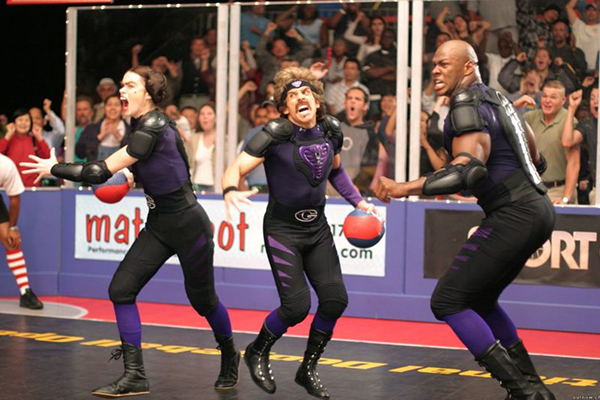 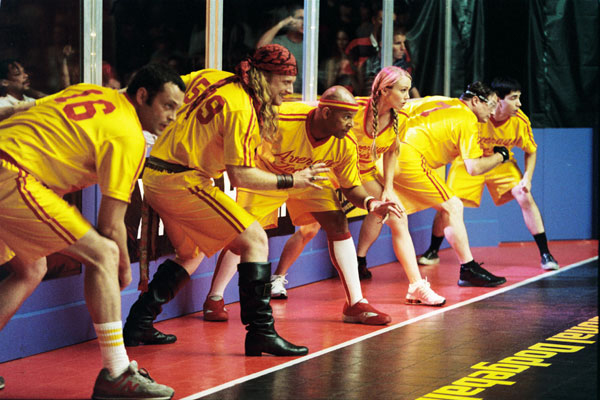 I don't want to oversell the film. It is just a simple, low-key, silly movie. The trick is, though, that it doesn't try to be more than that. It just wants to be a fun hangout movie that slowly builds its humor until the slabs-v-snobs story because a giant parody of a parody of a parody, and it works. But at it's core, it's still just a dumb, doofy little film, and that's why I enjoy it so much.

People may not talk about DodgeBall: A True Underdog Story as much as they did when it first came out -- certainly The Ocho has lived on longer in people's minds than the film itself -- but it is a fun little classic of the form. When all you want it a movie that will make you laugh, time and again, DodgeBall is the true underdog winner.