There was a time when Will Smith was the biggest Box Office draw in the land. The man could do no wrong, releasing hit after hit after hit, from Independence Day to Men in Black to Bad Boys, raking in millions upon millions from his fans. For a good number of years the July 4th weekend was literally his weekend, a time when you could reliably expect the next Will Smith blockbuster to come out and then make all the money ever. He was the golden god of the cinema and we all had to bow before him. 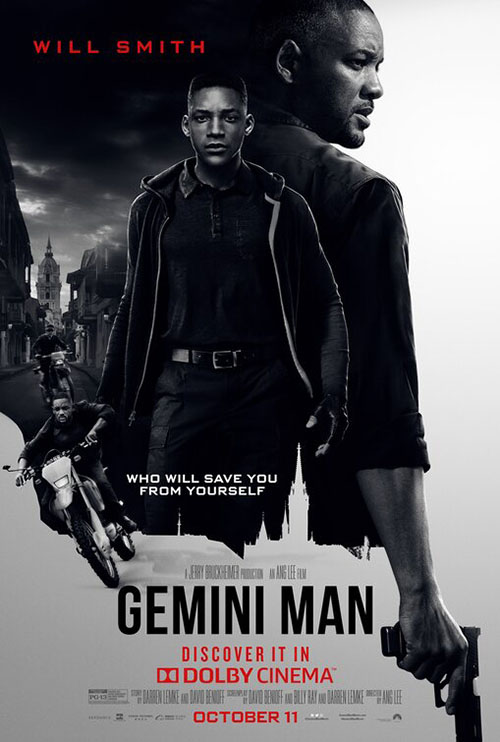 That time has long since passed. At some point Smith's star started to fade (with the first hints of it coming from the truly awful Wild Wild West), and now the star is struggling to get the same kind of hits that used to come so easy to him. He's still a great actor, able to mind pathos and emotion out of even the cruddiest scripts, smoothing over bad dialogue and terrible performances from his co-stars through his sheer charisma alone. Given the right movie I have no doubt that Smith would be back at the top of the Box Office. Gemini Man is not that movie, not by a long shot.

At the start the movie has some spark to it. Will Smith stars as Henry Brogan, an aging government-sanctioned assassin who is still the best at what he does. After a near-miss kill that could have taken out innocent bystanders, Henry decides to hang up his hat and retire. Unfortunately for him, he quickly gets caught up in a conspiracy -- that one last kill wasn't some terrorist but an innocent scientist, and once Henry realizes he was duped he has to keep investigating. This leads the government to decide that Henry has to be taken out, so they send the next best guy to do the job: a secret clone of Henry named "Junior" who has all of Henry's skill but is 25 years (or so) younger. Now Henry has to battle Junior while digging into the conspiracy to find the real evil at the end of the plot.

There are parts of Gemini Man that really do work. Will Smith is, of course, enjoyable to watch, once again giving a performance that shows this actor can do work with even cruddy material. He's paired up with Mary Elizabeth Winstead as his handler, Dani Zakarweski, and Benedict Wong as a form associate of Henry's, Baron, and the trio have a grand time running around, throwing out quips, and getting into trouble. There's solid chemistry between the leads and for a while the film seems to beating a path along the lines of The Bourne Identity mixed with aging action cinema like Taken. It doesn't feel especially original but it is at least decently crafted.

The problems start to set in once Junior enters the picture. Or, really, the problem is the setup to get Junior even in the movie to begin with. It's pretty obvious that the film was built around the concept of "what if aging action star had to fight a younger version of himself?!" Apparently this script has been bouncing around Hollywood for over a decade, with various people making attempts at the film before passing off the reins. That speaks to the fact that the whole idea for this movie boils down to having whatever actor got to be the lead pull a Double Impact (a la Jean-Claude Van Damme), and then everyone went off to snort cocaine and pat each other on the back. That's how a threadbare plot can end up in a big blockbuster like this film. 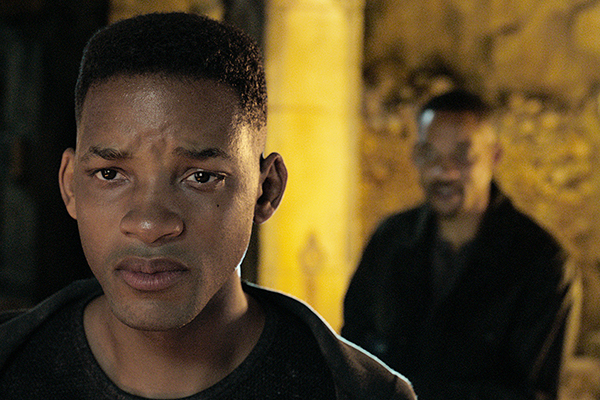 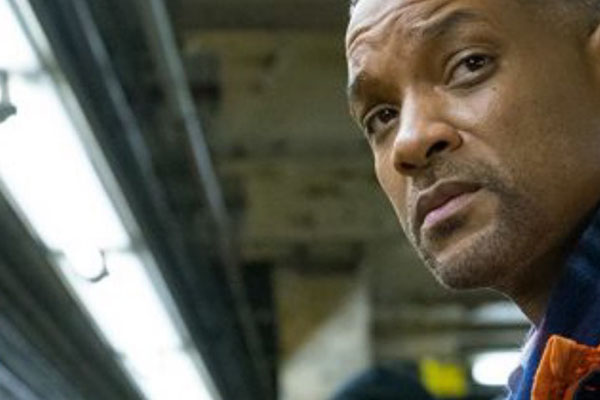 As I was sitting in the theater, watching this movie, it wasn't even ten minutes in that I said, "why are they doing this?" Think about it: Henry finds out that a kill mission was actually shady as hell but instead of sending a rep to talk to him, or maybe sending a bigger dossier to his door to explain what happened, or heck even just calling him into the office to have a frank discussion about everything, the spooks immediately think the best idea is to send a hit squad after the best killer in the world. That's a leap from 0 to 11 without anything in the middle. And, obviously, once that hit squad all dies the only logical next step is to send the killer clone after the original.

What sort of stupidity is that? First of all, trying to kill the killer is only going to piss him off (which it does). Beyond that, though, no one ever stops and thinks that maybe talking might be a good idea. It's not like Henry is a frothing psycho-killer -- he retires because his conscience is getting to him and before he does something he'd truly regret (like accidentally killing a kid, which almost happens at the start of this movie) he gets out. The guy has reason, he has soul, so why not maybe just have a heart-to-heart. Surely that should have been steps A through at least J before jumping to Plan Z and trying to kill him.

But there's also the fact that sending his own clone after him is the single worst idea in the whole movie. The clone is just as good as the original, it's true, but all it takes is one direct confrontation where old Henry looks Junior directly in the eye and has a frank conversation before Junior is switching sides. If you goal is to kill Henry with maximum efficiency, don't send the one guy that could actually be swayed by a one-on-one conversation. Hell, don't send a guy at all -- as we learn, there's a tracking device in Henry the whole time so bad guys know where he is at all times. Just send a drone to where he's staying a blow up the block, the blame it on terrorists. Why all the fuss?

Well, I suppose that wouldn't make for a very interesting action movie, and it certainly wouldn't let us have Henry fight a younger clone of himself. But doesn't that speak to the larger issue with the movie, the fact that the clone is the least necessary part of it. The whole hook of the film, old Will Smith fighting young Will Smith, is also the thing that causes the whole plot to fall apart. If the film could have focused on just being an aging Bourne-style film with a charismatic cast, it could have actually pulled things together. Hell, if you remove the parts of the film related to the clone you basically have the movie I just described; it's three spies globe-trotting around to get revenge on the shadowy agency that betrayed them. That sounds like a fun movie. 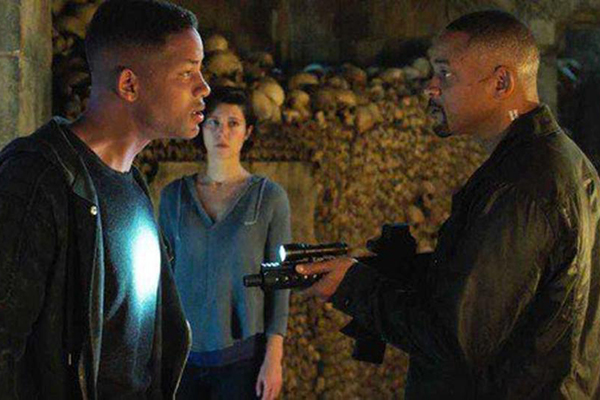 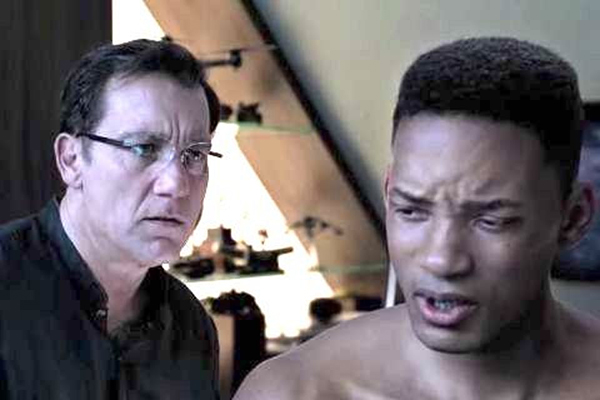 The parts of the movie that do work aren't enough to balance the parts that don't. The action is at times great, showing a balletic grace and style. There are sequences, like where Will Smith gets into a street fight with a melee attacker on a motorcycle, that are fabulous bits of action cinema. Director Ang Lee clearly had some set pieces he wanted to film and he does a great job of giving us solid action, filmed well and directed with aplomb. And the special effects used to create the younger Will Smith, a mix of digital motion capture and layered effects, create a youthful star that, at times, is photo-realistic. It's a movie that, int he right moments, looks stunning.

And then the characters speak, the plot picks back up, and the film falls apart. Gemini Man is one part spy thriller, two parts pointless tech demo and, the longer the film goes on, the more the tech demo takes over. I really think Will Smith could lead a spy thriller and, one day, I hope he gets one with a story worthy of his talents. If Gemini Man proves anything it's that Will Smith hasn't lost his talent. Now he just needs to pick better projects.