Do People Really Play These Things?

January is my time of year. It the time where Hollywood dumps all the random garbage they've made during a season where no one goes to the movies. It's a great time if you want to watch awful movies and B-movie horror schlock. I love it. 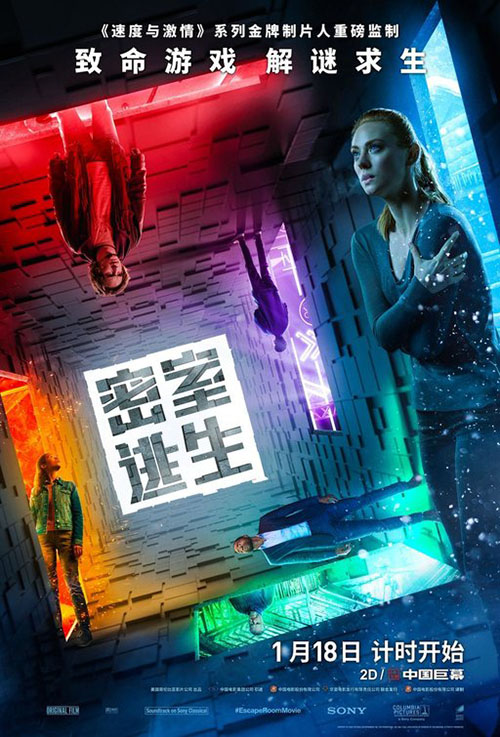 It is, in point of fact, the perfect time for a movie like Escape Room, a cheesy horror film that makes no sense if you even think about it for more than five seconds. It's a dumb film that wants to play at being a smart and tense puzzler but never quite understand what goes in to making those kinds of movies. It's a January dump flick, really, which makes it ideal fodder for this website.

In the movie, six strangers receive mysterious invitations to participate in a specialized escape room. They get these invitations from six mysterious puzzle boxes they first have to solve, the first clue that everything they're about to experience should rely on their skill with puzzles. Once they all meet up at the escape room in question, the puzzles begin immediately. The mind games are difficult, the traps are deadly, and they'll all be lucky if any of the participants make it out alive.

Going in to watch Escape Room I knew I'd have to shut my brain off for this flick. While the movie wants to pretend at being smart -- the participants have to use their brains to figure out the puzzles, all so they can get through to the next room, on and on -- it's really dumb. Most of the solutions are stupidly easy to figure out (like a lock needing a seven-letter password in a room with the phrase "you'll go down in history" on a nearby cross-stitch -- if you instantly figured out "Rudolph" for the phrase, like I did, you're smarter than everyone in the film), but the movie plays it like it's being oh so clever.

Essentially, this movie wants to play like it's Cube, my high-water mark for intelligent horror films, when it's not. It's, at best, on par with the mid-tier Saw films, clever in places but nowhere near as smart or interesting as it seems to think it is.

The biggest issue with Escape Room is that, for a horror movie, it's just not that scary. There's one decently thrilling section of the film, a sequence set inside an upside-down pool hall, that really shows what the movie can do when it gives us tangible fears to work with. Sadly, this is but one room of the six, and just as quickly as the movie raises the bar it then lowers it again in the next room. Nothing that goes on around the characters seems to have any lasting impact on them (aside from the occasional death, which means there's on less person taking up space in the next scene), so the sequences don't have any tangible weight to them. 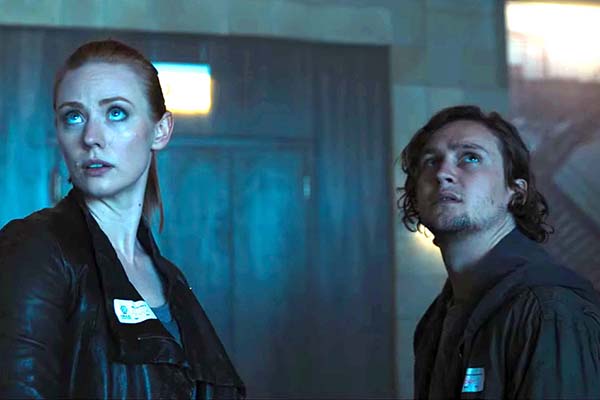 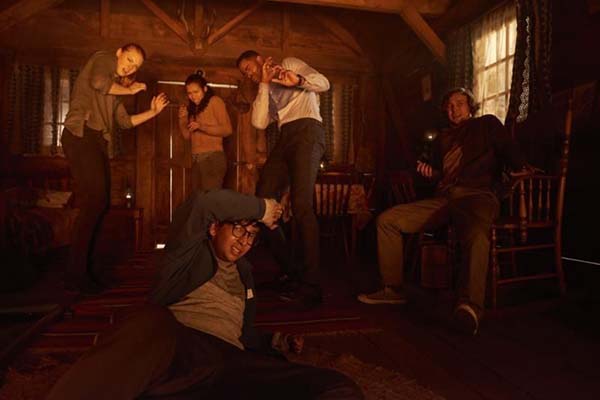 Of course, that flaw is easy to determine: Escape Room is a PG-13 horror film which means it's also a bloodless affair. When you have a setup like this, where the characters are going to be burned, frozen, drowned, dropped, and otherwise destroyed by each of the rooms they go into, you have to have some kind of gore, or blood, or even some shallow wounds to show these people are taking damage. If they don't emerge at the end of it as bloody as John McClane at the end of Die Hard then the whole setup betrays itself. With a PG-13 rating, none of that was possible, and thus the film feels cold and weightless.

This is especially the case when you consider that we don't really see any of the corpses. People die, but they do so in a way that ushers their bodies off-screen. Since this whole film is setup with the idea that we can't trust what we see in each of the rooms, that anything maybe be a clue or a secret puzzle piece, not showing us the bodies means we can't trust if anyone is really even dead. This, too, lessens the impact of the film, removes the sense of loss and carnage, that would actually sell the setup. The movie can't provide any tangible evidence that anything is really happening, and thus it's just not scary. That's a bad place to be in for a horror movie.

But then it's hard to say if gore alone with actually improve the film. While more tangible scares could certainly have made the thrills better, there are still basic issues with the film beyond the PG-13 rating. For starters, none of the characters are at all interesting. Horror movies have often been lamented for having one-note characters, and Escape Room plays right into that trend. Each of the characters have one personality trait -- annoying geek, thuggish alpha male, shy nerd, drunk slacker, down-home trucker, closed-off military woman -- and this will define every interaction they have throughout the film. You don't learn much about any of them and thus, when they die, you hardly care at all.

It doesn't help that everyone in the movie is so stupid. Beyond the basic fact that, as noted, they can't even solve basic, obvious clues without a ton of build up, the characters are also willing to put themselves in stupid situations over and over. Of course, the dumbest decision of theirs was joining the escape room to begin with. Remember, all they got at the start was a mysterious invitation tucked into a puzzle box. I've watched enough horror movies to know that if a puzzle box shows up, you throw it away. Never, ever play with a mysterious puzzle box. Since this movie is supposed to take place in the normal world (and never once establishes that things like horror movies don't exist), you're honestly going to tell me all these people willing accepted the invitation from a puzzle box? I don't think so. 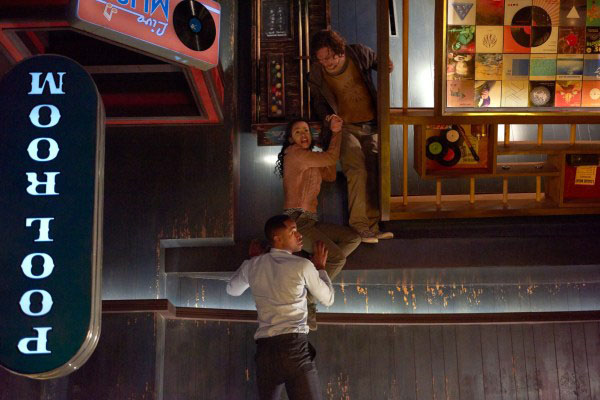 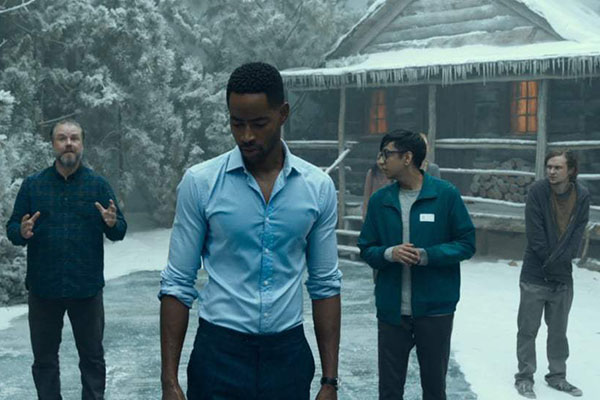 And then there are the twists and turns of the ending that I won't spoil. Suffice it to say, though, that all of the many machinations implied by the end of the movie are derivative of other, better works. None of what you'll see will surprise you, or scare you, or make you think because, really, it's all be done before. The film has nothing new to say about its setting, or the genre in general. It's just there to quickly usher you through some "thrill" sequences and then roll the credits.

Escape Room is a cheapy horror movie aping other, better movies that came before. Occasionally it does it well, but often the film falls well short of the mark. For a one-off watch, the film has its moments. I doubt, though, that after seeing this movie once, anyone will will take a return trip to the Escape Room.