A Flight of the Imagination

The Adventures of Baron Munchhausen

I feel like I have to cop to something here: despite being a big fan of cinema in general, considering myself something of an opinionated critic, a film snob of a decently high order, I haven't watched one of Terry Gilliam's most famous, and most beloved, films. I'm speaking, of course, of Brazil, the film everyone goes back to when they talk about the artistic genius of Gilliam. I know this is a great work that I really should watch at some point, but every time I sit down to watch one of his films, I end up picking up 12 Monkeys instead (which is another fantastic movie of his). This time, though, when I sat down to watch some very strange Gilliam... I still didn't watch Brazil. 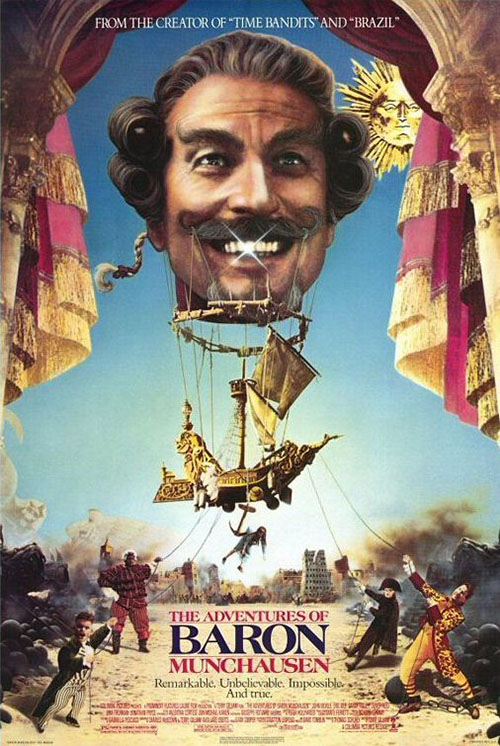 Instead I went with a film almost no one talks about, the third of Gilliam's films for his unofficial "Trilogy of the Imagination". His first two films, Time Bandits and Brazil tackle the subject from the perspective of a child and then an adult. His third, and the one I remember fondly from when I was a kid, was The Adventures of Baron Münchhausen, tackle the subject from that of an elderly person. The Baron (John Neville) is a man whose adventures are long behind him, lost to the sands of time. At this point, the Baron himself is considered a myth, a fictional character to be adapted into stage plays. During a war between the French and the Turks, the Baron interrupts one such play just before the theater is bombed out by the invaders. The Baron, aided by young girl Sally Salt (Sarah Polley) then swears to find his lost companions and take on the Turks to save the day.

The whole film is told in a very strange and unusual style. From the opening sequence in the theater when the Baron comes in, the film flips between what's often really happening (the stage play) and what the Baron remembers. This first sequence neatly blends the two together as a pan around the stage then shifts into the Turkish Sultan's actual palace quite smoothly. This shift also allows for a neat jump into the realm of the fantastic as the Baron, and his companions -- speedster Berthold (Eric Idle), incredible sharpshooter Adolphus (Charles McKeown), world's strongest strongman Albrecht (Winston Dennis), and Gustavus (Jack Purvis) with his super-hearing and Superman-style breath -- perform amazing feats and defy all the laws of science on their quest for fame, fortune, and justice. And all this plays out in the most trippy and mind-bending sequences you could imagine.

Gilliam, of course, gain notoriety as the illustrator for Monty Python's Flying Circus and various theatrical spin-offs. His distinctive style of animation and illustration gave the interstitial sequences on the show a look and feel unlike anything else. They were strange, weird, and utterly bizarre, while also being absolutely hysterical. That same sensibility invades Baron Munchhausen as well, with strange tales set on the Moon, in the deepest volcano of Earth, and in the belly of a giant fish. But it's even in the smaller moments, like the opening sequence in the French theater, with it's intricate stage design and amusing props. Through and through, this is a Gilliam production, both in aesthetic and quality of care.

That said, the really strange stuff takes some time to show up. The movie spends a good bit of time setting up the conflict between the French and the Turks, being oddly reticent to really give us the fantastic tales of the Baron until the audience is nearly ready to turn the film off. While the story is important, anything not told in the fantastic style of the Baron barely rises above passable in quality. Gilliam clearly wanted to tell strange tales but had to get through all the rote setup first, and these early sequences don't have the same odd-ball energy of the later, fantastic set-pieces. 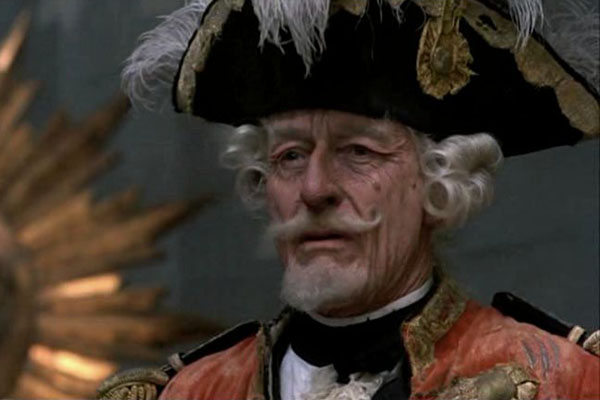 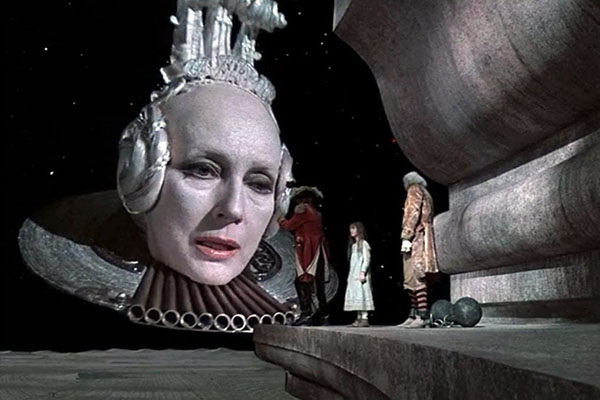 But then, once the film really gets going, and it twists and turns around itself, finding new ways to push the expectations of the viewers. How do you get to the moon? Why, but riding off the edge of the world and floating to it on the ship. Populating the moon are giants, both intellectually and physically. The King and Queen of the Moon (Robin Williams and Valentina Cortese) have the ability to split their heads from their bodies, allowing their flying heads to venture out on pursuits of the mind while their bodies give in to more craven pursuits (yes, sex). This is a weird sequence, one that arguably goes on a bit too long, but the set design, special effects, and intricate compositing makes it a treat to watch even if the story within gets a bit draggy.

Things pick up, though, once the Baron, Berthold (who was left on the moon 20 years earlier), and Sally descend (via a rope) back to Earth and drop into a volcano. There they meet Vulcan and Venus (Oliver Reed and Uma Thurman), Roman gods and lovers-at-war, for a light and fanciful sequence that plays up the power of the gods as well as the delight of the effects and design. Here, and on the Moon, the film continues to play with what's real and what's just a stage play as props, scenery, and effects all show the artifice of their creation. Instead of working against the movie, though, these design choices only heighten the experience -- it showcases how much works went into each and every artistic decision as well as working, of a piece, within the world of the film. Nothing seems quite real, but because nothing is truly real anything is possible.

Plus, let's just note how impressive all the props and effects are in this film. Everything is done with practical effects without a single bit of CGI involved. Admittedly this was because the movie came out in 1988 and CGI wasn't as commonplace as it is now. But because of the design of the film, CGI would betray the sense of the world the film provides -- if everything was fake and computer generated it would have the same tactile, theatrical feel that his production is able to achieve. The work is impressive to watch, with each set piece a marvel of its creation (from the giant fish that swallows the crew to the intricate Death angel that constantly chases after the aged Baron). If done today it's hard to to think the film would look anywhere as lush or artistic as it does here -- CGI just isn't able to accomplish what practical effects could provide.

Of course, it is all a bit silly, too. We are talking about a bunch of people going on an adventure on a lark, meeting strange beasts and finding creative (and family-friendly) ways to get out of danger. There are some times where the movie ventures too far into the fanciful -- such as where the Baron saves himself, and the horse he's riding on, from drowning by pulling upwards on his ponytail, thus pulling himself out of the water -- but these are the kinds of moments some will love while others will sigh. Your mileage at these times will, of course, vary. 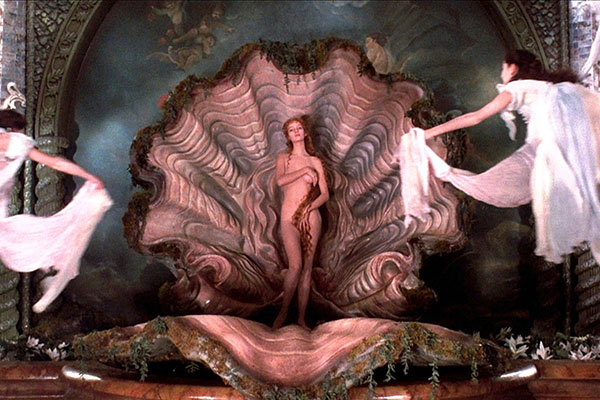 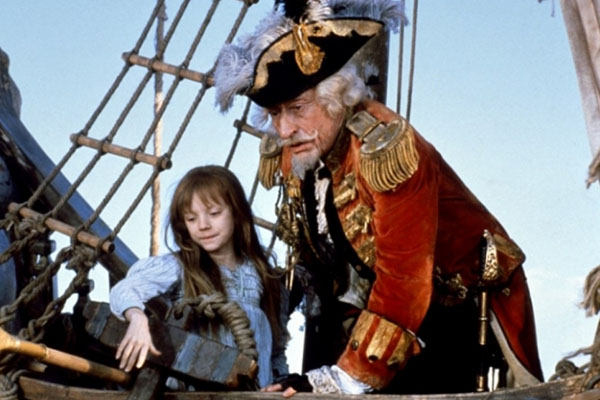 What's more interesting to me, though, is that while the film is supposed to be an episodic exploration of the imagination, what it really creates is a superhero movie back before those were so popular. Baron Munchhausen and his cohorts are, essentially, a superhero team set in the 1800s -- like the Avengers for the Age of Reason. While I don't think a movie like this could be made in this era (not with studio constantly pushing for CGI everything), a story like this could be quite successful. Baron Munchhausen was a theatric flop when it came out (which is understandable because this is a truly bizarre flick that had to be hard as hell to sell to people back in the late 1980s) but a critical darling. Now, with superheroes all the rage, I could easily see a version of this film being a fun counter-programmed parody taking the piss out of all the superhero films that are constantly spawning in theaters.

This is a movie that's stuck with me for years. After it came out in theaters (this being one of those films my sister took me took back in the day because, really, we went and saw everything we could), in enjoyed a short life on basic cable. I don't recall even seeing the movie again in the 1990s or 2000s. And yet I still remembered all the weird set-pieces, the strange jokes, and the fun asides. This might not have been a financially successful movie but it certainly was a very memorable one. So find a copy of The Adventures of Baron Munchhausen (I grabbed mine on DVD for this re-watch) and see how delightfully strange this film can be. If nothing else, I can promise you won't find another movie quite like it (except for the other films of Terry Gilliam, of course).

Now I guess I get to go back to not watching Brazil again for a while...