I'm sure, for a lot of people, the prospect of a Fargo series without the Cohen Brothers attached probably seemed like a terrible idea. The Cohens have a very specific voice, one that goes through all their movies, not just the the 1987 original Fargo film, but 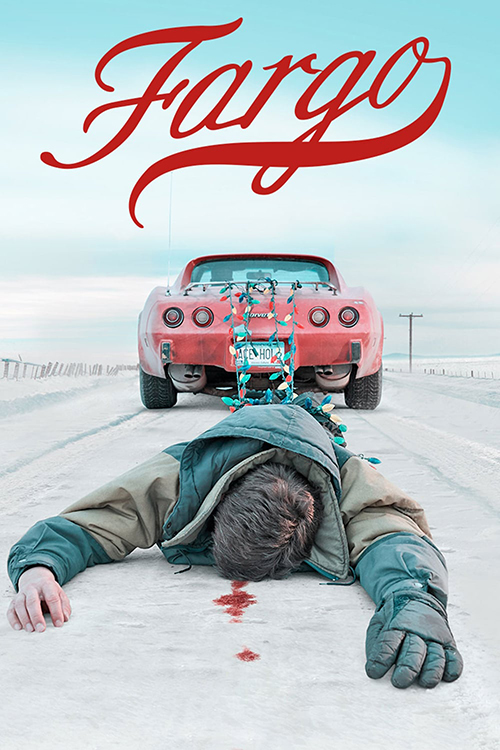 The 2014 series, produced by the FX network and created by Noah Hawley, wisely elects not to directly adapt the movie and, instead, just acts as a kind of spiritual sequel to that film. The movie is referenced in a couple of plot beats (one very direct nod to the original included), but it's really the feel of the original show, the setting of Minnesota (despite it being named "Fargo") that carries the series as a "sequel".

Each season of Fargo is about a police case that starts somewhere in Minnesota. Like the original film, the case can wander, moving about the country as need be, but invariably (like in the original movie) ending up back in Minnesota to wrap up (how ever it may do). The thing is, each season tells its story in its own way. It's an anthology series so it's a largely unconnected tale of murder, theft, snow, and revenge, all set against a quaint, small-town setting. That irony, the anachronism of the small-town setting with the horrible things done within it, is part of what drives the series. It plays the humor very finely, contrasting the quaint, pastoral setting against the blood, gore, and violence of the genre.

Of course, like the original film, the series also plays up the idiocy of the main villains (and many of the side characters as well). The Cohen Brothers very much like to show hos stupid people can be so it's rare to find a smart character in their films. Even when one shows up, it's usually just one, and in the case of Fargo that one smart person is usually the lead investigator on the case. For season three, which just came out on FX, the lead cop is Gloria Burgle (Carrie Coon), the chief of police in a two-officer town who's about to have her precinct sucked into a larger division, demoting her back to deputy in the process. On the last week of her job as chief, though, she catches a murder, one that ties into a feud between two brothers, Raymond and Emmit Stussy (Ewan McGregor for both), and a real estate fraud scheme lead by V.M. Varga (David Thewlis).

That's not to say that there's ever a mystery about what's going on -- Fargo has never been interested in teasing out a hidden story to keep the audience guessing. No, right from the get-go we know every crime these guys are committing as they go about sloppily committing it. Raymond is angry with his brother, Emmit, because he feels Emmit tricked him out of his rightful inheritance, a collection of stamps that were worth a whole lot of money. Emmit has been holding his success over Raymond's head for years, and finally, one day, Raymond snaps. Working as a parole officer, Raymond knows a fair number of ex-cons. He hires one of these doofuses to go steal the last stamp from Emmit's house, one worth more than all the rest, so that Raymond can cash in. Except the con loses the address, goes to the wrong house, and kills a man while there before stealing some random postages stamps and coming back. 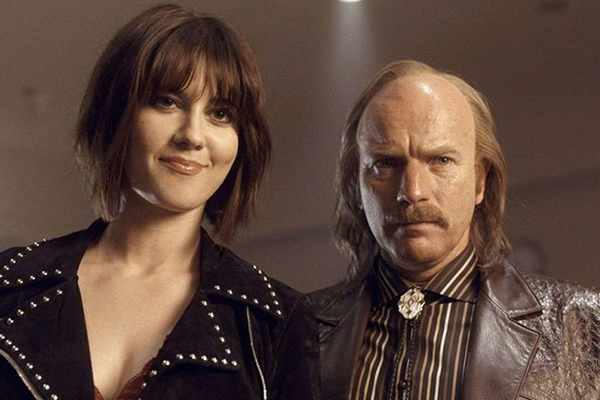 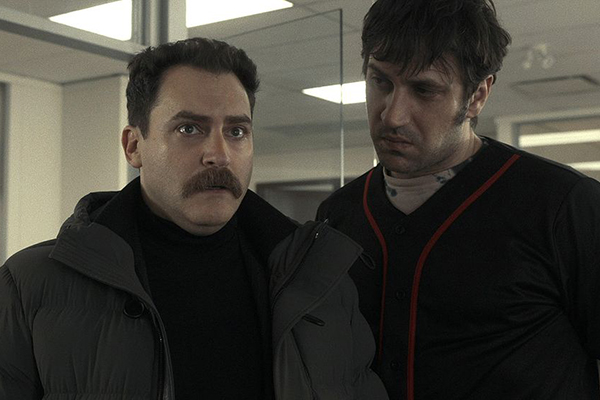 That's the crime that Burgle discovers, the one that puts her on the scent of the bigger case. And, within an episode, she's already more or less solved it in her head, she just can't prove it. She wants to, she wants to find the evidence, but her new chief of police, Moe Dammik (Shea Whingham) doesn't like complicated cases so he squashes it. Over and over. No matter how much Burgle keeps digging, he keeps finding ways to stop the case. So, yes, there are idiots on both sides of the equation, criminals and cops.

The drama, and the humor, then come from seeing the characters bounce off each other. We already know who the bad guy is, it's just a long, slow domino effect as the Burgle keeps digging, picking up leads and finding the clues that will give her a new angle on the case before someone gets in the way of her solving it. And, of course, seeing everyone get their comeuppance gives the story satisfying beats as one person or another double-crosses each other, or as Burgle gets a hold of someone new, finding a way to cascade the people into each other.

And then the violence happens. Fargo is not a show that shies away from blood and violence, punctuating story beats with gunfire as needed to drive a point home. Charters are introduced seemingly to spin a story in one direction, only to then do something stupid, tipping their hand and leaving them unawares of what comes next. Then bam! They end up with a bullet to the head, or sometimes an air conditioner from three stories up. In this show, the smart live longest and the stupid eventually meet their maker.

As far as the three seasons of the show go (and I will likely go back and review the other seasons down the road separately since, as an anthology production, each season is designed to function as a stand-alone work), I don't think this third season was the strongest. I liked it, but it felt like a number of the story-lines could have played out a much faster pace. There was a bit of wheel-spinning, of plot lines doubling back on themselves before petering out. This coupled with an ending that seemed to rush its final 15 minutes to reach some kind of closure in the alloted 10 episodes, gave the overall story an uneven feel. Parts of the season worked really well, and number of story-lines came together and played off each other (like Raymond's Bridge-addicted ex-Con girlfriend and deputy Burgle's case) in interesting and complementary ways. 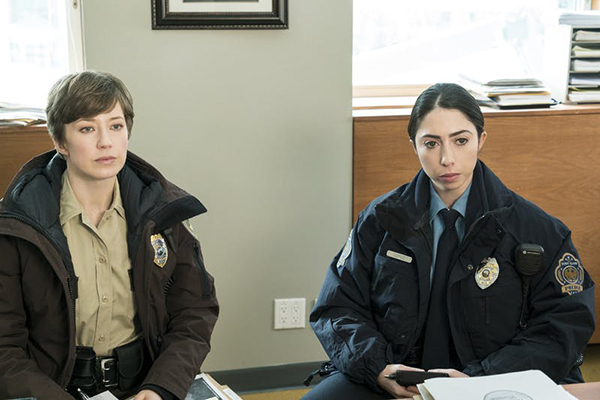 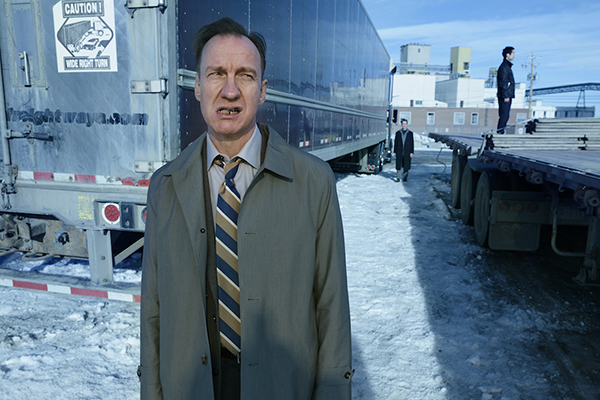 It just didn't feel as well constructed as the previous seasons. Something was missing and now, a few days after binging the whole season on Hulu, I'm still not quite satisfied with how everything played out on the show. I wanted more from the characters we got, more comeuppance for some of the side characters (like the new chief of police over Burgle), and a better resolution of the main case than the one we got.

Third season was good, but not great. That said, even a "good" season of Fargo is still better than 90 percent of the television produced currently. The series has set such a high bar, though, that it has to work extra hard to meet (or exceed) it.

I still recommend this show, even this somewhat uneven third season. However, I certainly recommend checking out the first two season, and the original movie, before diving in with the current episodes. In the end, you'll be much happier watching them in order.