How to Train Your Dragon

When I first decided to watch this movie years ago, I wasn't sure if I knew what to expect. I might have only gone for the simple fact that there were dragons and the trailer made it seem like the movie might be halfway decent. 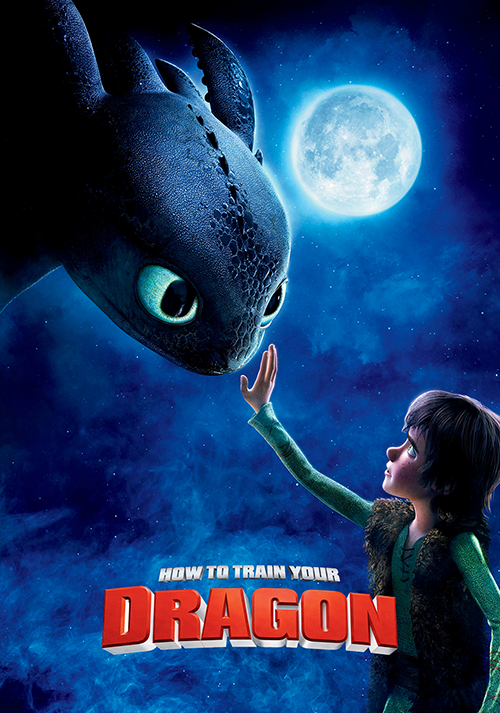 I was led to be surprised.

Now, I can't really tell how I first reacted to the movie since it was so long ago, but I obviously liked it since I keep coming back to it. I think it's mainly because of the connection to an animal that this movie revolves around. The unspoken communication and bond that is between two different creatures that form such a strong friendship (spoilers!).

How to Train Your Dragon is a tale about an un-Viking-like Viking (Hiccup - voiced by Jay Baruchel) who is trying to get some respect. He thinks if he takes down a dragon he will get that respect. The dragon he is able to catch, though, is one that no one has even seen close-up before. The dragon is injured and he finds he can't slay it. They become close, he realizes just how much trouble he's in for befriending the very creature his people hate and that they train for years to kill. But in the end everything just smooths right out.

So let's get into it.

The music is so good! It's what grabbed my attention right away and really sets the mood for the opening scene (and really, just about every other scene after... but that's just how music is supposed to work). Matched with the amusing narration by Hiccup, it brings about the feeling of home; soft music setting the background for the overtones of sarcastic description about the world we're being introduced to. 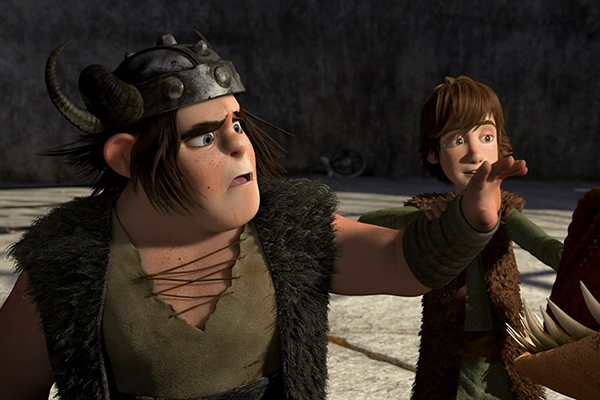 The other thing that I feel sets this move apart for me are the little details I wouldn't have expected from a movie that has such a cartoonish look to it. Scratches in the wood, the leather is dinged up, the weapons aren't pristine, having scratches and rust on them. It's a whole lot of little things that adds up to a nice effect. There are even barnacles on the boats! Everything feels lived in, and while the fur/hair aren't the absolute best, they're still pretty darn good for a Dreamworks film (especially considering when the film came out). And the textures on the dragons! Toothless even has black and more black patches/spots on him. It was so well done.

The lighting does seem to be a problem, though, which lessens the small detail effects some (such as arm hair or light scars). Plus, it makes the characters seem just a touch out of place from their surroundings. Comparing the first movie with the second, the lighting just stands out more, but it's a problem they seemed to have fixed (which I may touch on for my review on the next movie).

Moving on from visual candy to the more emotional messages this movie presents... there are a few that came through to me. One started right out in the beginning and is there throughout the entire movie: "work with what you have, instead of just brute forcing everything." Everyone is frustrated with Hiccup for not being a typical Viking. He's even frustrated, but he invents things to make it work, to help him out where his muscles cannot. He tries so hard to get the approval of everyone around him while going about his own way... in the end he realizes it's futile. Or at the very least, he never lets go of his inner truth, doing things the way he feels is right. 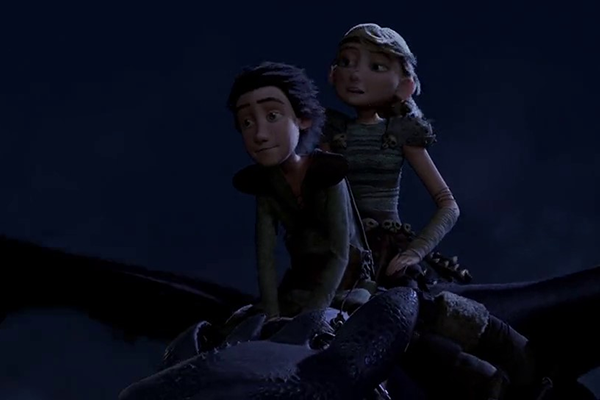 The catalyst in all of this is Toothless, the dragon Hiccup finds in the woods. Hiccup tries to kill the dragon since he knows that would give him the approval of his entire village, but in the end he can't. He hesitates a moment and that was all that was needed for him to realize the way that he was raised, the way that everyone he knows thinks, is not the only way. It's not even necessarily the right way.

So, he follows his curiosity. He spends time with this dragon and develops a bit of a relationship with him. The dragon needs him to fly, and he needs the dragon to... well... find himself.

"You can't stop him, you can only prepare him" -- parenting advice from the Gobber to Stoic. It's something a lot of parents could do well to take to heart. Kids will do what they want, as they should because that is how they will learn. They are their own person and just because a certain way of doing things worked for their parents doesn't mean it will work for them.

I will get off of THAT soap box.

And I verified this little tid-bit! Hiccup DOES have a scar on his chin (this is an important detail in HTTYD 2). When I first watched the second movie I didn't think they would have that detail in the first movie, but upon watching it again THEY HAD IT RIGHT THERE. Another note about the animation... the way they thought about Toothless' muscle structure was beautiful. They thought about how the skin would move over those muscles, how he'd shake, express himself with his ear flaps, even how his wings would interact with the rest of him - so full of expression! It's the sort of thing that one might take for granted when watching a movie, but also something that when it's noticed really makes the character all that more real.

One thing I do wish they would have done was incorporate the old lady more into the story. She seemed to be some sort of high priestess, but it was never fully established besides people deferring to her judgement on a thing or two. Why did they look to her besides her seeming to be the oldest person on the island? We don't need a full back story on her (even though I would be interested), and perhaps they address it some in the cartoon series, but I would have just liked her to be a touch more fleshed out since she seemed to be in a leadership role.

Okay, another character development critique. I fully acknowledge this is personal preference here, but I am sick of the trope of the weak/nerdy guy getting with the mean/tough girl. It's overdone. You can see it coming from a mile away. And while I love strong female characters, I don't like it when a jerk of either gender gets nice once the person they were being a jerk to gets to be useful. Astrid was tolerable only after Toothless scared the crap out of her and she had to cling to Hiccup for dear life. Her transition was almost night and day in that moment. And while I'm also okay with growth and characters learning and turning over a new leaf, maybe have it be a little less stark? Even with the few character hiccups (yes, pun intended) and a couple of gimmicky 3D shove-ins, I find the movie more than makes up for that with the messages it delivers. It shows that appearances can be deceiving, to trust what you believe is right, to question the status quo, and that connections can be made despite it not seeming to be possible. There are likely more messages out there, and each person will glean their own meanings from it, but overall How to Train Your Dragon shows that beliefs can change if given the proper opportunity mixed with a solid amount of empathy.

Interesting tidbit to ponder: When Stoic said, "I should have known, should have seen the signs." Was he referring to his wife?