I am going to admit to not giving Elementary a fair chance when it came out originally. A Sherlock Holmes procedural on CBS, the home of shows for the over-55 crowd? That sounded like a terrible idea, only compounded by the fact that it was a "modern update" on the source material when, of course, we already had a modern update. It was called Sherlock. Why would we need another one? 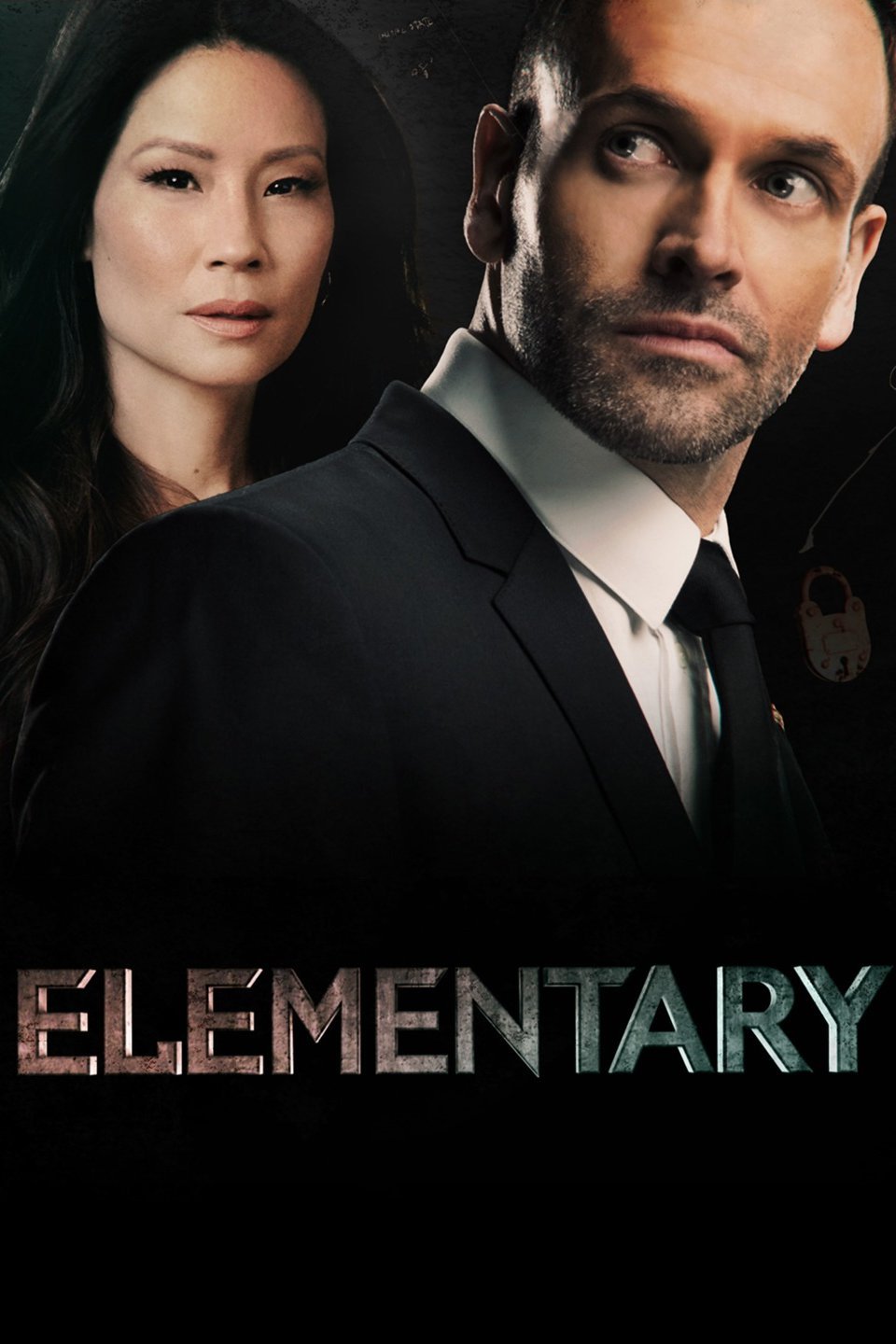 Of course, along the way Sherlock... well, let's be honest. It started to suck. Sure, first season was really good, for the most part. it was fun, and lively, and did some interesting things with its concept. But at a certain point the show just crawled up its own ass and forgot how to be good. Depending on who you ask, the series lost its magic either at the death-and-return episode of "Many Happy Returns", or "the Sign of Three" where the show tried to awkwardly stitch a mystery over John and Mary's wedding. For me, though, the last straw was really "The Abominable Bride", a "throw-back" episode supposedly set in the 1800s but really taking place entirely inside Sherlock's own mind. It was the show trying to be so clever and twee and just failing. Hard.

But why Sherlock was over on the BBC making "smart" little mini-movies, the CBS series was still plugging along. After the third season came out, I found the show on Hulu and, only because a few different sites kept posting review saying the show was pretty good, I gave it a watch. And yes, the show is pretty darn good.

As I noted, like Sherlock, Elementary is a modern update of the Holmes tales. Sherlock (Jonny Lee Miller) is living in New York, a recovering addict (heroin) just getting out a rehab after a pretty bad series of events while he was repeatedly, and for a long time, using his vice of choice. His move to New York was as much to find a place where he could be a detective after burning a few too many bridges over in London as it was to get him out of his old stomping grounds and away from his old patterns. Joan Watson (Lucy Liu) is his sober companion, someone hired by Holmes's father to follow the detective around and ensure he stays clean and sober, helping him to change his life. Sherlock eventually works Joan into his detective work, using her as a sounding board and, eventually partner as he works through the crime of the week.

Make no mistake, Elementary is a police procedural. There is always a crime, one a week, that Sherlock and Joan have to solve. if Sherlock basked in being "special", a little mind-puzzle that only the main character could solve (usually in his stupidly-titled "mind palace"), Elementary wanted to do the basic detective work, the tried and true going door-to-door and asking questions. Sherlock is still the smartest character in the room, still able to solve the cases others can't, but the basic crimes are much more typical of TV: murders, robberies, and kidnappings. 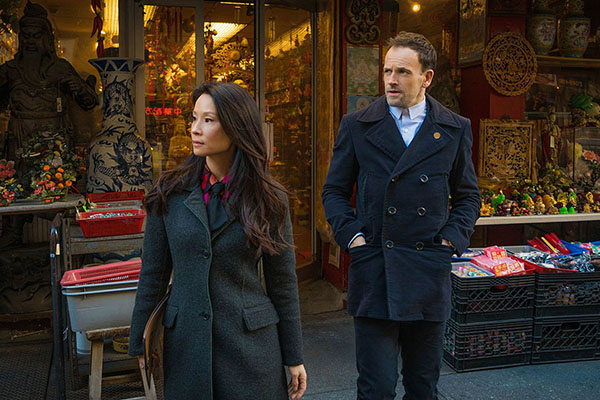 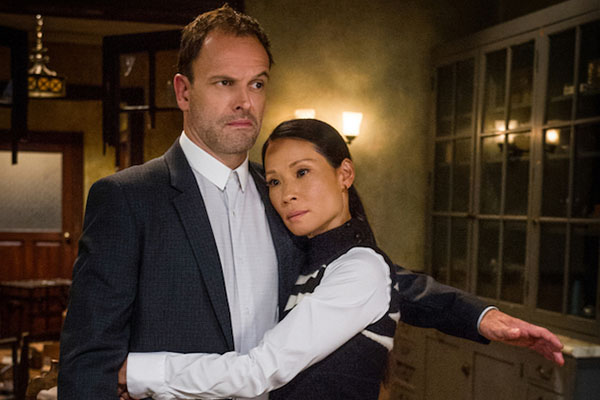 That's not to denigrate the show, though. Sherlock can be so tiring and it's nice to be able to settle in with a version of the character on Elementary who isn't an abrasive prick solving everything in the most convoluted way possible because the series demands it. Yes, the demands of network TV mean that we get a few designated moments with the characters where they aren't solving crimes, usually at formulaic points in the episode, but we also don't have to spend two hours venturing through Sherlock's mind-palace trying to decipher what's important and what isn't, and I'll take that any day of the week.

What makes the show work more than anything else are the two leads. Although I'd really only seen Johnny Lee Miller before in the absolutely terrible 90s hacker movie creatively named Hackers, I was pleasantly surprised by how good he is as Sherlock Holmes on Elementary. Yes, as is demanded of the character, he's still abrasive and kind of a prick at times, unable to deal with people that truly just can't keep up with him. But there's also a soul to the character, a layer that cares about the people around him (even if it is buried deep down). Justice is important to him, which is why he works with law enforcement (and doesn't just do private cases only despite them making more money). It's his version of justice, though, and there are times where the character is able to go dark in Miller's hands, tapping into a street-level kind of justice that feels totally right for the character.

The filp-side of his coin is Joan Watson. Yes, they made the character a woman, but what's really interesting about that is the fact that she's never once a love interest for him. Yes, at some point they do say they "love" each other, but it's as a family unit, platonic love between the characters without them ever wanting to fall into bed together. Joan is more reasoned, certainly kinder, and acts as the heart of their little duo, the outward face that's a little more palatable for the world to take. Playing Watson, in any gender, is always going to be the less flashy performance as Sherlock is the lead (and usually titular) character of his productions. Here Liu works with a character that has to start off as second-banana but eventually grows into a full co-lead. I like Joan, and I like what Liu does with her, but I also like that the show finds a way to work her in where she's not just writing stories of Sherlock's adventures but is a co-member of the mystery solving team.

After six years, of course, the show is slowly starting to show its age. The cases maybe weren't as interesting this last season, and the plotting of the over-all season wasn't as interesting as in previous years. This season's big plot focused Michael (Desmond Harrington), a recovering addict who also, as we eventually learn, was a serial killer. While Michael was an interesting idea for a villain, he's no Moriarty (who was also a woman on this series, played by Natalie Dormer). And the show, clearly, understood this as it used him sparingly, having the villain disappear for long stretches before showing up to kill again. Used in small doses the villain was effective, but he certainly didn't have the spark to truly be a foil for Sherlock. 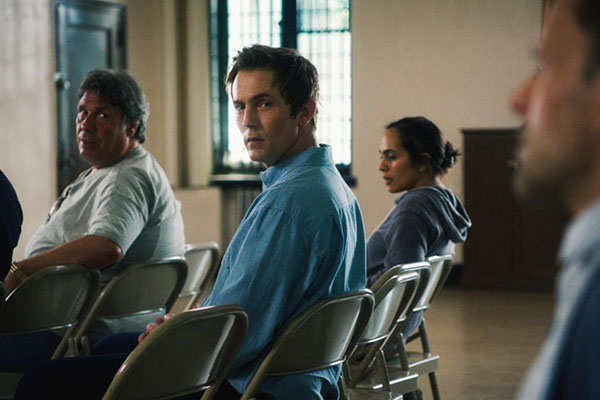 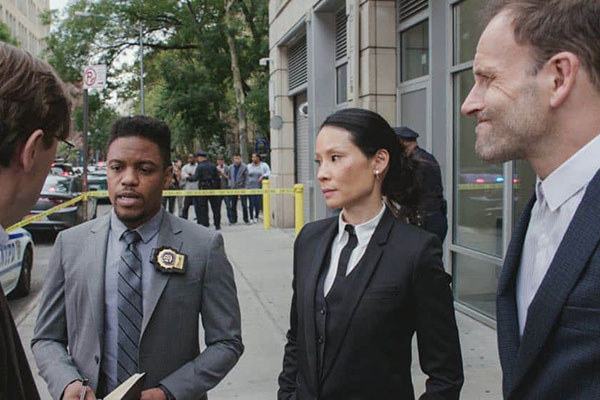 Still, the series was enjoyable and hanging out with the characters was fun, as always. The end of the season played a big twist that will change the dynamic of the series going forward, for however long the series goes on. Rumor was that the creators expected the series to end this year, but then CBS not only extended this season (to 21 episodes, up from the 13 episode initial order), but then renewed it for another year. I certainly was interested enough in where the end of the season went that I'm looking forward to the next season. Even if there's only one more year with the show, they may be able to tell some very new stories with the changes in the works.

If you're just getting into Elementary, start it from the beginning. The first three seasons are definitely among the series' best, and while the next three seasons are by no means bad, they are a little more formulaic, more willing to settle into a groove and just tell fun tales. I've watched the whole series and enjoyed it, but I can certainly understand why some people may have bailed after season three. Still, I recommend watching through to the end of this, the sixth season. We have at least another year, and here's hope the show commits to its changes and really goes for it moving forward. Sherlock and Joan have earned one more fun lap around the block (at the very least).