As I'm sure many of you have as well, I checked out the web-short Too Many Cooks when it was making the rounds a couple of years ago. A strange little viral video (that originally aired on Adult Swim at 4:00 AM before finding new like online), Too Many Cooks is essentially the opening credits (with theme song) for an 80s sitcom that then just keeps going and going. There are a number of clever twists and turns in the short, taking the whole concept in directions you wouldn't expect during the first viewing. It even manages to tell some kind of story within its very limited scope. It's a master-class in weirdness, the kind of video someone can make only once and then anything else after it just feels derivative. If you haven't checked it out you should. 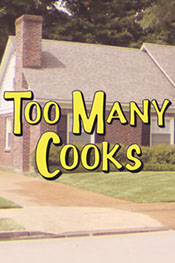 We're not here to discuss Too Many Cooks, though (partially because the thrill of that video is in the discovery but also because I'm honestly just not certain how to describe all it succinctly despite its relatively short run-time). Instead, I want to look at the follow-up from creator Casper Kelly, Final Deployment 4: Queen Battle Walkthrough. This isn't the first video from Adult Swim to attempt to recapture the viral fame of Too Many Cooks (such as Unedited Footage of a Bear which weirdly morphs into a medical infomercial), but Final Deployment 4 is the first to bring back Kelly to work their magic. It is, naturally, a weird short (just like Too Many Cooks), although I don't know that it's anywhere near as successful as his first production.

Filmed as a "Let's Play" video, Final Deployment 4: Queen Battle Walkthrough features a commentator taking you through the titular battle with a alien bug queen. The video plays just like you'd expect a "Let's Play" to go -- the commentator is foul mouthed, they talk smack about the game and their own viewers (making comments in the ubiquitous chat sidebar). They engage in the battle, naturally find some way to cheese the actual event, and then finish the mission. Then things take the Too Many Cooks path and start to get weird.

The soldier is sent home (as this really was his "final deployment"), war over and world saved. But the world isn't ready for a alien-killing soldier to return home. His girlfriend dumps him, he has to go live with his mother, he is forced to take a job at a crappy retailer, and he struggles with his PTSD. It's pretty heady stuff that's handled in a purposefully glib way as the "Let's Play" commentator continues guiding you through playing the "game" that is this sad soldier's life. And then it gets weirder and weirder from there, featuring nesting games, more commentators, and a world that conforms to its own rules while still being very strange indeed.

If Final Deployment 4 were the first video of its kind put out by Kelly, it would be a huge success. The strange twisty logic the video takes to build out its parody of "Let's Play" culture and the whole community built up around it acts as pointed commentary on the subject. There are a number of these videos where the commentators are simply toxic little jerks spewing hate (and having tantrums) while they play their games. Many of these are the same kinds of people that will throw shade at developers for any little perceived slight (sometimes simply for a developer having the audacity to be a woman), and the video is all too willing to show how stupid these people can be, it doesn't shy away from their toxic attitudes (or the pro-violence, pro-masculinity narrative highlighted in the games they play). As a commentary on the culture, the movie works great. 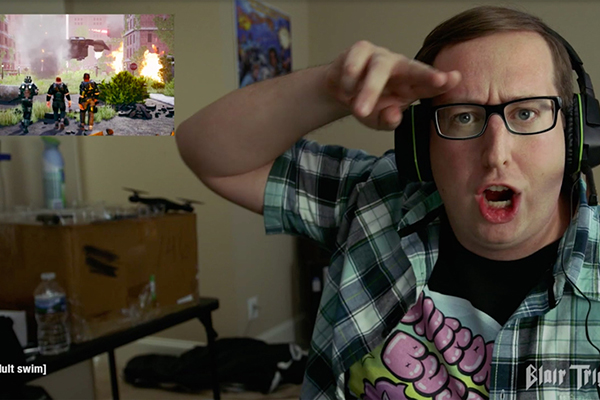 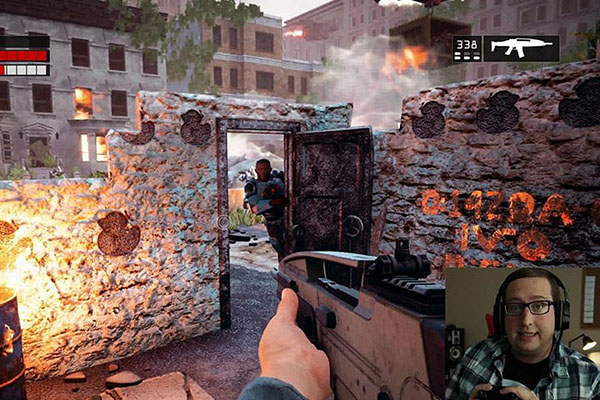 Unfortunately for the video, especially if you've already seen Too Many Cooks, is that when it decides to go bigger and push its whole concept further, the video honestly starts to run out of steam. Its all to easy to see where the twists are going, to figure out how the video is going to play out. If we hadn't already had the nested realities of Too Many Cooks I might not have expected some of the directions to video goes, but Final Deployment 4 has to live with being a spiritual sequel to Too Many Cooks and, as such, it's already expected to play in a similar world. The surprise of discovery isn't as fresh when you've already seen the tricks from the man behind the curtain. It's still interesting, just not as interesting.

Plus, the subject matter between the two videos is different. As a parody of 1980s family sitcoms, Too Many Cooks can just be dumb and silly and the dark turns the video takes feel out-of-place for the subject matter which only heightens the humor. Final Deployment 4, though, is dealing with darker subject matter and clearly wants to be a pointed parody/commentary. As such it has weightier goals and to just spin it out as a narrative lark betrays the message it could have sent.

Final Deployment 4: Queen Battle Walkthrough is an interesting watch, weird and strange with a good bit of humor to it. It lacks the surprise of the first attempt from Kelly, and it doesn't have the follow through to really stick its point (and its landing). It's amusing without being anything more or better and, I think because of that, it's doubtful to have the same lasting impact as Too Many Cooks.