No, Not the One with Tom Hanks

Set in a very stylish city with rules clearly influenced by movies such as John Wick (although with more dingy locales), we watch as Annie, a female assassin, goes into a confessional to talk to, presumably, her handler about taking over his business (killing people) when he retires. She'd informed, though, that he has other agents in mind to handle the business, but she makes a wager she can set them at each other's throats, and somehow this will earn her the right to take the business instead. Her handler agrees (because why not), and then we jump ahead in time. We see Annie, now, working in a run-down diner in a train terminal (title drop). There she meets with Bill, a one-time professor who recently received his own terminal (title drop) medical diagnosis. While she has conversations with Bill about his soon-to-be-death, we also watch as she's going about the city, setting her plan in motion to kill off a couple of stooges to earn the big man's business. Supposedly... 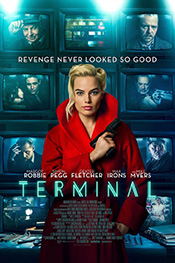 One thing that can be said for Terminal, a dark and gritty noir film in the vein of many a Tarantino flick, is that is it stylish. There's a lot of neon, lots of strange lighting, and some pretty interesting camera angles all the give the film a distinctive feel. Well, maybe not that distinctive since, while it certainly feels different from action and thriller movies produced by Hollywood right now, it feels of a piece with many a Tarantino wannabe from back in the day. It uses it's style to cover up a lack of substance, and while the interesting set design and out-of-order editing certainly help to propel the movie forward for a time, the film falls apart once it starts trying to put all its cards on the table.

Let's start with the murder business plotline. Annie (Margot Robbie) wants to set two other assassins against themselves. The assassins, Vince (Dexter Fletcher) and Alfred (Max Irons) are a two man team that very much as a master/apprentice feel. We're supposed to get the feel that Alfred is chafing under Vince's tutelage (as he says it later in the film), but either those earlier scenes to convey friction between the two were excised to the cutting room floor, or Irons simply wasn't able to convey that emotion in his performance. In either case, we don't get a sense that these two would really turn on each other. Sure, they bicker, but it's in a kind of friendly way, not "I'm one step from killing you." And yet, when the fireworks happen, it comes quick. There's no real build up for it, no reason for these colleagues to kill each other. They just do, and then the film moves on.

We also have the plotline with Bill (Simon Pegg), the dying professor. He's a man with a dark secret that he doesn't want to divulge. His constant chatter with Annie is, I guess, supposed to flesh this out somehow, but his big dark turn, the reveal of what's going on with him and what he really did, is just dropped on us with nary a hint. Part of the problem here is that Simon Pegg is a very likeable actor, one that seems to have a problem "going dark". A different actor might have conveyed the darkness under the surface of the character, but Simon brings his normal, affable self to the performance which mutes the impact of the heel turn (obscuring any hints of it completely). Much as I like Pegg, someone else should have been in this role for this plotline to play out properly.

The worst casting, though, is Mike Meyers as the janitor wandering around the terminal (title drop). He's supposed to be this meek character, someone you hardly notice until they're there. Except, it's Mike Meyers, being Mike Meyers, wearing bad makeup and putting on a silly accent. It's not the most Mike Meyers performance he's ever given, but it's certainly up there. You instantly know there's something going on with him just because Meyers is in the role. Thus, when even he has a twist come out about himself, duh, you saw it coming simply because it's Meyers. Worse, though, is that Meyers can be a good actor when he's not paying one of his weird characters. Here, though, he's big a broad in a performance that should be anything but. Honestly, if they would have just swapped roles for Pegg and Meyers, the movie would have been at least 20% better. It might not have completely worked, but these characters would have benefitted greatly. 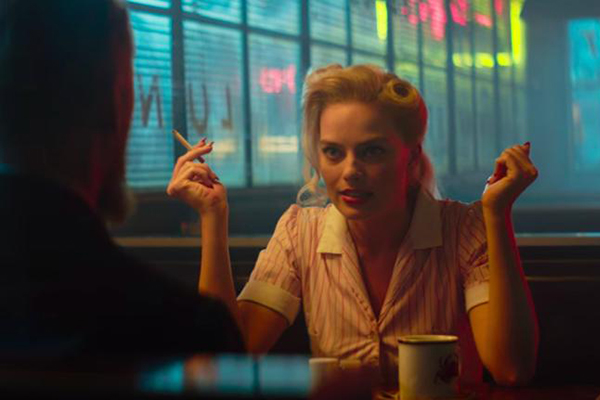 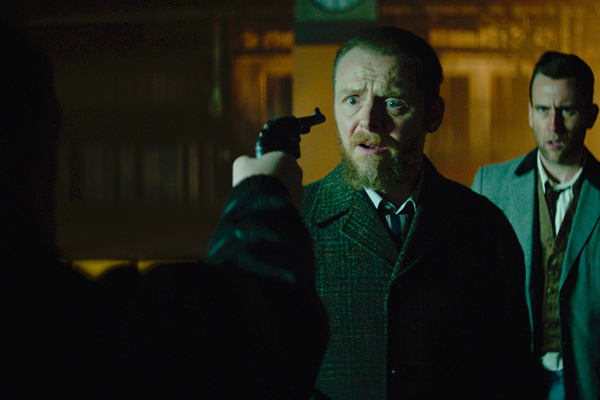 But then, the biggest misstep involves Robbie's character. The actress clearly relishes the role she gets to play, a crazy dame bent way out of shape, looking to play deep in the darkest parts of her soul. This isn't one of her best performances (for whatever reason it's hobbled with a very bad accent), but she's a good actress doing her best with what she's given. Sadly, that part is pretty thankless up until the last act twist (this would be the fourth or fifth last-act twist in a row), with her mostly vamping in one scene or another while the film focuses largely on the male characters (and the bad things they've done).

It's that last act twist, though, that I find most galling. I won't ruin it, just in case someone cares, but suffice it to say that among all the twists that are barely setup and then given way more weight to their pay-off than they've earned, this one is the most egregious. It somehow ties together the waitress and the janitor, tries to paint a backstory for them that has absolutely no setup in the movie before this, and then expects us to care about the outcome. I didn't. At all.

A lot of the problems with the film are just in the way its setup. It's a non-linear narrative without so much going on that a lot of plates have to stay in the air all at once. Tarantino can do that because the man is Tarantino. His brain works different. Even his more traditional, linear narratives are still weird and strange because that's how the man thinks. If you're going to ape Tarantino and tell a story like this, you have to be very, very good, and Vaughn Stein, the writer/director of the film is just not that good.

Maybe the film could have been saved. If it had just been told in an episodic format (more akin to Pulp Fiction, focusing on each little story while the waitress floated in and out of each chapter, that might have allowed the production to focus on each story, given the various tales more weight. It doesn't solve all the problems with the film, but it might have allowed things to slow down and gain better weight. 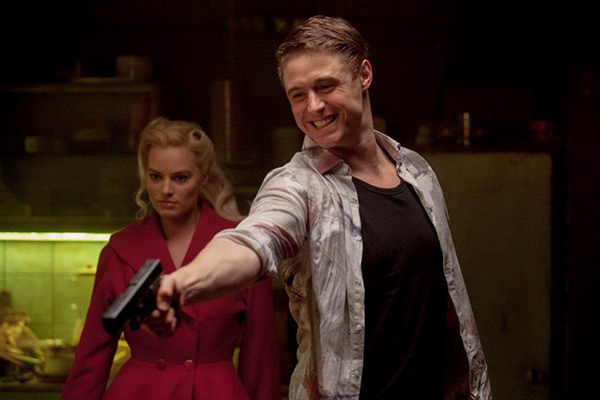 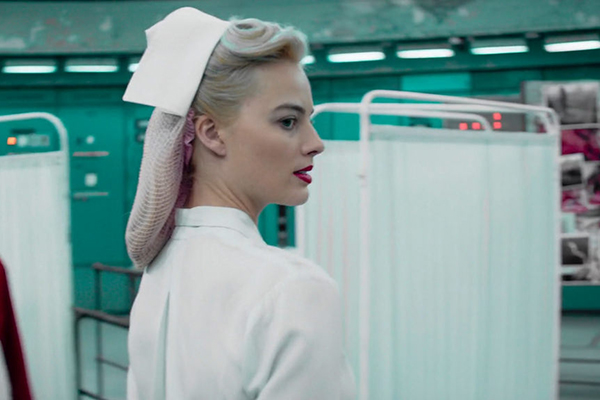 Instead, what we have is a mess. A mess of ideas, a mess of styles, and mess of acting. It's just not a good film. Unless you're seriously bored, or just like watching Margot Robbie (or Simon Pegg, or, ugh, Mike Meyers) in everything they do (and if Meyers is your reason for coming in, what'd you think of The Love Guru?), I can't see any reason to watch this movie. Sure, I caught it for free on Hulu, but even then I feel like I paid too much.