Space is hard to depict on screen. Whether in TV or in the movies, space (the great inky blackness) is just hard to show and bring any sense of scale, or realism, to the proceedings. Space is really big and humans are really bad an understanding how space should work. We think all the planets are really close together and can easily be shown in pictures or hanging from a mobile despite the fact that none of what we usually see is anywhere near to-scale. Our minds just can't hope to visualize how truly big space is. 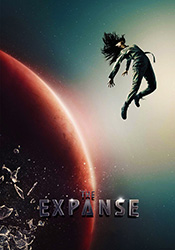 Not that Hollywood normally tries to depict space properly. Studios always try to show a version of space people can understand: planets (and moons) are close together, noises occurs out in black, and weightlessness is shown only when it's convenient. Productions that actually try to show space properly are rare, and rarer still as the ones that do a really good job on it.

And then we have The Expanse. Set in the future of the solar system, The Expanse tells a lot of stories (a missing person's case on Ceres, a lone crew of survivors out beyond Jupiter, political machinations between the UNN on Earth and the MCRN on Mars) that eventually all interweave and interconnect with the discovery of an alien tech called the "protoparticle". Potentially a weapon, the protomolecule is eventually revealed to have its own programming (or maybe agenda is a better word), and the various heroes and villains all fight over the tech, what it could mean, and who has a right to own it.

Although various planets are shown from time to time, the real setting of The Expanse is out in the black on the various ships flying through the inky void. The main characters of the show are Holden (Steven Strat), Alex (Cas Anvar), Naomi (Dominique Tipper), and Amos (Wes Chatham), four survivors of the Canterbury, a spaceship blown apart when it flies too close to a secret military installation (one researching the protoparticle). These four survivors then have to find a way to make it out in the black and, eventually, stop the molecule from falling into the wrong hands. They aren't heroes, but they are the only people willing to do what's right.

The fact that the characters aren't perfect does a lot to sell the setting of the show. Holden and his crew are just four people trying to figure out what "right" and "wrong" are with a topic that is, essentially, all shades of grey. The Martians and the Terrans (collectively called "Inners" by those living out in the Asteroid Belt) are at each other's throats, always one step away from elevating their cold war to an active one. The Belters, meanwhile, want to be treated as equals to the Terrans and Martians and will fight anyone (including themselves) to make that happen. Each faction has heroes and villains, but none of the sides are perfect and they're always bad people in high positions out to push their own agendas. How do you decide what's good or evil in that context? 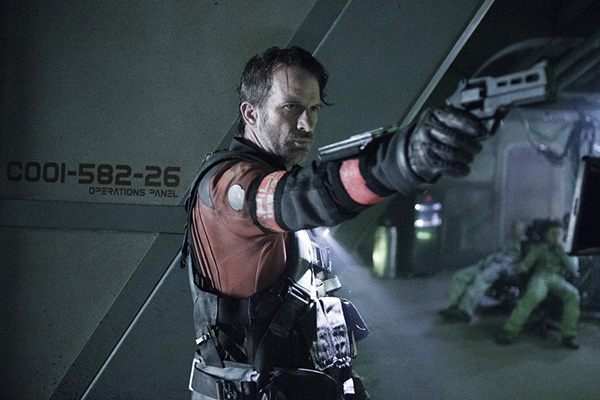 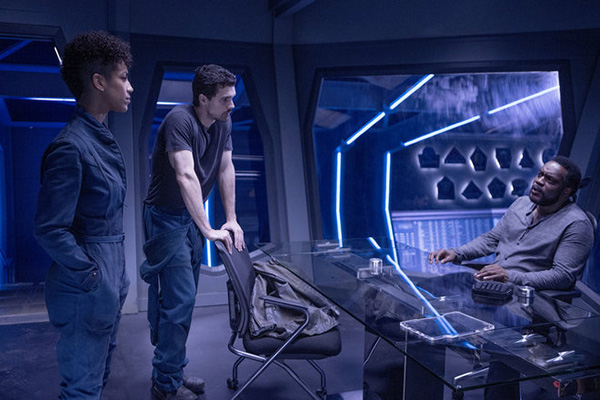 It's messy and harsh, but the show is still able to find moments of levity, especially among the main cast. Amos is a bad-ass thug who, over the course of the three seasons, is able to find a bit of heart and... well, maybe not warmth, but something approximating it for a character such as he. He's a slugger, cold and hard, but the character is compelling because he's often a contradiction -- he doesn't care about people until they impress him and then he'll fight to the death for them; he hates everyone until he loves them like family. Amos stands with Naomi at the start of the series, but she's different from Amos. As played by Tipper, Naomi is a character hardened by life out in the Belt. Over the course she softens though, going from a "independence at all costs" fighter to the heart of the crew and their voice of reason (most of the time).

The central figure, though, is Holden. A character who starts off not caring much about anything (except getting by), Holden becomes a "hero", someone who constantly is putting himself in danger to help everyone else. He's the warrior fighting against the protoparticle, the one person trying to stop it's spread across the solar system (and, especially, keeping out of the hands of anyone, Terran, Martian, or Belter). He's a character that could be pretty one note -- the standard reluctant hero -- but Strat gives a multi-faceted performance, at times tough, caring, crazed, and cold as the universe pushes him back and forth and he has to find a way to stay afloat and do what's right.

Getting back to space, though, this is often where the show shines. Space in The Expanse is huge, and empty, and will kill you instantly. FTL travel is, of course, a thing on the show but once you accept this invention (one of the few physics bits the show has to gloss over for the sake of making something where the characters aren't out in space for 30 years before they can do anything at their next destination), the rest of it quickly clicks into place as a pretty realistic depiction of space travel. There are still little flubs once in a while -- ships will do hard turns at high speeds and no one complains about the G-forces (on a show where G-forces are a major killer), ships and turn and maneuver with thrusters but the thrusters don't always fire the way they should and somehow ships can stop dead in space despite there being no friction -- but it's still more realistic than the usual Hollywood sci-fi.

Between the more-realistic space, the compelling characters, and the twisting narrative, The Expanse has grown into quite the solid sci-fi show. It's grown and expanded its scope, pushing the direction of the show constantly forward, with each big twist changing your expectations for what's next. Third season ends on a great cliffhanger, and since Amazon just picked it up for a fourth season, the show will have time to continue telling it's story of humans and alien particles, of broadened limits and limitless black. 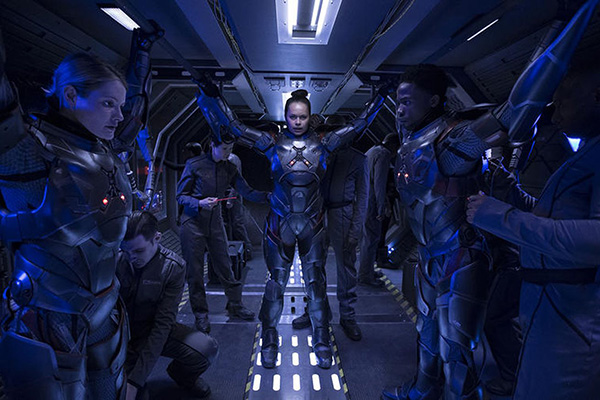 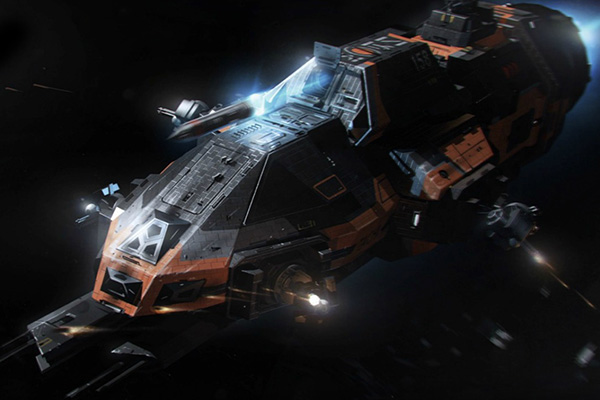 This is a sci-fi show to watch so get caught up (if you aren't already) and prepare for the new season. There's the promise there for even bigger stories moving forward.