One of the many complaint leveled against the Mission: Impossible movies is that they aren't really spy films. Sure, they're "spies" in the sense that the agents in the movies go on missions that would, at first glance, appear to be covert. They run around, they wear rubber masks, and they try to keep their identities a secret. But they don't really do espionage -- every solution to a problem is guns, or explosions, or both. Certainly when compared to the original TV show and it's clockwork, puzzle box plotting, the movies are little more than action films pretending to be part of the M:I franchise. 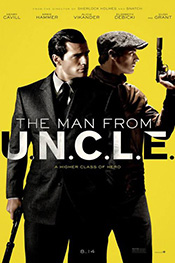 I don't know if this is necessarily the fault of the M:I movies, mind you. The James Bond films have their fair share of dumb thrills with Bond himself being one of the worst "secret" agents around (wonderfully lamp-shaded by Archer -- "What's the point of being a secret agent if I can't tell anyone?!"). Movie viewers have an unreasonable expectation about what spies actually do.

Now, I'm not going to try to argue that the recent The Man from UNCLE cinematic reboot (helmed by Guy Richie) is a smart espionage thriller. It's very much a slick, Hollywood production about some fake ideal of what spy-craft actually looks like. The agents in it are all field agents doing all their work in the field. There's no paperwork, countless hours aren't spent in front a desk analyzing documents for connections. It's cool and fun and counter to what most spies actually do. It's also, as I've read, not a very good adaptation of the original The Man from UNCLE TV series from the 1960s.

And you know what? I don't care. the 2015 The Man from UNCLE is a lot of fun. It's big and silly but it's also slickly producers and a blast to watch. Whatever qualms people may have with the film, it certainly delivers on the entertainment factor.

Set during the height of the Cold War, UNCLE 2015 concerns two agents, one-time master thief turned U.S. spy Napoleon Solo (Henry Cavill) and Russian "beast" Illya Kuryakin (Armie Hammer), as they work with Gaby (Alicia Vikander), daughter of a Germany nuclear expert, as they try to infiltrate an evil organization and stop a bomb from being built. Solo and Kuryakin don't get along, and there's a lot of U.S./Russian brinkmanship as the two try to out-do each other time and again. To that end, the two master spies end up going through various heists and other con jobs, while they're constantly sniping at each other (verbally).

The chemistry of the three leads is what sells the movie. Cavill has a winning bit of charm he invests into Solo, giving him the ability to calmly walk into any scene, give out a wink and a smile, and just ooze his way out of any danger presented. Solo is a well-written character who gets a lot of great moments (the opening chase sequence across East Germany is an absolute highlight for the character), and it's all done effortlessly by Cavill. 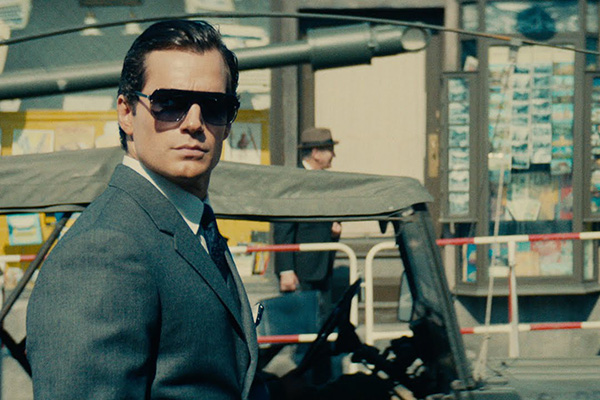 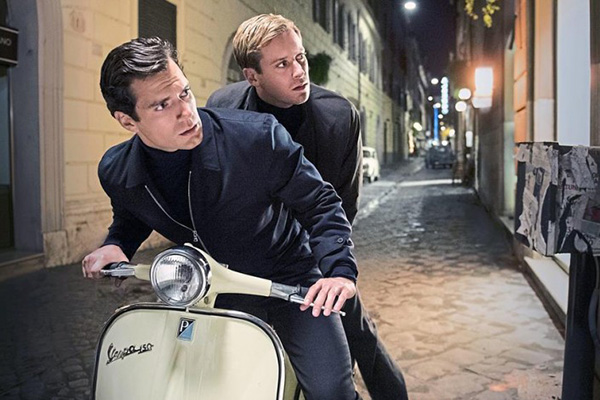 Armie Hammer is not an actor I've paid much attention to in the past. While he was okay as the twins in The Social Network, the less said about The Lone Ranger the better and, well... he's been in a whole lot of other stuff I just haven't bothered to watch. While he's given a lot to do in the early going of the movie, Hammer is able to grow Illya into an actual character, cold on the outside but with actual depth deep down. Because of Hammer the character goes from one-note to fully-realized even while the script still doesn't seem to have much for him to do.

The character with the least to do, though, is certainly Vikander's Gabi. A character like her in another movie would be a love interest for one, or both, spies. Here, though, any of that connection is downplayed (presumably because the producers expected to make a sequel, which never happened, and they were saving the real fireworks for that movie). She also has her own twist that comes out late in the movie and, honestly, it pretty half-baked. But since she essentially has to act as "pretty girl" and "bait" for much of the movie, her character is sidelined and given almost nothing to do. Vikander has fire and she tried to do everything she can with Gabi, but the character is betrayed by the story.

And, let's be honest, the film really tries to be twistier than it needs to be. There's more than one revelation in the back half that's played over repeatedly, each time showing us different information to play out the twists. The producers clearly thought this was "smart" storytelling, but most of the twists I was able to figure out ahead of time and then ones I didn't know didn't need to be repeated from different perspectives and the repeats didn't flesh out the twists at all. These sections weren't well constructed, to be sure.

Despite this, though, so much of the film works because of how much fun it's having. There are multiple heists through out the film and each one is constructed and filmed in such a way to maximize the fun. Different camera angles, quick edits, and interesting filters are all applied to give the film a slick, arty feel that also keeps the film ticking along at a solid clip. It's not really smart, but it is pretty and fun. If you watch the nighttime boat-chase and don't crack a smile at Solo's antics while Illya is racing around, you need to find out where your sense of humor went. 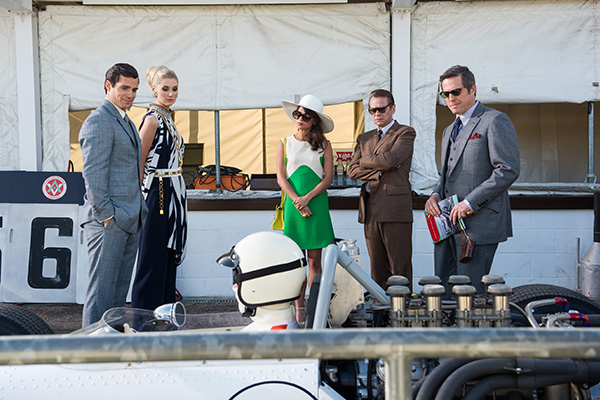 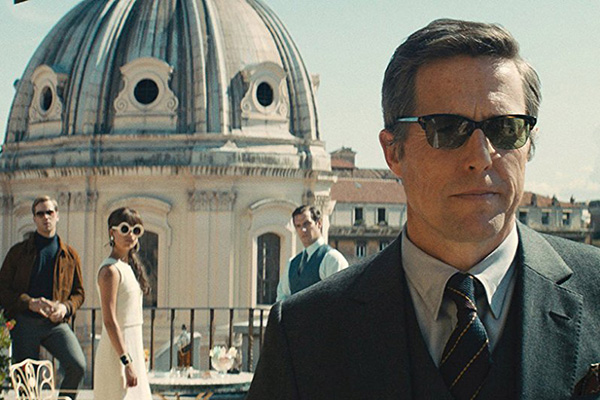 I can totally understand why The Man from UNCLE didn't do well in theaters. It's not quite smart enough nor dumb enough to suit either audience's sensibilities, and there are enough little issues with the movie that it wasn't going too be a complete crowd-pleaser. And, really, no one was really clamoring for a The Man from UNCLE reboot -- most people probably hadn't even heard of the show when the movie came out. It just wasn't going to catch people's attention.

Still, if you're looking for a fun little trifle that's slickly produced and has a winning cast enjoying themselves, The Man from UNCLE is a movie to check out. It's fun without overstaying it welcome.