I Think We're Down to Six at This Point

I'm not certain why I got into The 100 initially. I know that, even now, with all the Arrowverse shows I keep up with, I still have this thing against the shows the CW produces. Their shows aren't anywhere near as terrible now as they used to be, especially not in comparison to the early days of the WB/UPN as separate channels releasing things like Homeboys from Outer Space. Despite the fact that Buffy and Angel both aired on the WB, there was still plenty of dreck to go around. 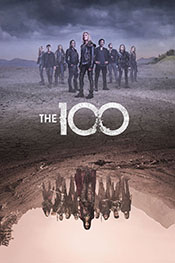 The show kicks off with 100 teenagers shoved onto a ship and blasted, quite roughly, to Earth. Decades before, there was a nuclear war and the Earth was ravaged. Humanity sent themselves up into space to a collection of space stations orbiting the Earth. Eventually, those space stations merged together and became a single, unified "Arc". However, strict rules had to be put into place where anyone that committed any kind of crime, no matter how small, was executed (spaced, specifically). However, the laws didn't allow for that punishment for anyone under 18, so the teenagers were kept in prison until their 18th birthday. Yeah, uh, Happy B-Day and also enjoy some space!

Instead of executing this whole batch of teens, the people in charge of the space station reason that sending them, en masse, to the planet to see if it was as yet habitable was more humane. The teens, the titular 100 of them, survived the trip back to Earth but there they ended up running into native Earthers (so-called "Grounders") as well as more other people that had somehow survived the apocalypse. The teens then had to figure out a way to survive, and thrive, in this harsh terrain where everyone, and everything, seemingly wants to kill them.

The intro story is dark and the show really never lets up from there. The biggest thing the show has going for it is also the biggest knock against it: it can never really let up. Each time the heroes find a good place and can settle down, some new danger has to spring up (even if the show has to jump a few years in the future to pull it off). This certainly does keep the plot moving and the action flowing, but it also means that we don't get a lot of quiet moments with the characters as it's always push, push, push. 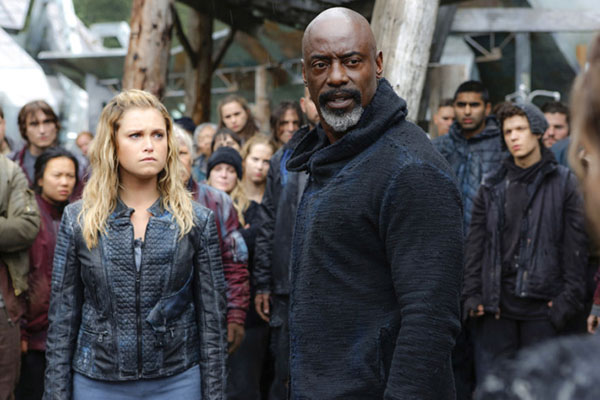 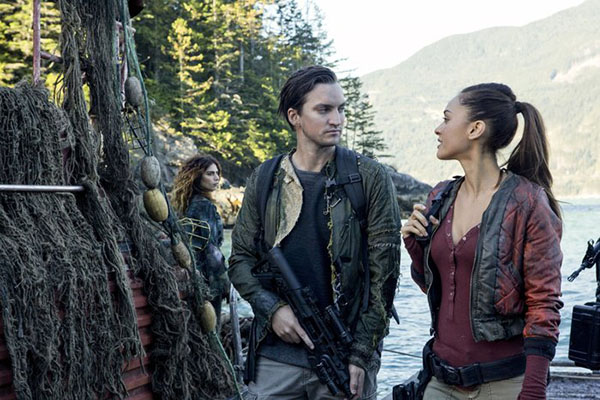 The show, especially in these later seasons (season five just finished airing this week), also has a habit of having the characters switching sides and affiliations on a dime. Sure, they're all people that have had to compromise over and over just to live, but at a certain point they've double-crossed each other enough times that you have to wonder what they really stand for anymore. I will credit the show that by the end of season five it's even taking to calling out its own characters for this, but if some of the heroes could be a little more consistent in their motivations the series wouldn't have to lampshade its own tropes like that.

As a CW show, the actors hired for their roles weren't exactly A-list talent before the start of the series. Series lead Eliza Taylor (playing focal character, and generally heroic lead, Clarke Griffin) was pretty bland in the first couple of seasons, more whiney than hardened like she needed to be. Bob Morely (as Bellamy Blake) was also pretty bad at the start; he could play the heel decently, but he wasn't really good at being either a heavy (like the producers clearly wanted in the early going) nor could he pull of a convincing turn toward good. It took a long time for his character to grow and become someone likeable, and a lot of that was down to Morley's performance.

Other actors did a better job, if only by comparison. Marie Avergeropolous, as Octavia Blake, had a meatier story from the start (as a girl that was illegally born on the space station and instantly made into a criminal because of it) and her character has had a great arc over the course of five season with Avergeropolous, for the most, rising to the acting challenge of the role. Richard Harmon (as the jerk John Murphy), essentially got to play a riff on the jerk characters he's been playing for years (such as on Continuum and he's still really good at it even if the character is otherwise pretty one-note for much of the run.

Really the biggest gem of the cast of teens is Lindsey Morgan (as techy Raven Reyes), space station engineer and all-around useful character. Her character has had a great arc on the show (from willingly volunteering to go Earth on her own, to dealing with a disability, to being a crucial part of more than one attempt to stave off a new apocalypse), and Morgan has played the character with aplomb. Even up against some of the adult stars in the series, like Isaiah Washington (certainly slumming it on the CW after the high points of his career in movies and on Grey's Anatomy), Morgan is best actor in the cast, a real gem that deserves to go on to even better things whenever this show finally wraps up. 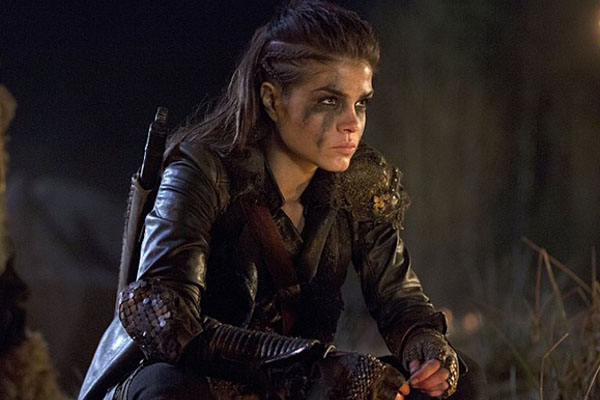 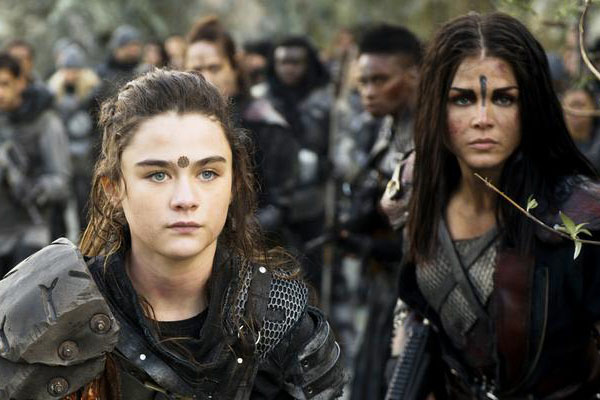 The thing is, as middling as the acting may have been at the beginning, the setting of the show, and the constant dangers thrown at the characters, helped to smooth over the rough patches. Now, with the actors having grown into their roles, the show can go in more directions, get darker, and try new things in the more recent seasons. Although the story of the fifth season may not have been the strongest (two warring factions, three power-mad rulers, and a small patch of habitable land left for all of humanity to live on, and yet it just kind of dragged on in places), there was still enough going on the carry viewers to the end. And then the finale of the season was a real stunner. No spoilers, but it really nails the ended and elevates all that came before it.

Despite its home, on the CW, and the sometimes low-budget production (again, this is a CW show), The 100 works hard to rise above its limitations to tell an interesting sci-fi story. It's a great show to pick up in the summer (when it airs), and now that the most recent season is over, it's a great time to dive into the show on Netflix and catch up on the whole run.

I'm certainly looking forward to where the show goes in its sixth season. Seriously, the season finale really changed the game...