Taking a Dive into the Ocean Blue

Song of the Deep

I have a bad habit of buying games and then sitting on them for a while (mostly so I can, instead, play more Diablo III). Song of the Deep, a Metroidvania title from Insomniac Games, is one of many titles I have in a pile so sit, collecting dust (along with Injustice and Tales from the Borderlands). I kept meaning to get around to it, but then I always found things to do. 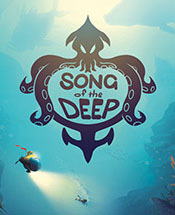 Thankfully, I found time this last weekend to finally pop the game into my Xbox One and give it a spin. Initially I was hesitant about the game. It's opening story, and general art style, was designed to evoke a storybook, a legend of the sea as told from our female protagonist, Merryn. I'd played another game that took a similar tack with its storytelling, Child of Light, which was a sort of RPG-Metroidvania hybrid, and that game just didn't hook me. from my initial few minutes, the game reminded me too much of that other title and I suddenly felt the urge to play anything else.

Instead, I stuck with the game for a few minutes, those minutes turned into hours, and I was deeply hooked in the game. As a Metroidvania game, Song of the Deep is a free-exploring adventure where your character pilots her makeshift sub under the ocean, unlocking abilities and finding new areas to explore. Her quest is to find out what happened to her father, a fishing-boat captain lost at sea; to do so, she has to figure out the mysteries of the deep, gaining the powers and abilities of an ancient civilization and so she can beat back the evil monsters lurking below.

Much of the game play will seem familiar to anyone that's played a Metroidvania before: the item hunt, the doubling-back, and scouring. On that side of things Song of the Deep doesn't stray to far. Heck with the fallen, ancient civilization and the female protagonist, the game feels of a piece with the actual Metroid games. Well, except for one pretty big twist: 360° exploration because the entire game takes place underwater.

Because your ship can go anywhere there's water (which is everywhere in the game) the exploration of the map is much more open than in a standard Metroidvania title. There's no need for jump, double jump, or any of the other normal upgrades you'd get in a game like this since, from the get-go, your ship can already reach every nook and cranny open to it. That's not to say there aren't locked doors and blocked passages, but all you have to worry about is finding the right "key" to get in. 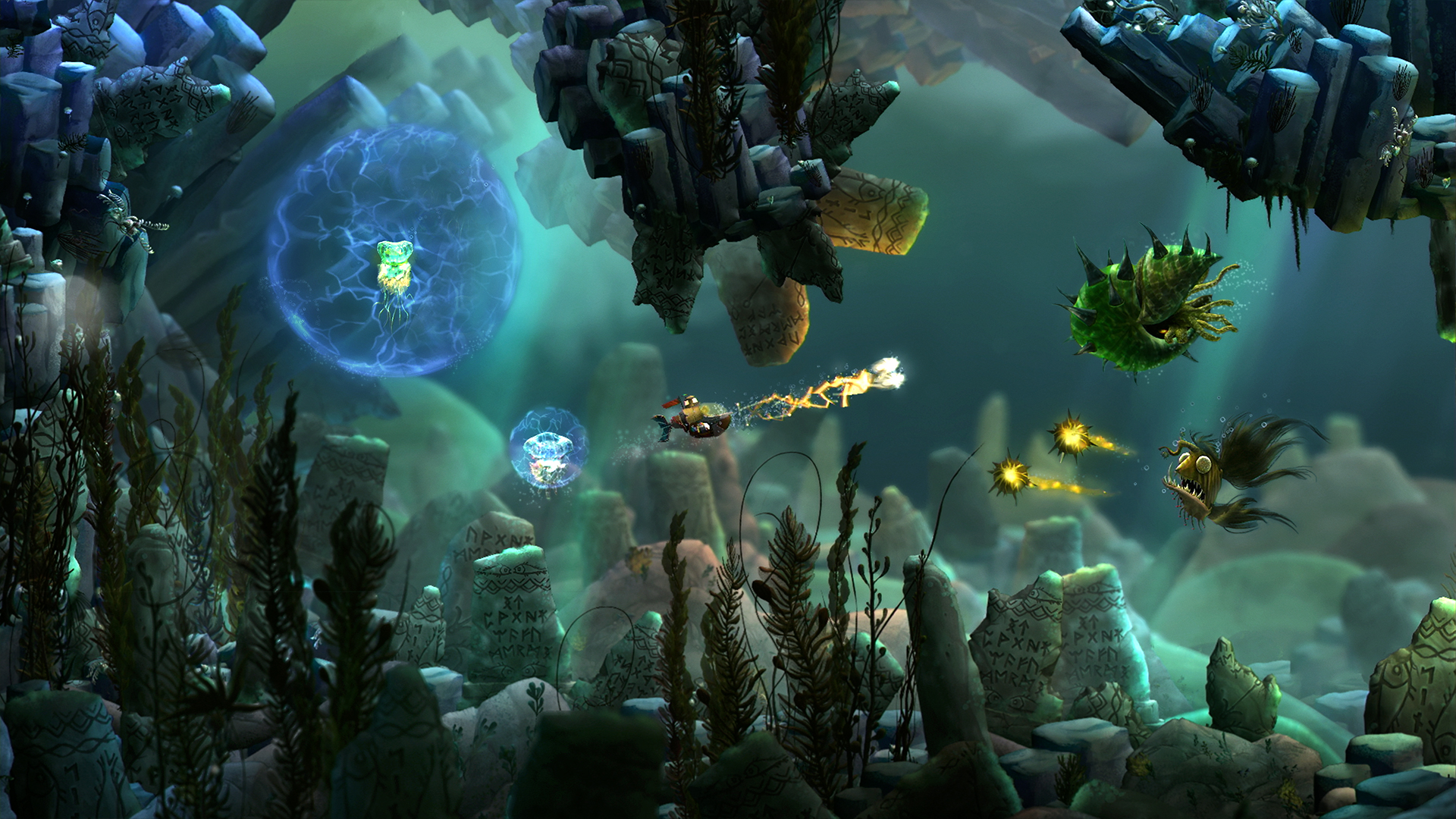 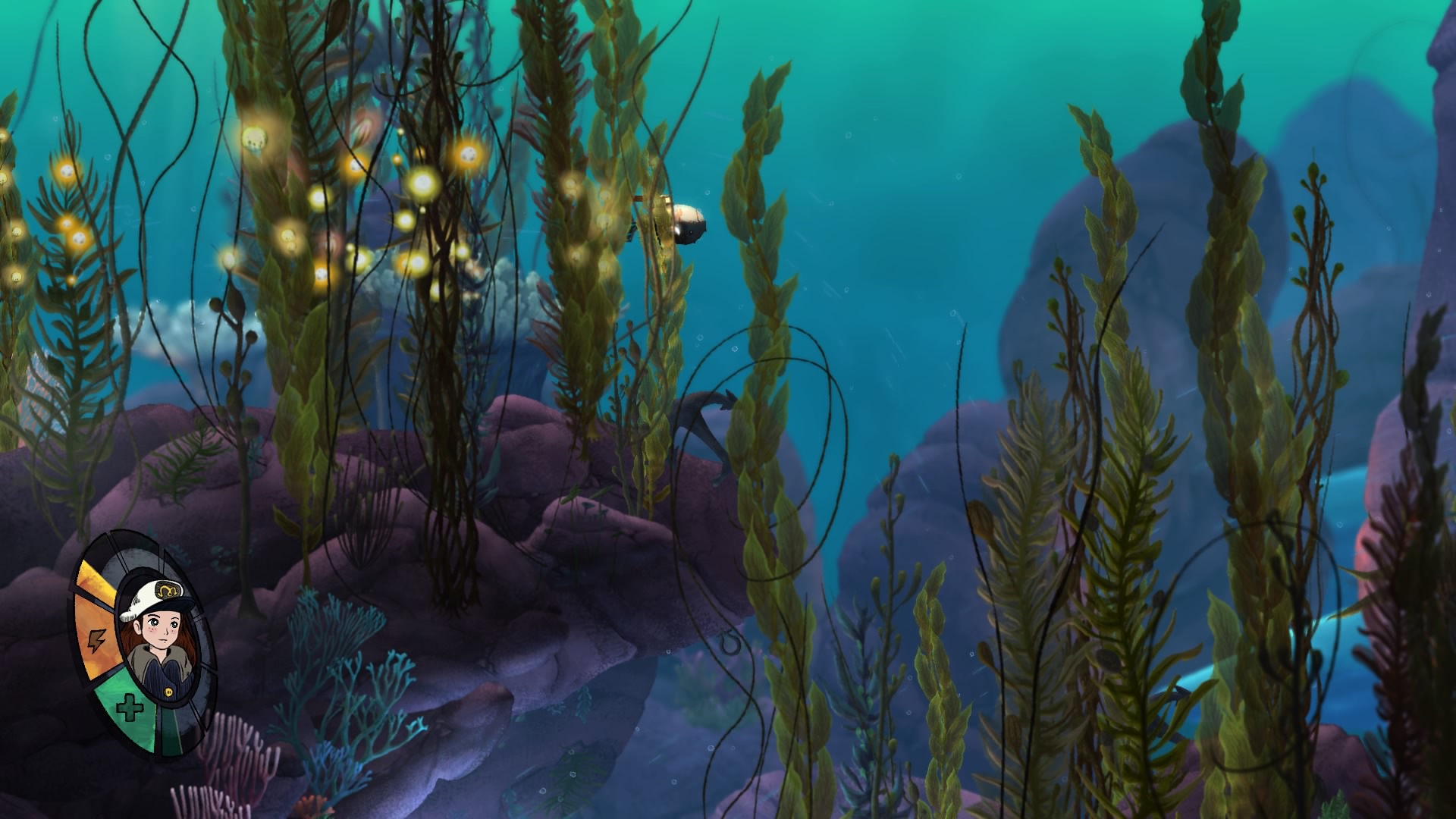 The opening up of the exploration also has an effect on combat. As your ship upgrades and starts getting weapons, the fishes around you will also start attacking and they'll come at you from all angles. Thankfully your ship responds quickly, allowing you to quickly maneuver and rotate, getting enemies on all sides of you with relative ease. Even if you die the penalty isn't too bad as there are plenty of save points scattered liberally throughout the world. You may lose a couple of minutes of progress, but not much more than that.

Around the halfway point is when the game opens up further and starts to really feel different from other Metroidvania games, becoming something more akin to Blaster Master. You'll eventually find a diving suit which allows Merryn to leave her ship and freely swim around on her own. This makes the submarine into something more like the SOPHIA tank, with your girl an analog for Jason. There aren't any overhead dungeons to explore, but there are plenty of nooks and crannies that only Merryn can get into, and a few really good puzzles that force you to be separated from your ship longer than is comfortable.

Although the game is smooth to control, there are a couple of instances that drag the game down a little. Some of the puzzles in the game can seem a tad obtuse, especially once you start dealing with timing puzzles, light beams puzzles, and refraction sensors. Worse, a couple of the challenges the game threw at me felt legitimately unfair, like the developers wanted you to really feel the hurt in a couple of short sections when the rest of the game has a smoother, gentler difficulty. Most of the game is steady, a ride with just enough challenges but no major tough passages, so these couple of sudden, sharp spikes before it drops back off seem out of character for the overall feel.

These few moments, though, don't ruin the overall game. It's still a lot of fun, for the most part, to just cruise along in the ocean, taking in the sights and the sounds. The game sports a lovely aesthetic that really suits the oceanic theme of the game. Sure, most of it is done in blues, greens, and purples (like the actual ocean), but those are soothing colors on the eyes. Plus, keeping the palette limited for much of the game allows the few bright reds and whites to stand out, showing a kind of "danger" sign simply by the difference in coloring. I'm not sure how that would necessarily play for someone with color blindness, and I don't know if the game was tested for that, but for most players I think the color selection is a real winner. 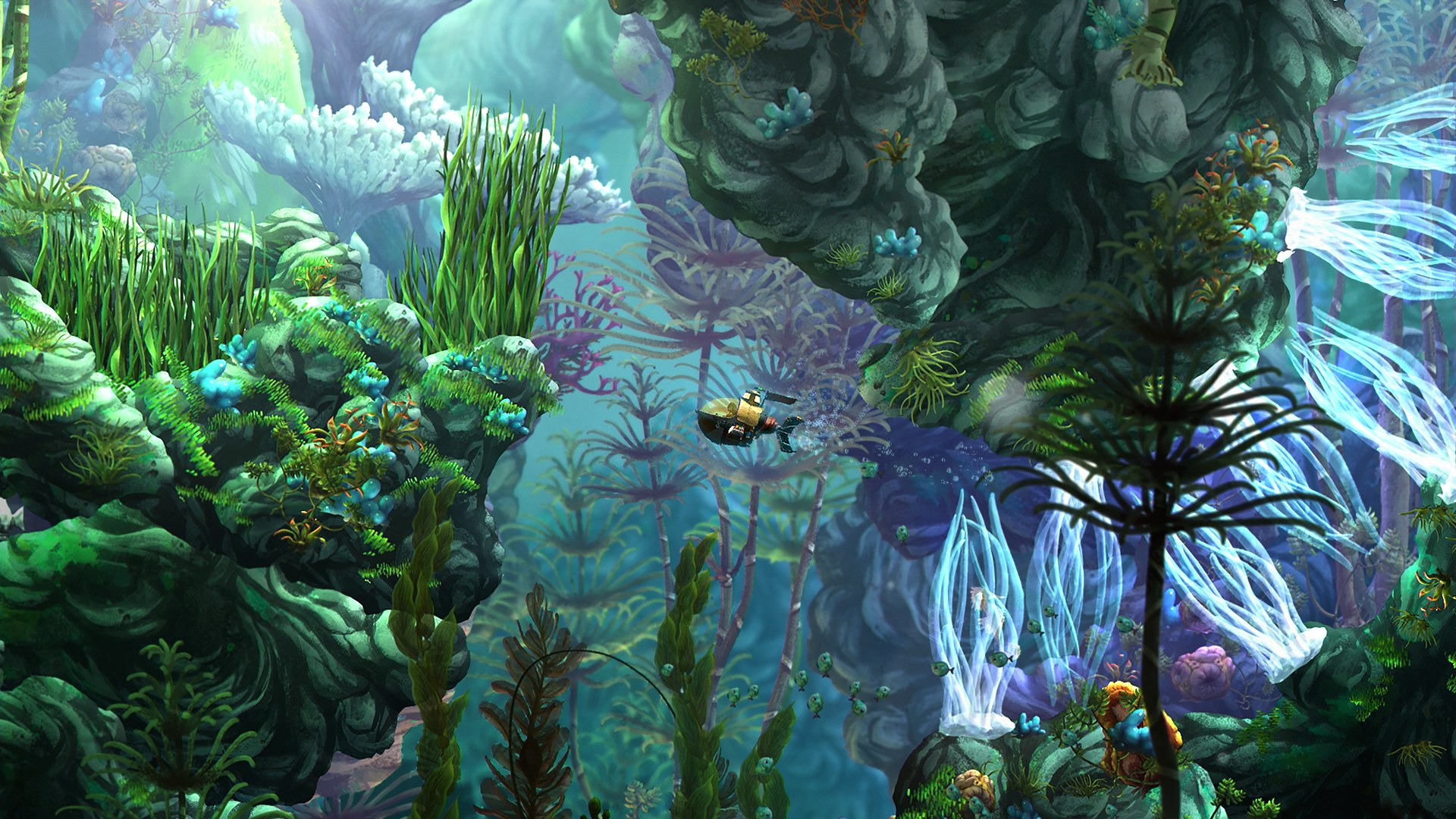 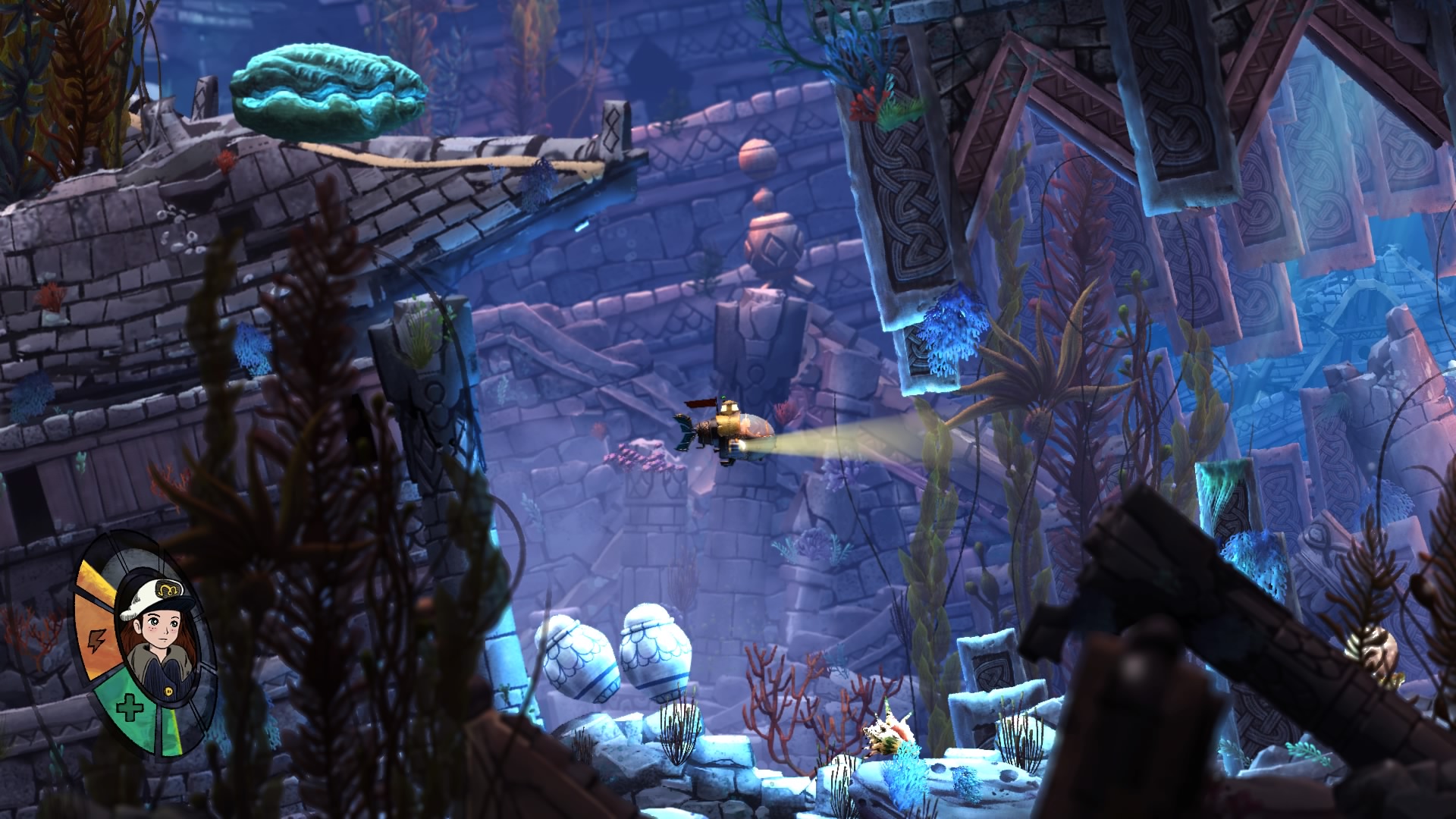 The music, too is pretty great. It's all very ambient and chill, a relaxing soundtrack to suit the watery locale of the game. I wouldn't say there are any standout tracks (this isn't a soundtrack I'd buy), but it totally avoids anything obnoxious or cacophonous. It's just... smooth.

And, really, that's the game overall. It's a smooth experience, a relaxing dive into the oceans where you get to explore and collect treasures (and occasionally fight evil fishies) on a quest to save the waters below. I had a blast with my time in Song of the Deep and I can already feel myself itching to take a second dive (if you will) into the game.