Last week I wrote, at length, about time loops (see: Let's Do the Time Loop Again!). One film I failed to cover there was the Tom Cruise/Emily Blunt time loop film, Edge of Tomorrow. This was totally on accident by me and not because I hate the film -- far from it. Plus, if you've read that article you know I happily discussed some awful films in an amongst the time loop gems (looking at you Happy Death Day). I think. in all honesty, that article simply showed me how many entries there are in the time loop sub-genre and, after creating a long list of all the items I wanted to talk about, a few other shows and movies I wanted to talk about simply were forgotten. 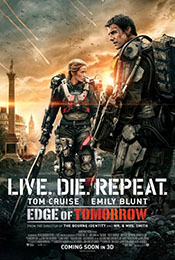 Let's rectify that, though, by talking about Edge of Tomorrow here. Released in 2014, the film was met by relative yawns from the U.S. movie-going public and, for many, was quickly forgotten. It did decent bank overseas (where pretty much every Tom Cruise movie plays better -- the A.V. Club commented once that all his movies overseas could simply be named Gun Man Runs Fast) and, overall, was able to pull in just over twice its $176 Mil production budget. In decades past that would have made Edge of Tomorrow a rousing success, but ever since the Marvel movies started pulling in $1 Bil a pop, studio expectations have gotten pretty inflated. As such, Edge of Tomorrow was considered a failure by all involved which is sad since the movie itself is actually pretty great.

Tom Cruise stars as Major William Cage, a military media consultant with the U.S. Armed Forces, helping with the news and media campaign for the world forces war against the "Mimics", a band of alien invaders that crash to the Earth some short time before and, even since, have been spreading, winning every engagement, pushing humanity to the brink. When a general wants to send Cage to the front line to document the last big strike (win or lose, this is all humanity has left), Cage rebels and tries to blackmail the general into letting him go. Instead, this just leads to the Major being stripped of rank and sent, as a grunt, to the front lines to fight.

It's there, on the front lines, that the movie finds it's time loop mechanics. Cage engages an alien, a bigger bluer one than all the other weird aliens running around during the battle, and when he manages to kill it (just as the alien kills him), some of the alien's blood mixes into his own and then, suddenly, he's back to 24 hours earlier, just showing up in boot camp for his first day as a grunt. We then get a series of scenes where Cage tries to convince anyone in the military that the invasion will be a failure (since the aliens can predict what will happen). It also leads to scene after scene of Cage dying (I like to call the movie Gun Man Dies A Lot for that reason). Eventually he teams up with Sgt. Rita Vrataski, a soldier who, for a while, was experiencing the same kinds of time loops Cage is going through. Together they work to find a way to stop the Mimics once and for all... if possible.

Normally I'm not a huge fan of Tom Cruise. While I've found him tolerable in some movies, like the Mission: Impossible flicks, by and large I can't stand his acting style. He always comes off as smarmy and overly-polished, too smug for his own good. That weasely smugness, though, is used to good effect in Edge of Tomorrow as early in the movie is cockiness is what gets him into trouble. "I'm too good to actually go to war, but here's what will happen if you send me." His smarminess gives way to shock, and then steely power (and, really, a kind of PTSD) as the movie goes on and he dies again, and again, and again. By the end of the film he's clearly a pretty broken person, but he's also grown -- you know it'll take time for him to heal himself, but he's at least found a true core of humanity through his journey. 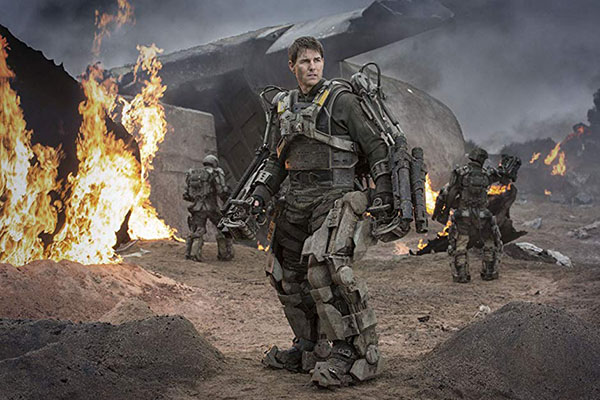 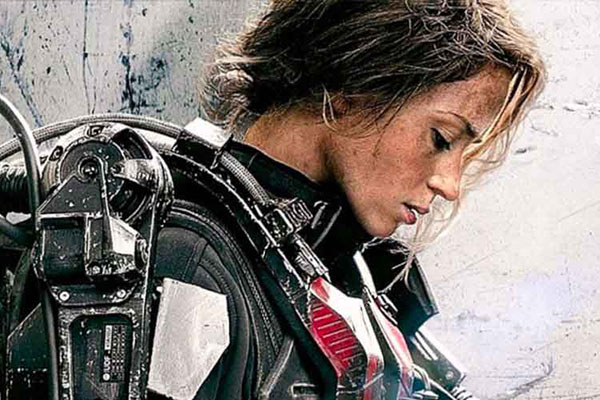 This is also the film where I really started to like Emily Blunt, although in this case it's mostly because I hadn't really noticed her before Edge of Tomorrow. I know she had a role in a few things, including the half-way okay Into the Woods film Disney released a few years back, but she was always "oh, it's that woman" in my head. Rita, in Blunt's hands, is a complex person, someone that's already gone through the evolution Cruise's character went through. Her character is, honestly, a harder one to pull off as she had to play a character without the time loop power but who still was broken by what she saw, had the PTSD over everything she experienced, but now with hopelessness over the fact that she was powerless to change the future anymore. The fact that her Rita feels like a fully realized person with depth and emotion along with all the damage, is a testament to Blunt's acting abilities.

The story itself is really well thought out, too. It's easy to say "let's make Groundhog Day but set in blah blah" but harder to pull that off (again, looking at you Happy Death Day). Edge of Tomorrow smartly plots the story in different ways, giving the viewers time to enjoy Tom Cruise getting killed over and over (seriously, it never gets old -- just wait for the squeal he makes when he gets run over by a truck one time as it's comedy gold) before diving into the heavy war sections.

Instead of going through the five stages of grief like Groundhog Day does, Edge of Tomorrow has a more conventional three-act structure of "exploring the power", "searching for the alien queen" (what the movie calls an "omega"), and "last strike on the aliens". We don't see every time loop, but we learn enough from the in-between scenes to get a feel for how long Cage is stuck dying over and over and the toll it's taking. As it's an action movie I'm okay with Edge of Tomorrow having a slightly more conventional storyline. Plus, we already have a Groundhog Day so we don't need another one just with aliens slapped on top. And if they want to make that movie, they should at least get Bill Murray back for it.

Really, it's hard for me to understand why the movie didn't do better in theaters. I went back and watched the trailer for the film before writing this just to see if the marketing campaign was bad, but the trailed seemed to sell the concept pretty well. Aliens, war, and Tom Cruise dying over and over again. Maybe it was just that people were feeling Tom Cruise fatigue, but the trailer sold the movie we got and no one showed up. 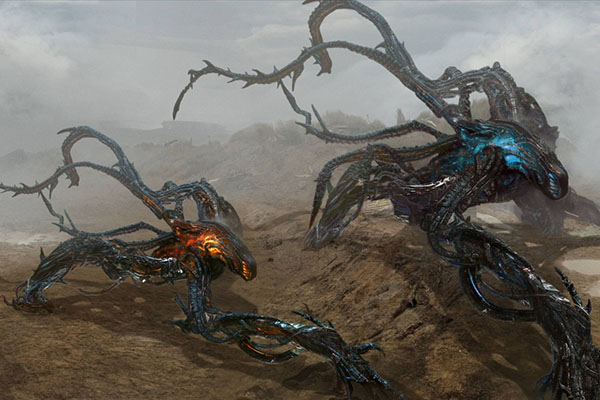 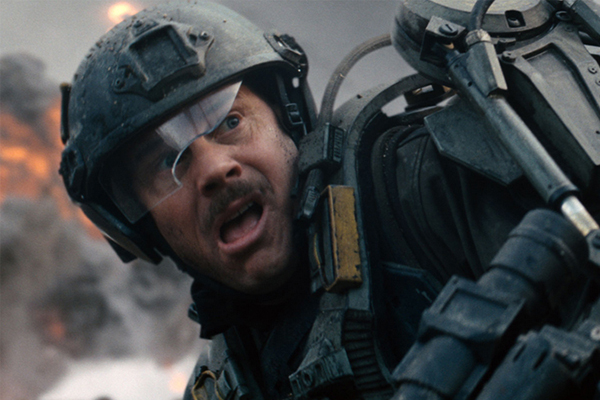 I know a number of articles made the argument that the name for the film was bad and it chased people off, and maybe that was the case. Certainly Edge of Tomorrow is a fairly generic sounding name that doesn't really convey the movie in a couple of words. Most people seemed to think the slogan, "Live. Die. Repeat." should have been the title of the movie, and that does convey the concept better, I would agree. Maybe there's a little weight to that argument.

Still, movies are sold on their posters, their actors, and their trailers, and nothing I could see made this seem like a bad flick to watch. Perhaps it was just too high-concept for people, and maybe there was a backlash to "yet another Groundhog Day clone." Whatever the case, a fantastic movie was ignored by most people when it should have been a summer stunner.

If you haven't seen Edge of Tomorrow you owe it to yourself to check it out. As far as time loop films go, it's one of the best around.