I Just Need to Get Online...

Having grown up with the internet since the early days of IE and Netscape, I've seen a fair bit of upheaval in the so-called "browser wars" over time. Internet Explorer and Netscape went at it for years until Microsoft essentially won that war by bundling IE into Windows and making it the de facto default internet application for most users. That went on for years until everyone got sick on how junk IE was and Mozilla, using the open source Netscape engine, built Firefox, the first "modern" browser anyone had used in ages. Google than got into the game, Microsoft finally started updating IE again, and even Apple decided they needed to make a good browser. 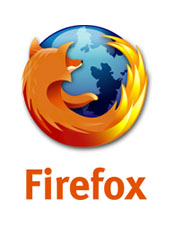 We're now at a point where most people know there are multiple browsers to use. More importantly, though, the basic version of each of the main browsers out there -- IE, Firefox, Chrome, and Safari -- are all about as good as each other. Sure, some of them handle some things better than others (like JavaScript or browser security), but it's all by minor increments. You can use the default configuration of any of the browsers and your user experience will be about the same across the board, and it'll be pretty good. You shouldn't notice any variance for the websites you hit looking at them in any of the browsers -- all the big companies have agreed upon standards they follow and they all strive to make their browsers as compatible with the modern web as they can.

That said, I personally don't use a browser in its default configuration. What sets all the browsers apart is how they handle plugins and extensions. Mozilla got that ball rolling early on and, despite Google joining the extension game early in Chrome's life, Mozilla still, hands down, has the larger extension library. More people use Chrome over Mozilla (because for a while there Firefox wasn't as good with memory handling as Chrome, and Google ran away with the crown), but if you really want to customize your experience, you would tend to use Firefox.

Personally, I use Firefox... sort of. A more recent Firefox update changed the deep down code of Firefox, and in the process the engine all the plugins used was changed as well. Eventually those old extensions were no longer allowed on the newer versions of Firefox, and there came a rift if the extension eco-system. The removal of old extensions hit me pretty hard, to the point that I couldn't upgrade to Firefox.

See, I love one extension in particular: Tab Mix Plus. That extension allowed me to change the behavior of tabs, making it so I could double-click the tab bar to open new tabs, double-click tabs closed, and move the tab bar to the bottom of the screen. I've been using this setup for years and any time I go into a browser that isn't setup this way I have to actually think about how everything works. It's fast and efficient for me, something that at this point, for my workflow and ease of use, I have to have. Firefox killing this extension (a new version is in development but it could be a very long time before a good, full-featured release, is available for the new versions of Firefox) put a serious crimp in my use.

My solution wasn't to switch to Google or something else, though. No, technically I still use a version of Firefox. My default browser now is Waterfox, a fork of the pre-revamp Firefox engine. Admittedly, I know this isn't as secure a browser as mainline Firefox, but the group behind Waterfox does update it and they try to work all the patches to the main-engine into their version. It's a band-aid for me but I get to keep using Tab Mix Plus the way I like it, so that's not nothing.

One day I'll switch to the newest Firefox and on that day I'll once again be able to customize my browser the way I like. Until then, I found a solution that works for me and I don't have to use some "lesser" browser (anything outside the Firefox ecosystem) to do it.