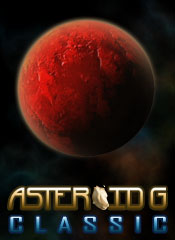 A kaiju, in one easy sentence, is Japanese for "strange/mysterious monster". Most westernized people translate this to mean "giant monster", which is a common mistranslation. In fact, there are three different types of 'kaiju': daikaiju (giant monsters), kaijin (humanoid monsters) and Yokai (ghosts and spirit monsters). Daikaiju includes the more popular monsters such as: Godzilla, Mothra, Gamera, Ultraman and King Kong. Most people will only talk about daikaiju, because Japanese kaijin are not very popular in western cultures. Kaiju can technically include non-Japanese monsters (such as Dracula, Freddy Kruger, and the Invisible Man) but when talking about Kaiju, most people will only be referring to Japanese kaiju. All of these monsters [daikaiju, kaijin and yokai] make up the kaiju eiga (monster movie) genre in Japan.

Yokai, simply put, are the metaphysical kaiju manifesting themselves on the earthly realm. This would include: ghosts, demons (called oni in Japan), shape-shifting monsters (such as the Okami or Tanuki) and an assortment of other demonic goblins. Yokai are not very popular outside of Japan, and there are not very many movies featuring Yokai that are brought to the Western World. Some anime, however, does focus greatly on Yokai (for example, a lot of Studio Ghibli films focus on Yokai). One Japanese movie, The Great Yokai War, focuses heavily on Yokai (as the title suggests) and has been released in the United States, so while this part of the genre is underrepresented available in Western countries, it's not impossible to find.

Kaijin are what lies in the human heart. Kaijin can be humanoid monsters (such as Frankenstein) or even a deranged serial killer (such as Jack the Ripper). Every living person has the potential to become a kaijin, because humans are inherently evil. Most police dramas and crime films can be counted as Kaijin movies; if you were looking for a more traditional kaijin flick, I one would suggest picking up Tomei Ningen (although finding a copy isn't easy); it is one of the best kaijin movies out there, and made by the great Toho! Like other kaiju, kaijin can be the good guys ... for every ultimate evil there has to be an ultimate good to defeat evil.

By this point, you already know (or figured out) that daikaiju are giant monsters, but what makes a kaiju a daikaiju? Daikaiju started off as menacing monsters that did not have a specific agenda; most were viewed as evil mutations of common animals or space invaders. After the success of "Gojira" (the first Godzilla movie) Toho (the undisputed leader in Kaiju film) decided to make Godzilla more of a protector. Kaiju started to ward off evil (a popular example is the moth daikaiju Mothra) and protect the citizens of Earth... while destroying cities...

The first rule for a kaiju being a daikaiju is the monsters size. If the monster can easily knock over a building and squish helpless pedestrians, then the monster is a daikaiju.

Aside from the monsters size, it also has various powers. For example, Godzilla (the most loved and well-known daikaiju) is a mutated lizard that can breathe fire.

Traditionally, daikaiju were specific to only Japanese kaiju, but after the release of Peter Jackson's "King Kong", heated debate started in the kaiju fandom community about whether or not the 'ethnicity' of monsters matter when classifying a monster as a daikaiju.

Now, taking what you just leaned about daikaiju, would Peter Jackson's "King Kong" be a daikaiju. King Kong is obviously the size of a building, and has no problem squishing people (although King Kong is smaller than Godzilla, King Kong is still massive in size when compared to a human). However, at the end of the day, King Kong is just a big gorilla. There's nothing supernaturally special about the great ape; he can't shoot laser beams out of his eyes nor can he shoot electricity out of his finger tips (he is able to smash beer cans against his head, but that's only really useful at frat parties). The American King Kong (there is a much more powerful Japanese King Kong that IS a daikaiju) is not, by definition, a traditional daikaiju. However, he is still a giant monster that trashes cities and kills a bunch of people ... so, in the spirit of daikaiju, King Kong could be considered daikaiju.

This debate continues to rage on, so it would be wise to pick a stance and defend it (I personally always pick the side against any person that raises the argument -- its fun to argue)!

Let's use another American monster; the Matthew Broderick "Godzilla" from the 1998 movie "Godzilla". Now, without talking about how the movie strayed away from the spirit of Godzilla (a subject for another day), is the American Godzilla a daikaiju? He is massively huge -- an evil genetic mutation from a nuclear experiment.

He can shoot some sort of... something out of his mouth.

GINO (this is what Godzilla fans call American Godzilla -- it's an acronym for: Godzilla in name only) is a daikaiju. So, western monsters can (sometimes) be traditional daikaiju.

Two names you should always listen for:

Now you have the basic grasp of kaiju, you're ready to go forth and talk about any Godzilla battle you want... almost. When talking with a kaiju-fanatic, you will undoubtedly hear the following question: "Do you like Toho or Kadokawa better?" When a person asks you: "Toho or Kadokawa?" they are really asking you, "Do you like Godzilla or Gamera?". Instead of asking you (like a normal person would) straight out... they sometimes want to make sure you're not a "fake" kaiju-fan.

Many people who like Japanese culture (movies, television shows, anime, etc) know (or at least have heard of) the great Toho Company (Ltd.). They were the brains behind great films such as: Godzilla, Mothra, Lupin III and (sadly) the Hamtaro movies. Toho is, without a doubt, the largest (and possibly the most loved) independent movie studio in Japan.

Kadokawa Pictures is a small company that started off as the rival company of Toho. Kadokawa Pictures are best known for their Daikaiju Gamera. Gamera, like Godzilla, is a friendly daikaiju that quickly won the hearts and minds of a lot of Japanese youth. Kadokawa, unfortunately, went bankrupt in the 1970's ... causing a lot of its properties to change hands numerous times (Toho even produced a couple of Gamera films in the 1980's). It was recently bought by Kadokawa Shoten Publishing Co., Ltd and has quickly been gaining steam (almost rivaling Toho!). Kadokawa recently produced a Gamera film, and has been working on many independent projects (they are trying to eek out their own corner in the video game market). Unfortunately, not many Kadokawa projects are being produced, or distributed, outside of Japan.

With your new knowledge in hand, you are ready to talk about kaiju all day long (which, trust me, if you find a person talking to you about it good luck stopping them).