HBO Max has a lot of decent films in its collection, but it also has a lot of junk. Not to sugarcoat things, 2018's Robin Hood is absolutely part of that junk. I think there's a reason for that, though. Yes, it's a movie that was poorly conceived from start to finish, an attempt to take the well-known literary character and turn him into a superhero for the ages, and there are so many things wrong with it -- writing, acting, action -- that you'd be hard pressed to say anything nice about the film (and I won't), but I think the key reason is fails is in its conception: you don't turn Robin Hood into a superhero.

So let's be clear, Robin Hood has been many things over the years. First appearing in tales from thee 14th Century (giver or take a few decades), the hero cuts a Zorro-like figure (or, more accurately, Zorro cuts a Robin Hood-like figure). He fights for justice, he steals from the rich and gives to the poor, and his has his team of Merry Men who aid him in his adventures. He's a swashbuckler from before the age of pirates, a time when buckles may not have often been swashed. That certainly does sound like a superhero, in its own way.

Before Robin Hood, of course, we had even older heroes, the demi-gods of various mythologies who battle demons, monsters, and even the Gods, all on various quests. When that kind of mythology fades, figures like Robin Hood rose, as people are always up for a good adventure tale. And then the heroes like Robin Hood led eventually to pulp figures, like Zorro, and the pulps led to superheroes such as we know today. There's a line you can draw, sure, and you don't get heroes like SupermanThe first big superhero from DC Comics, Superman has survived any number of pretenders to the throne, besting not only other comic titans but even Wolrd War II to remain one of only three comics to continue publishing since the 1940s., SpidermanSure, DC Comics has Batman, Superman, and Wonder Woman, but among the most popular superheroes stands a guy from Marvel Comics, a younger hero dressed in red and blue who shoots webs and sticks to walls. Introduced in the 1960s, Spider-Man has been a constant presence in comics and more, featured in movies regularly since his big screen debut in 2002., and BatmanOne of the longest running, consistently in-print superheroes ever (matched only by Superman and Wonder Woman), Batman has been a force in entertainment for nearly as long as there's been an entertainment industry. It only makes sense, then that he is also the most regularly adapted, and consistently successful, superhero to grace the Silver Screen. (especially Batman) without the line drawn from mythology to Robin Hood to Zorro.

The key is that unlike, say, Batman, Robin Hood doesn't make sense being drawn up like a superhero. The same overblown mythologizing, the attempts to give him cool quips as he shoots arrows behind himself as explosions happen around him, makes Robin Hood into a ridiculous figure. Think about the last great Robin Hood movie, which came in 199 and starred Kevin Costner (it was Robin Hood: Prince of Thieves). That movie actually wasn't that great, at least not in retrospect, although it was wildly successful at the time, and while it made Robin out to be a hero, one that buckled plenty of swashes, it didn't make him into an overblown superhero.

Sure, yes, Robin Hood: Prince of Thieves is a bit melodramatic and over-the-top. It was ridiculous enough in its own right that Mel Brooks could perfectly parody it in Robin Hood: Men in Tights. In the process of skewering the hero, though, Brooks revealed why a modern adaptation of the hero that tried to apply him to our conventions doesn't work. Robin Hood is, in short, silly. He works in the context of a Medieval story, battling knights and saving damsels. He seems like he's perfectly fit a Bruce Wayne-style makeover: a hero that once was rich but not works for the common man, fighting injustice from the shadows all so he can free his city from corruption. That's a superhero, right? 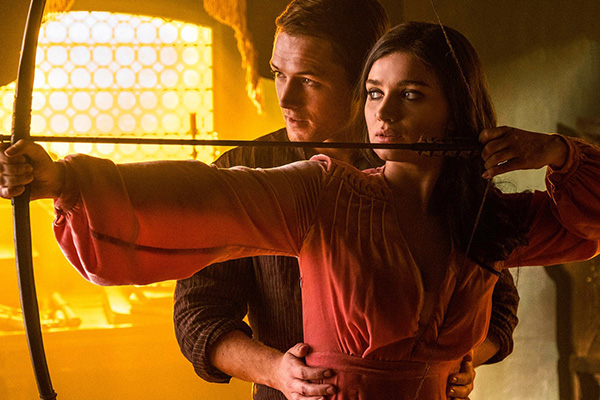 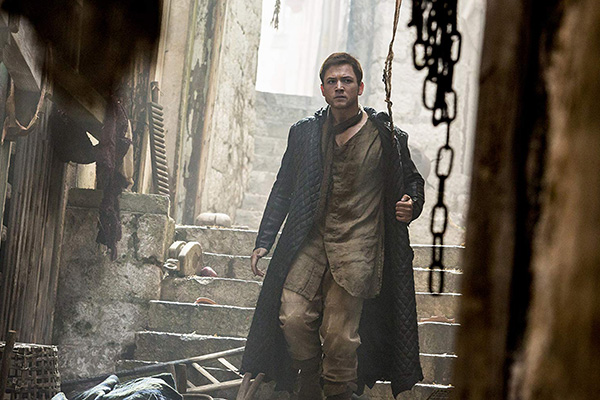 Robin Hood, from 2018, proves hos stupid that really is. Robin Hood here is, basically, Batman. Played by Taron Egerton (of The Kingsman) and trained to be a warrior by Yahya ibn Umar (Jamie Foxx), thee movie does its damnedest to remake all the myths and legends of the hero into a Gothamesque tale of superheroes against a super villain. But Robin Hood isn't Batman. He doesn't prey on fear, he doesn't have money to by cool gadgets and, most importantly, he is not the night. He shoots arrows really good which, when he see it done up in overblown action sequences, looks really stupid.

For all the flaws Robin Hood: Princes of Thieves had (many of them originating around Kevin Costner, let's be honest), it at least knew how to properly film swashbuckling action. Robin Hood comes from a bygone era but if you can find a guy that can swing a sword really good, and you have a director that understands that kind of action, you can make a pretty convincing Medieval epic. Robin Hood works in the era he's from, fighting human threats on the streets (and muddy roads) of Nottingham. When you try to transplant any moderns touches into that, though, the whole thing feels like a hoary mess.

Do you remember there was even a 2018 Robin Hood? Built as a franchise starter, Lionsgate spent $100 Mil to produce this 14th-Century set "superhero epic". The movie goes out of its way to try and sell itself as a superhero tale for the ages, getting actors like Egerton and Foxx, who had been in previous superhero films, to headline. But when you watch the film, seeing its threadbare plot (that every Robin Hood has done before) alongside its absolutely cheesy action, you understand why this film came and went with nary a blip in the collective consciousness.

Coming out before the Coronavirus outbreak, a film like Robin Hood had the hype of the big superhero moment (a decade of hero films coming out and making gobs and gobs of money) along with a recognizable name (who hasn't heard of "Robin Hood"?) and big-name stars. And yet, despite all that, the movie only made $85 Mil against its $100 Mil budget. Why? Because, even from the trailers you could see how bad this movie was. The stink of it comes off in waves, and that was just the trailers. Watching it in action, where it tries to mash an origin story for "Rob" (as the film calls him) against modern politics (did you know the Crusades look a lot like the War in Afghanistan, because the film shows you that) before remaking our hero into Batman, it's all just too much. 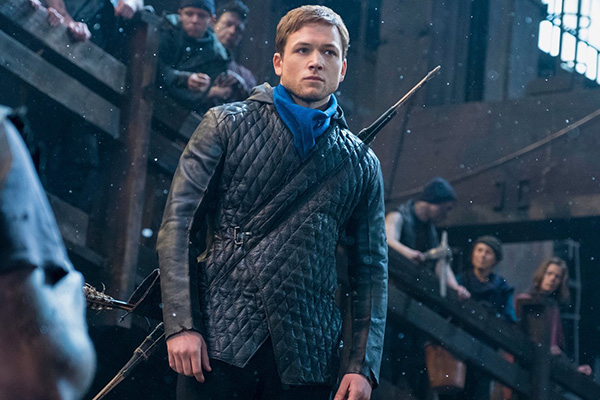 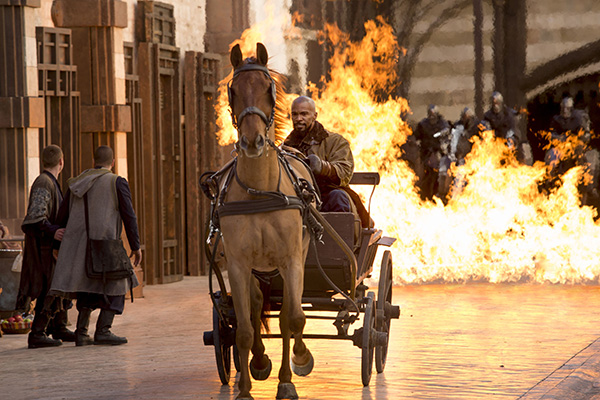 The film is an overblown, bloated mess. It had a huge cast of characters, none of which you'll remember. It had a steady stream of action sequences, all of them filmed in the dark, with way more CGI than was needed for bows and arrows, and it has leaden performances from its leads. Its the kind of film where you can see exactly how it was produced -- the film's bean counters said, "let's take a property in the public domain and turn it into a superhero epic because those are huge and the kids will love it" -- but while it had all the elements that should have made a money-making superhero epic, what it lacked was a soul.

Robin Hood is a hero, and when done properly he can even seem pretty super. But he's mortal, and fallible, and he works only in a very specific period done a very specific way. Some films get that -- Prince of Thieves, to a certain extent, as well as... well, actually, I can't think of many other really good Robin Hood adaptations -- but you have to understand how the character works, and why he works, to be able to produce a film that suits his good traits.

A hero that steals from the rich and gives to the poor could work in today's society. Certainly wee have plenty of oligarchs around that need to be taken down a peg of twelve, with society essentially being a second Gilded Age right now. A hero for this period, one that fought for us against the corruption that's so obvious, that's something that could work. 2018's Robin Hood failed to deliver that on any front, skipping real story for flashy action and a lack of substance. The right film could do Robin Hood justice; 2018's failed superhero franchise starter Robin Hood was not that movie.