Wake Up, Go Through Day, Die, Wake Up Again

I know I've talked about this movie before (over in my article about Time Loops, but with a sequel out in theaters right now it seemed like as good a time as any to go back and take a second look at the original Happy Death Day. It's a film that tries to apply the Groundhog Day formula to slasher films and originally I wasn't all that impressed. The question then is whether or not my opinion has shifted after watching it a second time? 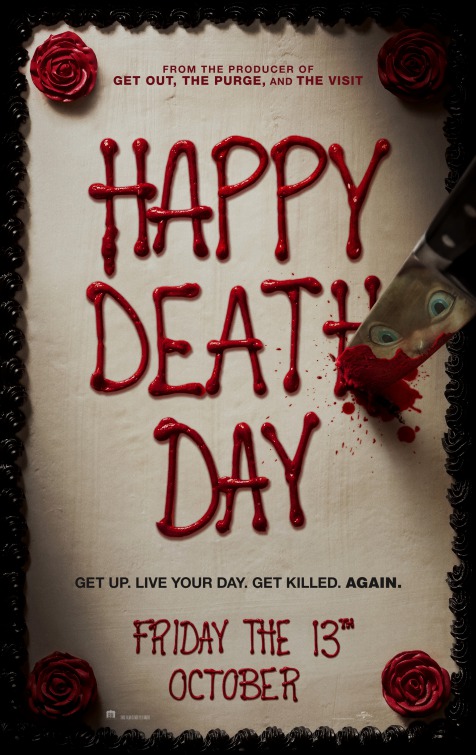 In short: not drastically, no. The film does have a lot of simple pleasures I can enjoy, but it's crippled by a desire to serve two masters: slasher horror and the PG-13 tween crowd. It's a thriller that's been sanitized to reach a larger audience when its very concept could have been used to create some fantastic, over-the-top slasher moments. It splits its attention and, in the process, loses the thread of what could have made it a fantastic horror title.

In the film, we're introduced to Tree (Jessica Rothe), our "Final Girl" (a term that can only be loosely applied since, yes, she's the survivor of the movie but, due to the conceit, also the one that dies over and over again). She wakes up the bed of a guy she doesn't know, Carter (Israel Broussard), after getting way too drunk the night before at a party. Storming out of the dorm room, she heads off to handle her day (which, today, is her birthday) -- she interacts with her roommate, Lori (Ruby Modine), attends the class of her secret lover, Gregory (Charles Aitken), and then dies at the hands of a masked killer (who may or may not be escape mass-murderer, John Tombs, played by Rob Mello). But then she wakes up in Carter's bed again, and it's once again her birthday. And then it happens again. And again. Everything she tries to escape her fate fails, and her day loops once more.

What's Tree to do? She's going crazy reliving this day over and over again (all while slowly feeling the pain of all her deaths) but there's no clear way for her to escape her fate. Maybe she has to be a better person, or figure out the identity of her killer or finally reconnect with her father. Whatever it is, she's going to have to figure it out quick -- she can only die so many times before her body takes too much damage and she's dead for good.

The biggest issue with Happy Death Day is that for a horror movie the film just isn't scary. Sure, there are a lot of deaths in the movie as Tree is killed off time and again (as are a few of her friends at various points). The fact that none of the deaths actually stick, though, means that none of the kills have any horror behind them. Sure, the first couple of stalk-and-kill sequences in the film try to build up the suspense, but very quickly the film moves away from this, montaging many of Tree's deaths against a jaunty theme, playing it all for laughs. 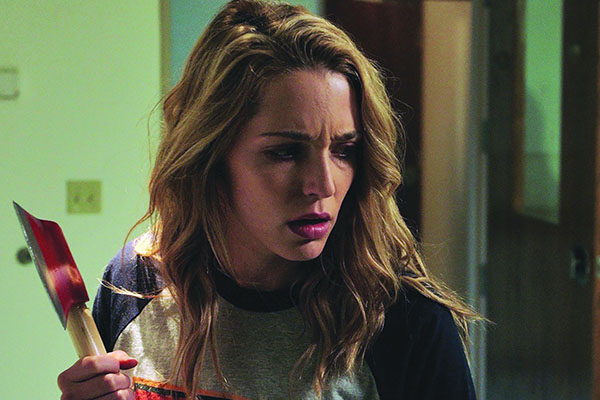 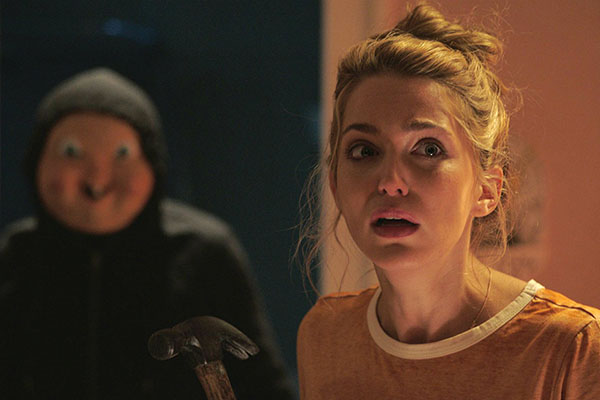 It's also a very bloodless horror film, and that's because of the PG-13 rating. A horror movie can go a long with some good gore and effects, but because this film had to appeal to a wider audience it lacks many of the thrills that can sell a good slasher flick. That pesky PG-13 rating leaves the film aping the slasher genre without really belonging to it at all.

That said, if you can get past the fact that it's not really a horror movie, Happy Death Day can be enjoyable in its own way. Rothe is great at comedy and she makes an appealing lead dealing with the time loops and constant deaths she has to deal with, time and again. While I bemoan the montages that show her various deaths, there is a fun, comedic charm to them -- yes, they deflate the horror of the setup but if you view this film as a comedy and not a horror, she's able to sell that material really well. Rothe is able to sell the material in an appealing way, making the most of what little she's given.

Since the rules of the time loop are different here than in, say, Groundhog Day, there is also a certain pleasure to be had in exploring the setup. The day seems to reset every time Tree dies (I say "seems" because the sequel muddies this some), so that provides a definite reset point. How the events play out, and what changes happen as Tree goes about her day in various ways, sets the event dominoes on their course, and we can explore those events from various lenses before our heroine dies again. It's interesting to see from that perspective, although sadly the movie isn't able to push the conceit far enough, unlike Groundhog Day. It's fun, but ultimately shallow. 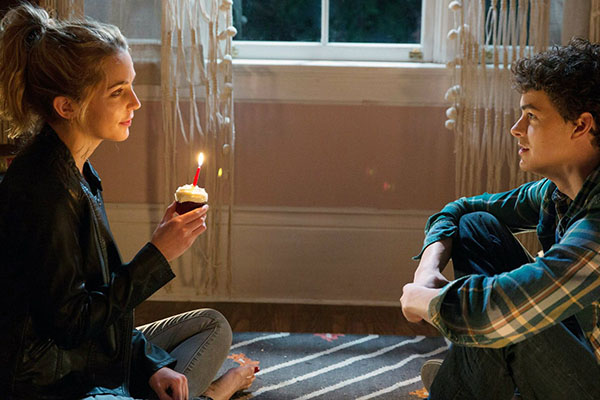 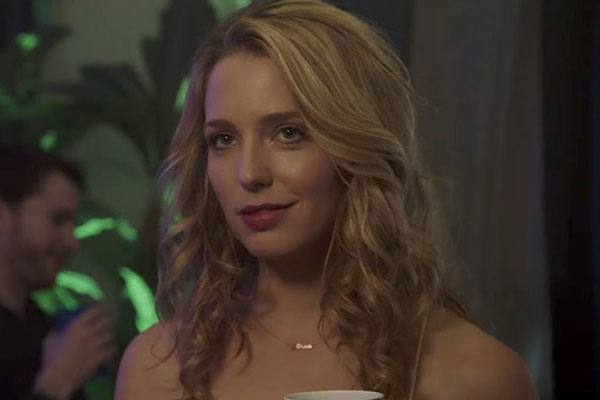 That's really the biggest issue with the film: it's too shallow to explore any of its lofty ideas to their fullest. It doesn't want to be gory, scare-filled slasher flick so it spends a lot of its run time on the comedy of the setup and the rules for Tree's predicament. But then, at the same time, it doesn't really think through how much Tree could get away with, or what all she can do, and try, and learn, as the day loops upon itself over and over again. In fact, by the tenth loop the internal damage to Tree's body has gotten so bad that she realizes she'll die if she has to loop the day too many more times. That sets a hard end-point for the film. Maybe it was supposed to up the stakes of the movie, but for such a casual, low-stakes horror flick, that twist simply doesn't play.

It's hard to view Happy Death Day as anything other than a missed opportunity. In different hands the film could have been a balls-out horror fest, or a gore-filled splatter event. In a different light maybe it could have been a single-flick play on Day Break. Instead it's unable to commit to any of these modes of storytelling and simply stays in the middle of the road, mediocre but appealing to the masses. You'll probably have fun with this film once, but in the end it will leave you wanting.